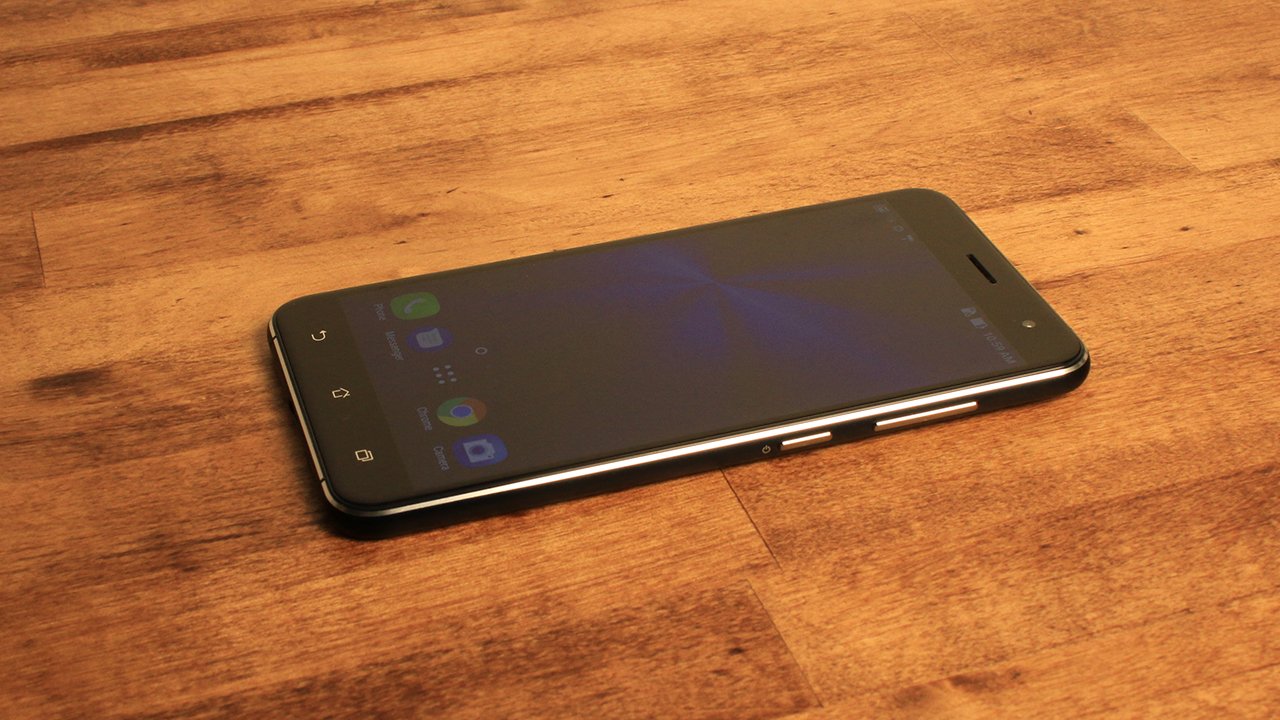 My review for the Asus ZenFone 3 couldn’t come at a more perfect time. After getting checked in the hip by an unaware shopper with a cart, my iPhone 6 is now cracked and I’m in the market for a replacement. Enter the Asus ZenFone 3; a phone that delivers everything a moderate user needs for a mid-range price.

Starting with specs, the ZenFone 3 won’t blow any enthusiast away. The phone’s foundation is built on the Qualcomm Snapdragon 625 processor clocked at 2GHz, coupled with 4GB of Ram and 64GB of internal storage on board. Memory can further be expanded with a microSD card up to 128GB. Lastly, the OS is a blend of Android’s 6.0 Marshmallow and Asus’s own ZenUI 3.0. While these specs are modest, due to their high power efficiency and an accompanied 3000mAh battery, the ZenFone 3 boasts 16 hours of battery life while under load. This is perfect for people who love to use their phone for gaming or applications during their regular transit commute but still want a single charge to last the entire day.

The ZenFone 3 features everything a modern smartphone needs to remain competitive. First, the sleek design of ZenFone’s metal frame and all-glass front/rear plating is really eye-catching compared to the boring all-metal approach offered by the majority of the market. It’s a fingerprint magnet for sure, but the brilliant glare always pops through when lit and looks great. While 145 grams may make this phone feel slightly obese, the ZenFone 3 felt comfortable to hold because of its 7.69mm profile and it didn’t slip around in my hands like I originally expected.  The 5.5-inch full HD screen is both vibrant and crisp. Due to the display’s high brightness level, users shouldn’t suffer from poor viewing angles or light visibility. However, my issue with this design is that the three main menu buttons are not back-lit, making them hard to locate in poor light.

For the photography nuts out there, the ZenFone 3 features a protruding 16mp rear-facing camera and an 8mp front facing camera. Both are commonly found in the market today, but the extensive customization Asus has put forth in their PixelMaster3.0 software gives users some much-needed flexibility when lining up their next perfect shot. Colours consistently looked vibrant in any lighting situation and I only lost detail from noise when testing the phones options in select low-light environments. Include the ability for the phone to use both Optical Image Stabilization and Electronic Image Stabilization when setting up a shot and this creates a consistently crisp experience for the user, whether they’re taking a photo or shooting a video.

Performance wise, the ZenFone 3 can comfortably handle everything currently on the market due to its integrated Adreno 506 GPU. Even during the most intense games I could throw at it, the phone responded accurately and smoothly with no stuttering or lost frames. Compared to my experience with the iPhone 6, I couldn’t believe that the ZenFone 3 didn’t have any huge hot spots or flare ups while operating under a heavy load. This goes to show that Asus’s optimization software running in the background works beautifully and is keeping the phone working at tip-top condition at all times.

Now that we’ve touched on software it’s time to address the elephant in the ZenFone’s UI: all of the bloatware. While still not as extensive as what previous users expect out of Asus, the majority of these apps just feel useless and tacked on. A lot of effort has come for the user to truly make the phone feel comfortable to operate. Notifications come from left, right and centre upon the phones first boot-up and the madness only continues as users install new software. The two apps to keep for sure are ZenUI and Game Genie. Game Genie is located within ZenUI and gives users the ability to record their gameplay for YouTube or stream to Twitch, but it also boosts gaming performance by giving the phone a slight overclock. Lastly, ZenUI is the user’s core mobile manager, optimizing storage and managing the phones power and performance. The functionality of this software works great and presents the user the most important information about their device in easily understood ways.

The ZenFone 3 is a great candidate for moderate smartphone users to consider when picking through the market’s extensive catalogue. While I can’t provide price-performance metrics like I usually do in my tech reviews, the ZenFone 3’s main competitors to consider are Motorola’s G4 line of smartphones, which lie comfortably within its price bracket and offer similar specs. This phone won’t satisfy the benchmark junkies or most enthusiasts, but as a moderate user, I couldn’t be happier with how the ZenFone 3 performed to my needs.

The Asus ZenFone 3 is a great smartphone to consider in its price bracket if you’re a moderate user who enjoys gaming and photography.