What Price Do You Put On Your Childhood?
SCORE: 6/10 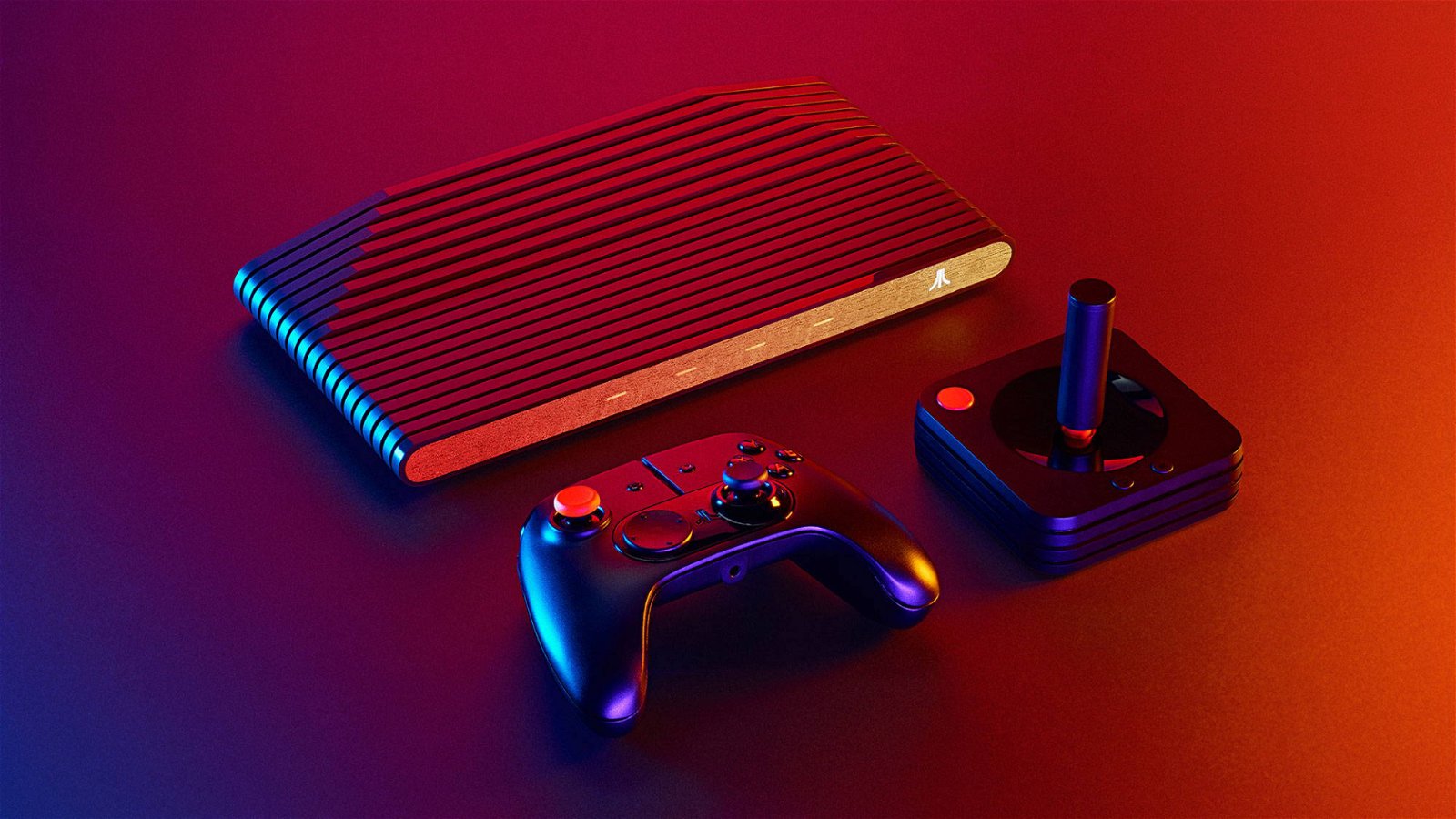 Retro fans have waited for four years for the Atari VCS to come to market. Numerous delays and Covid-19 have kept this curious console out of our hands. The first units found their way to Indiegogo backers in December 2020 and U.S. consumers could get their own console as of this past June. Now, the VCS is available in Canada, and it’s time to find out if it was worth the wait.

The Atari VCS is named for their original console, The Video Computer System (famously renamed the Atari 2600). The company was the pioneer of home gaming and, in the wake of Nintendo’s NES Classic, announced Project Ataribox, a move that most expected would be a copycat of Nintendo’s dedicated retro console. But in the end, they aimed so much higher.

In addition to being a classic gaming console, the Atari VCS can play more modern games, a smart box, a streaming device, and a PC. The VCS is built with an AMD CPU and Radeon Graphics, 8 GB of RAM (expandable to 32 GB and 32 GB of internal Storage (With an M.2 SSD SATA slot for expansion). and on paper it is up to the task of its wide variety of duties.

Also included are 4 USB 3.1 ports, an HDMI port supporting 4K, Ethernet port and Bluetooth capability. It operates on an Ubuntu-based Linux OS and its performance at preview events was compared to a Linux Gaming PC.

Also included with the All-In package is the classic Atari Joystick and a controller more akin to the modern controller (think of an off-brand X-Box controller). They can both be controlled via a connection with a micro-SD cable or connected via Bluetooth. The joystick comes with some extra buttons to navigate through menus. The stick can also be rotated to control certain games.

“In addition to a classic gaming console, the system can play more modern games, a smart box, a streaming device, and a PC.”

The Atari VCS Vault contains over 100 classic games including Pong, Asteroids, Defender, Ms. Pac-Man and more. Beyond gaming on old Atari games, the VCS can download apps like Antsteam and play classics like Mortal Kombat, Double Dragon and Ninja Gaiden or Stadia like Hitman, Mafia III or Terraria.

Plenty of other apps are available for the device as well that turn your TV into a smart device. Streaming apps like Netflix, Disney+, Amazon Prime Video and Apple TV Plus. Google apps like Docs, Chrome and Gmail are available, as are apps like Twitch and Discord. You can also purchase several additional games and apps in their store.

The final feature of the Atari VCS is the ability to turn the console into a full-on PC. With an external hard drive complete with an installed OS like Windows, all you need to do is plug it into the Atari VCS, and it will come alive as a PC. When you unplug the hard drive, it returns to its Atari OS with no issues.

“With an external hard drive complete with an installed OS like Windows, all you need to do is plug it into the Atari VCS, and it will come alive as a PC.”

I was given a hard drive with Windows 10 and a thumb drive with Debian. I tried each of them in turn and the only delay in the transition between operating systems is the initial setup. Once that has been done, switching between them is lightning fast. Just make sure to shut off the Atari VCS between changing them. The operating systems were fast and responsive given the small size of the device.

The gameplay on the Atari VCS is a retro delight. Playing the old Atari games brought me back to my childhood (when the Atari 2600 was still pretty old). The simplicity of the games is a refreshing bit of fun. My personal highlight was Antsteam Arcade. Games of the 80s and 90s are my real childhood, and this platform has them all.

The system as a whole is ambitious, but it may be an electronic Icarus who has flown too close to the sun. While it does a lot of things well, it does nothing great. Atari’s focus on trying to make the system everything keeps it from being the best retro gaming platform, smart box, or PC.

While they all perform adequately, the price tag of the Atari VCS is what really makes you evaluate its overall value. At $399 USD, the console costs more than the new Nintendo Switch OLED. We have to be clear that the Atari is really more of a novelty.

Retro gamers have plenty of reasons to love it, but there are better smart devices out there and more affordable mini-PC solutions (also keeping in mind that you have to supply an external drive and OS to make it a PC in the first place). This price is just too difficult to justify.

The Atari VCS could be a really fun device for the retro gamer and a serviceable computer for someone who doesn’t have the need for the power of a more traditional gaming PC, but its price point is just a bit too high to recommend. Should they offer a streamlined and more affordable arcade system (Keeping access to the other platforms, but losing everything else), we might have a more serious contender.