Easy To Use, Clear To See 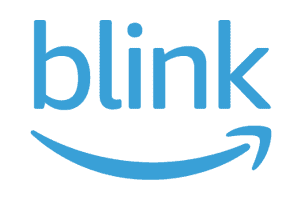 The holidays can be a fun time to hang out with family and friends, but keeping them safe can always be something that crosses your mind. At least, that is what goes through my family’s mind when theft rates in neighbourhoods skyrocket–more so in North America. And if you live alone, it can be good to have that safe blanket of security, knowing that if you are sleeping or away from the house, you can see exactly what is happening in your house at all times.

This is where Amazon has created the best bang-for-your-buck solution. The Blink Mini smart security camera offered me some peace of mind with its high quality 1080p camera, with motion detection and two-way audio. While it was marketed as an indoor camera, it could also be a great way to capture what lurks outdoors from inside. This could also be used as an indoor plug-in chime for the Blink Video Doorbell. It could provide a visual of outside even if the camera was indoors, which could be connected to an Alexa Echo Show for ease-of-access.

Even at night, this small, effective security camera maintained its peak HD clarity. And if there were any of those pesky Home Alone robbers, this camera would be able to capture them. It can capture up to 110 degrees in its field of view at up to 30 frames per second. Every single device included one Blink Mini smart security camera, mounting kit including stand, USB cable, and power adapter–with one year of limited warranty and service.

It also came with a free 30-day trial for its Blink subscription plan that offers up to 90 minutes of save and stored continuous extended live view. The free trial was essentially a taste of the $3 per month/$30 per year Basic plan. This plan offered live motion detection video, 60-day unlimited video history, video sharing, rapid video access, photo capture and supported one device.

“The Blink Mini smart security camera offered me some peace of mind with its high quality 1080p camera, with motion detection and two-way audio.”

There was another tier higher, the Blink Plus plan that offered everything in the Basic plan, but had unlimited devices that the camera could be linked to–with extended warranty coverage and 10% off future Blink devices. The cost for this plan was $10 per month/$100 per year.

Where the Blink Mini smart security camera became a little less comprehensible was with its limited mobility in terms of panning and tilting capabilities–at least not included in the initial cost. Apparently, a separate device that costs about $29.99 could be purchased to allow the camera to pan and turn. So, the $44.99 camera would essentially transform into a $70-$80 dollar one–not very economic for a small upgrade alternative security camera offer.

While the Blink Mini smart security camera was advertised as the more affordable option, the additional services and costs added up. With all the add-ons, one camera could end up costing over $100. On the other hand, the Blink Subscription Plan Plus covers all video recording devices, so it seems like the investment could be worth it if you plan on having multiple cameras and other Alexa-compatible devices.

“Whether you are looking for a cost-effective solution for feeling safer this holiday season or wintertime, the Blink Mini smart security camera can withstand the most basic of security tasks.”

In comparison to my experience with a similar-tiered security camera from Blurams, it seemed like Blink’s was technically superior in most cases. The Blink Mini smart security camera primarily lacked manoeuvrability without having the built-in panning and turning feature included. Arguably, the design seemed to be that the camera would be less visible, if so, Blink has definitely achieved that.

I would have loved to see a wireless option or battery-operated version, in case the power went out. The plug-in feature limited where I could set up the camera because it needed an outlet or extension cord–making it more visible and pronounced. Also, it could have had some kind of offline/backup option such as having an in-house microSD card slot. But the easy setup out of the box helped overlook the lack of some of its hardware shortcomings.

Finally, the Blink Home Monitor app was simple to create an account, and the nitty-gritty features were quite impressive. It could be armed and disarmed like any other security and alarm system. This meant that if you were in the room and wanted to avoid getting notifications of motion, you could disarm it temporarily.

I found the activity zones a refined feature not found in other security systems. This feature allowed me to turn off motions in small parts of the capture area where I knew there would be glare from outside which could trigger false motion detections. The infrared (IR) intensity could be adjusted for different levels of what could be picked up when it is in Splinter Cell night vision mode.

Whether you are looking for a cost-effective solution for feeling safer this holiday season or wintertime, the Blink Mini smart security camera can withstand the most basic of security tasks. While it could have had some of its panning and tilting features included in the cost, its abundance of features was capable of plenty—especially for users that utilized Alexa-compatible devices.