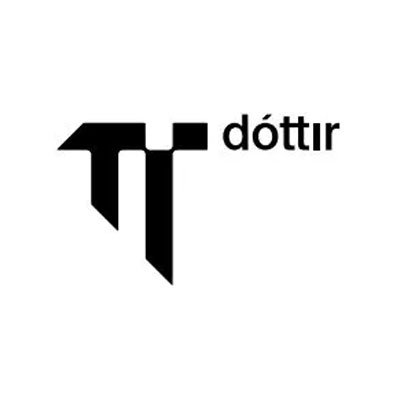 Spring season is always known for its new beginnings, and it is typically a time where a lot of people start going to the gym to work on their hot bod summer. I am one of those people, and like the other go-getters, we need our favourite jams from Spotify and Apple Music to pump us up and get us through our workouts. The dóttir Freedom On-Grid headphones are meant to be ideal for both athletes and those with an active lifestyle—and it has made a massive impression on me.

JBL and Jabra have shown their efforts in creating earbuds for users with an active, sporty life. dóttir has brought some interesting competition. This brand brought the two-time World’s Fittest Women together, who each won the CrossFit Games twice together— Katrin Davidsdottir and Annie Thorisdottir. The two athletic friends had the idea of innovating headphones tailored for athletes with a message to support female empowerment and equality—the name “dóttir” even derives from the common Icelandic surnames, similarly found in the two athletes’ names.

As someone who has been getting back into spring training and workouts, the dóttir Freedom On-Grid headphones were a godsend. They perfectly sat on my ears both around the ear and the rubber tips inside my ear canal. I was happy to see twelve pairs of different earbud tips for a wide range of different users’ ear canals. The number one question once it was fitted perfectly was, would it stay on throughout my rigorous cardio and aerobic workouts? The answer was an astounding yes!

“As someone who has been getting back into spring training and workouts, the dóttir Freedom On-Grid headphones were a godsend.”

I even pushed the limits by doing exercises and workouts that involved jumping and quick, jerking movements, the dóttir Freedom On-Grid headphones barely budged. Where other headphones or earbuds promised they would not fall out during exercising, this one from dóttir triumphed. I never had to re-adjust or pick them up from the floor—in these COVID times, that is both a hazard and yucky! On the topic of yucky, all my hard work of blood and sweat (mostly sweat) did not stop these headphones—with their IPX7 waterproof rating, they cleaned up nicely after each session.

The option of turning on the active noise-cancelling (ANC) feature was a standout addition—no one really wants to talk to anyone at the gym too much, do they? The introvert in me just wanted to catch up on Attack on Titan and stay in the loop with Moon Knight while walking on the treadmill. And you do not have to be at the gym to use the ANC setting, rather, it can enhance the user’s focus and allow them to hear everything they need to with less environmental noise distracting them.

As per usual, the dóttir Freedom On-Grid headphones came in their charging case, which was a circular, silver-and-white case (also available in all-black). The case itself was quite bulky and heavy compared to other wireless earbuds or headphones—but it was justified. The charging case battery was said to have five additional charges on top of the charge the headphones began with. Each charge was said to last for from 8-12 hours depending on whether the noise-cancelling setting was on, and it was said it could last up to 72 hours overall.

Since using the product for about a month, for roughly three to four 2-hour gym sessions a week, I have yet to put the case and headphones to charge. In addition to the gym time, I used it for about two or three 5-hour work shifts. I am not sure which charge I am currently on, but it has proven to be one of the best headphones (and devices) that has gone without recharging the whole system for the longest duration I have ever seen.

If there was one small thing I wish the dóttir Freedom On-Grid headphones had, it would be to have a better design at informing the user of which charge they were on—maybe five LED lights instead of one. Based on the user manual, the only way to tell is by looking at how many times the LED light flashes every two seconds, which is fine but could be better shown.

Also, I would have loved to see more integration of the fitness branding through an app, which would have some fitness statistics found similarly on a Fitbit device or Apple Watch. These would be my suggestions or room for improvement, if there is going to be a newer model coming out.

I believe users get exactly what they pay for at the $149.99 price point, as the dóttir Freedom On-Grid headphones and case also came with a protection mesh bag and sports towel. From the design to the performance, the Freedom On-Grid Headphones were built tough like an athlete. Clearly, Davidsdottir and Thorisdottir have innovated one of the best experiences for sporty headphones that would allow the user to be laser-focused in their regimens. I could not name better headphones designed for fitness and an active lifestyle.