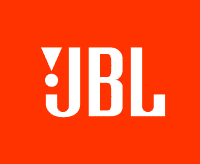 The JBL Quantum 810 represents the latest in the LA-based electronic manufacturer’s premium wireless gaming headset line. Still, if it looks strangely familiar to you, that would be because the 810 is the direct follow-up to the JBL Quantum 800 that we featured back in July of 2021. As the name suggests, the Quantum 810 is more of an update than a completely brand-new edition, with the most notable difference from last year’s model being a dramatic improvement in battery life (up to a whopping 43 hours from 14).

Let’s first address the elephant in the room. Like the 800 models before it, the Quantum 810 is optimized for PC gaming and utilizes the JBL QuantumENGINE app to access the headset’s advanced features and settings. An apparent consequence of this is that the headset’s built-in JBL QuantumSURROUND and DTS Headphone X: v2.0 spatial sound modes are limited to PC only.

Other compatible platforms (PlayStation 4|5, Nintendo Switch and Mobile) are forced to make do with 2.0 Stereo, regardless of whether users are connecting to it via the included 2.4GHz wireless dongle, 3.5mm cable, or Bluetooth. Meanwhile, the Xbox platform is traditionally weird with standard USB dongles, so there’s no wireless support for Microsoft’s consoles whatsoever.

In the box, users will find the JBL Quantum 810 headset, a 1.5m JBL Orange braided USB charging cable, a 1.3m, 3.5mm audio cable of the same build with a line-in remote, a 2.4GHz Type A USB dongle, a Quick Start Guide, and a somewhat tacky, JBL-branded dustcover bag (sorry, no hard case folks).

Weighing in at 418 grams (14.7 ounces) and measuring approximately 20cm (8 inches) across without one’s head resting in between the earcups, the JBL Quantum 810 is a seriously large and weighty pair of cans that are fully intended to get the wearer noticed.

The reflective, faux-chrome finish surrounding the earcups, the shiny metallic finish of the generously thick headband and the large JBL logos emblazoned in both areas are all accents that are impossible for onlookers to miss, and that’s before engaging the built-in RGB lighting system. I already have an awkwardly large dome, so putting on the JBL Quantum 810 for the first time made me feel rather silly at first. But after allowing a minute or two of adjustment, I gradually convinced myself that I could rock the look.

Then as per the instructions, I downloaded and installed the JBL QuantumENGINE app on my PC, updated both the software and headset firmware to the latest versions and fired up the headset’s RGBs. It was at this point the real show began. I kid you not, the instant that the JBL logos and ring lights ignited on the sides of my ears in a variety of pulsing, flickering patterns, I simultaneously felt like a walking advertisement for the brand as well as the third, unknown member of Daft Punk.

For a few moments, I felt completely ridiculous. Still, once I imagined the right outfit and the appropriate scenario to go along with it (for example, livestreaming and content creation), I could at least see how useful and cool RGB lighting in a gaming headset could be.

QuantumENGINE software users can pick one of five different RGB pattern presets and run with them as-is, or alternatively, they can dive into an “Advanced Mode” where they can individually tweak the colour, length, tempo and desired special effect of each “beat” within that pattern, making a seemingly infinite number of lighting combinations possible.

This level of granularity seems perfect for streamers and content creators who want to match the lighting of their existing setup. Of course, users can alternatively choose to disable the RGB feature entirely when desired to conserve battery life. As mentioned earlier, the 810 can last up to 43 hours on a single, 3.5-hour charge, and it literally took me about three weeks of on-and-off casual use to fully drain it.

During those three weeks, however, I had no complaints about comfort or ergonomics of the JBL JBL Quantum 810. The plush leather memory foam of the earcups is both spacious and gentle on the ears but snug enough to create an effective seal for the headset’s Active Noise Cancelling and TalkThru features.

Similarly, the headband cushion provides plenty of clamping force on the head without getting uncomfortable, with the slight drawback that a significant amount of violent head-shaking will certainly dislodge it. So the 810 might not be the ideal headset for those that tend to throw temper tantrums. PC Gamers looking for an extremely comfortable headset that can be worn for hours at a time however need look no further, however, as the JBL Quantum 810 is easily the “cushiest” headset I’ve had the pleasure of wearing.

Most importantly, as a wireless surround sound gaming headset primarily targeting PC gamers, the JBL Quantum 810 solidly delivers on the essentials. I found both QuantumSURROUND and DTS Headphone:X 2.0 modes to be quite immersive when playing games or watching movies. If asked which virtualized surround solution is better, I would have to give the edge to Heaphone:X. It just sounds a tad richer and appears to take superior advantage of the 810’s Hi-Res 50mm drivers in providing positional information for immersive play. Both modes are quite good for enjoying reproductions of live musical performances as well.

As one would expect from a JBL product, the Quantum 810 is no slouch when it comes to traditional stereo, either. I spent an extensive amount of time listening to high-quality Spotify tracks on my PC and smartphone phone and was always impressed by both the sound clarity and powerful bass response, regardless of the connection method (2.5GHz, Bluetooth, or wired).

Having said all that, I think it’s criminal that the JBL Quantum 810’s Flip-to-Mute boom microphone can’t be detached and that a second, built-in internal mic wasn’t added as a backup. The aforementioned RGB lighting options of the headset are clearly meant and deserve to be seen out in the urban wild. Still, the 810’s big, plasticky mic runs completely counter to this argument in both fashion and function. It has no flexibility at all, and it can’t be discreetly tucked away. It just seems like such a waste of a $300 CAD headset not to be able to show off its dazzling RGBs on the go without the eyesore that is the boom mic.

If you read my recent review of the JBL Quantum TWS earbuds, you’ll recall that I wasn’t quite sold on their Active Noise Cancelling, but there’s no questioning the feature’s effectiveness here. A more apt description of the mode would be “Active Noise Distancing,” as when the feature is active it doesn’t really eliminate background noise but instead tends to “push” noise from the surrounding environment further into the distance where it’s less distracting. I found this extremely helpful for working on writing articles at one end of the apartment while my wife watched her TV dramas at the other end.

JBL’s TalkThru feature on the other hand, behaves just as it did with the Quantum TWS, essentially muting your music, phone call or other incoming signal and allowing more sound from the environment into the headset so that you can hear and carry on conversations with those around you. I’m much less enthused by this mode though, considering the same effect can be achieved simply by pausing your game and taking the headset off for a moment.

“I’m a fan of the JBL Quantum 810, though there are some puzzling missed opportunities that I just can’t comprehend.”

Overall, I’m a fan of the JBL Quantum 810, though there are some puzzling missed opportunities that I just can’t comprehend. The biggest fumble by far has to be the Quantum 810’s complete lack of compatibility with JBL’s Headphone App for mobile, which could have allowed for more in-depth EQ tweaking or on-the-go RGB lighting options, not to mention a secondary, more visual way to enable or disable the headset’s ANC and TalkThru modes. It just seems odd that JBL chose not to leverage the versatility of its mobile app with this product as they did with the Quantum TWS.

Another pet peeve is the absence of any in-line Bluetooth controls on the provided 3.5mm wire’s remote, or any intermediate-level controls for Bluetooth on the headset proper. Considering that the headset’s Power On, Bluetooth ON, and Bluetooth Pairing function all share the same slider button, going an extra step by providing a full-featured multifunctional button or joystick nub that could have offered playback controls doesn’t seem like it would have been too much of an ask. You can’t even pause your music or pick up a call without using the controls on your connected device. Madness!

I also spent some time using the JBL Quantum 810 on PS4, revisiting games like Uncharted 4 and Until Dawn, and while the audio experience via the wireless dongle was nice to have, without spatial sound it’s a markedly stripped-down experience from what JBLQuantumSURROUND offers on PC. If gaming on PlayStation, Xbox or Switch in surround sound is your aim, there are several alternative, less expensive headset options out there with equivalent feature sets to the 810 that can also deliver superior virtualized surround on consoles.

In my view, the JBL Quantum 810 is a product that speaks to a specific segment of gamers. Namely, streamers or content creators looking for a headset that won’t just enhance the immersion of their PC gaming and audio listening experiences but also provide them with yet another visual canvas through which they can literally express their colourful personalities in their setups. A number of head-scratching decisions in hardware and software design cause a few of the headset’s strengths to wither when taken beyond the studio environment. Even these flaws don’t detract from the JBL Quantum 810’s exceptional sound quality or comfort.

Those that manage to cut through the noise will uncover the JBL Quantum 810 is an indispensable Influencer tool that not only delivers a superb audio experience but will also help them visually stand out from the pack.
REVIEW SCORE
8
Buy On Amazon
File Under: Audio, Headphones, JBL