Not Quite A Quantum Leap 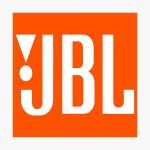 An electronics manufacturer with over 76 years of history, JBL has been a household name in home, professional, theatrical and live event audio since the 1970s, and over the past decade its brand has become synonymous with portable audio, a category in which JBL has cemented itself as a market leader. The company also makes a wide selection of Bluetooth wireless headsets to meet the varied needs of discerning users, and its latest product, the JBL Quantum TWS is a surprisingly ambitious play for the hearts and minds of customers who are in the market for a new pair of earbuds but also happen to be gamers and/or movie watchers.

Having independently purchased a pair of JBL Tune 120TWS earbuds in the very recent past, I can definitely say that the JBL Quantum TWS are a huge step-up in both design and quality-of-life. For starters, the charging case is better designed and sports a balanced, even profile that allows it to stand safely on a flat surface. The charging port for the case is USB-C, which is always welcome, and the earbuds themselves are one of the growing number of JBL audio products that can be operated, customized and enhanced by the free JBL Headphones App. Downloading this app is a must for modifying the Quantum TWS’ settings on the go, accessing advanced features, and utilizing the helpful “Find My Buds” feature should one misplace them.

Additionally, a big selling point of the Quantum TWS that sets them apart from many wireless earbuds on the market is the inclusion of a 2.4GHz USB dongle, which enables the earbuds to be used as a wireless stereo headset for PC, Mac, PlayStation 5, PlayStation 4 and Nintendo Switch (the Xbox platform is traditionally weird with USB headsets so no compatibility there sadly). Audio fidelity is limited to stereo sound on consoles and Macs, but on PC users can enjoy a seemingly more robust sound environment called JBL QuantumSURROUND, via the JBL QuantumENGINE software (yes, there’s a second JBL app available for your computer).

In the box you’ll find the compact charging case which holds the Quantum TWS earbuds and the dongle, two additional pairs of ear tips (Small and Large size), and a truly short, male-to-male one-foot-long USB-C to USB-A cable. A helpful trio of lightbars on the front of the charging case indicate if the case’s battery reserve is low, medium or high, and if the JBL Headphone App is installed on your mobile device it will provide a notification upon connecting as to what the exact battery percentage is for all three components are. This makes it simple for users to determine if their earbuds need a top-up from the case, whether the case itself needs a fill up, or both. Between the case and the earbuds, the Quantum TWS promise a combined 24 hours of power.

“…a big selling point of the Quantum TWS that sets them apart from many wireless earbuds on the market is the inclusion of a 2.4GHz USB dongle…”

Ergonomically, the Quantum TWS manage to solve a few pet peeves that I tend to have with most modern earbuds. The slightly longer-than-usual microphones function as “handles” that wearers can safely pinch and use to adjust the position of the earpieces without fear of setting off unwanted button presses. The flat, round, JBL emblems that adorn the earbuds’ capacitive buttons make it clear by both sight and feel where the active areas on the earpieces are, allowing for more confident taps. Finally, the audible beeps in-ear that confirm the number of taps entered also do a good job of helping to guide the user as to the proper pacing, which means that the accuracy of one’s taps will gradually improve with practice and repetition.

That practice will definitely be required, however, because for better or for worse, as the Quantum TWS have so many command options and features packed into them that they require the installation of the JBL Headphones App to access them all. There are four main, customized “Gesture” command profiles that users can switch between via the app: “Ambient Sound Control,” “Volume Control,” “Playback & Voice Assistant Control” and “None,” with the ability to assign one profile to each earpiece for a total of two active profiles.

Ambient Sound Control allows users to tap-cycle through the earbuds’ four main sound modes, Ambient Aware, Ambient Aware Off, Noise Cancelling, and “TalkThru” (the latter requiring a double tap to toggle on or off). The modes are fairly self-explanatory: Ambient Aware makes it easier to hear sounds in the surrounding environment while listening to a sound source, Noise Cancelling blocks out surrounding noise to make the user’s chosen sound source easier to hear, and “TalkThru” supposedly enhances the surrounding environment so that users can easily hear what is happening around them without having to stop playing their music or remove the earbuds from their ears.

“…the Quantum TWS have so many command options and features packed into them that they require the installation of the JBL Headphones App to access them all.

When the aforementioned USB dongle is plugged into a compatible device, a triple-tap will switch between the Quantum TWS’ Bluetooth Mode and Dongle Modes, the latter which can access a fifth, PC-exclusive sound mode, JBL QuantumSURROUND. As for the “Volume Control” and “Playback & Voice Assistant Control” Gesture settings, these profiles offer basic and advanced commands focused on those titular functions respectively, while the “None” option only allows commands related to taking phone calls. It goes without saying that if you intend to make use of Siri, Bixby, Alexa, or Google Assistant via the earbuds, “Playback & Voice Assistant Control” needs to be one of your two active profiles.

So how do the Quantum TWS sound? In their default “Ambient Aware Off” setting, the earbuds deliver fairly decent audio with underwhelming bass response. This can be improved somewhat by going into the app’s equalizer to tweak levels and create a custom sound profile more to one’s liking, or selecting one of the presets, like Club or Bass Boost. Unfortunately, even after doing that I still found the Quantum TWS lacking in overall punch despite its 10 mm drivers being twice as powerful as that of my JBL Tune 120s. I had to crank the volume up to just one step below Maximum in order to reach my “normal” for music listening. That practice probably isn’t too safe for my eardrums, but that’s effectively what it took for me to enjoy listening to my music with the Quantum TWS in the manner to which I’m accustomed.

As for the previously mentioned Ambient Sound Control modes, I was dismayed by how unimpressed I was with them. The Adaptive Noise Cancelling (ANC) is some of the weakest I’ve ever encountered in any headset and honestly should not be highlighted as a feature. JBL was gracious enough to send me a second review pair after I concluded that the first one must be defective, but the results with the second pair ended up being exactly the same, despite my use of all the available ANC diagnostic tools provided by the app and ensuring my earbuds had a tight enough seal. At best, the Quantum “reduce” some background noise to a minimal extent, but do not effectively “cancel out” voices or loud noises in any truly noticeable way. Most times when I turned ANC on I could barely even tell it was active.

“The Adaptive Noise Cancelling (ANC) is some of the weakest I’ve ever encountered in any headset and honestly should not be highlighted as a feature.”

Similarly, Talk-Thru does not work ideally as it should. The mode is meant to let you hear your surroundings clearly and carry on conversations while still listening to your music, which it does, but the music playback becomes so faint that it can barely be heard at all, which ironically makes it more of a distraction. Pausing one’s music, having the conversation and then resuming play when done is just as effective. Ambient Aware works as advertised, but it would have been better if the feature could have been combined with TalkThru to strike a happy medium where conversations and music can both be heard better.

Then there’s Dongle Mode. I tested the Quantum TWS with both my laptop PC and my PS4 Slim console and the results here were interesting to say the least. The JBL QuantumSURROUND 7.1 channel surround mode via the Windows PC app was fairly convincing in delivering positional information when playing a first-person shooter such as Quake as well as watching explosion and gunfire-rich content like Mad Max: Fury Road, but overall the quality of sound felt akin to listening to said content through an FM Radio. Conversely, the earbuds came off sounding punchier and more immersive when I disabled JBL’s surround mode and either left things in standard stereo or allowed another software surround solution like Dolby Atmos for Headphones to pinch-hit.

Likewise, after going into my PS4s audio settings and changing the output quality from “Stereo Uncompressed” to “Dolby Bitstream” the Quantum TWS offered up a decent surround simulation as well via Sony’s tech. Now let’s be honest, these earbuds will never fool anyone’s ears into thinking they are listening to a pair of surround sound Astros or Turtle Beach gaming cans, but in a scenario where head-rattling bass isn’t a necessity, they make for an acceptable alternative, especially on a humid day when you might want to avoid getting sweaty headphone ears.

Just a friendly PSA: Depending on where your USB-C port is on your laptop or computer, the L-shaped dongle might end up blocking an adjacent port, and in that situation you’ll likely need to purchase a USB-C female to male USB-A adapter to get around the spacing issue. PS4 owners who want to use the Quantum TWS with their last-gen console will also need to invest in one, since it doesn’t have a USB-C port like the PS5 does. Just make sure to order ones with the slimmest profile possible to ensure that they can actually plug in, as all PS4 editions are notorious for leaving extraordinarily little space above and below their USB slots and may not be able to accommodate thicker adapters.

Ultimately, the JBL Quantum TWS are a respectable pair of earbuds that incorporate a surprising number of great, gamer-friendly ideas, but fail to impressively execute on many of them, even falling short of the basic goal of delivering memorable, superior-level sound worthy of their sticker price. The Quantum TWS are good, but at $229.99 CAD MSRP users deserve to be blown away.

JBL’s Quantum TWS earbuds are built with many great intentions but ask for too high a premium in exchange for just adequate performance and poor execution of its marquee features.
REVIEW SCORE
7
Buy Online
File Under: JBL, Quantum TWS, Wireless HEadphones