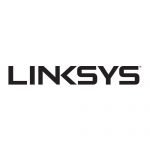 The Linksys EA9500 MU-MIMO Router proves that this tech manufacturer is still the king of delivering powerful wireless connectivity to any user’s environment.
REVIEW SCORE
10
File Under: linksys