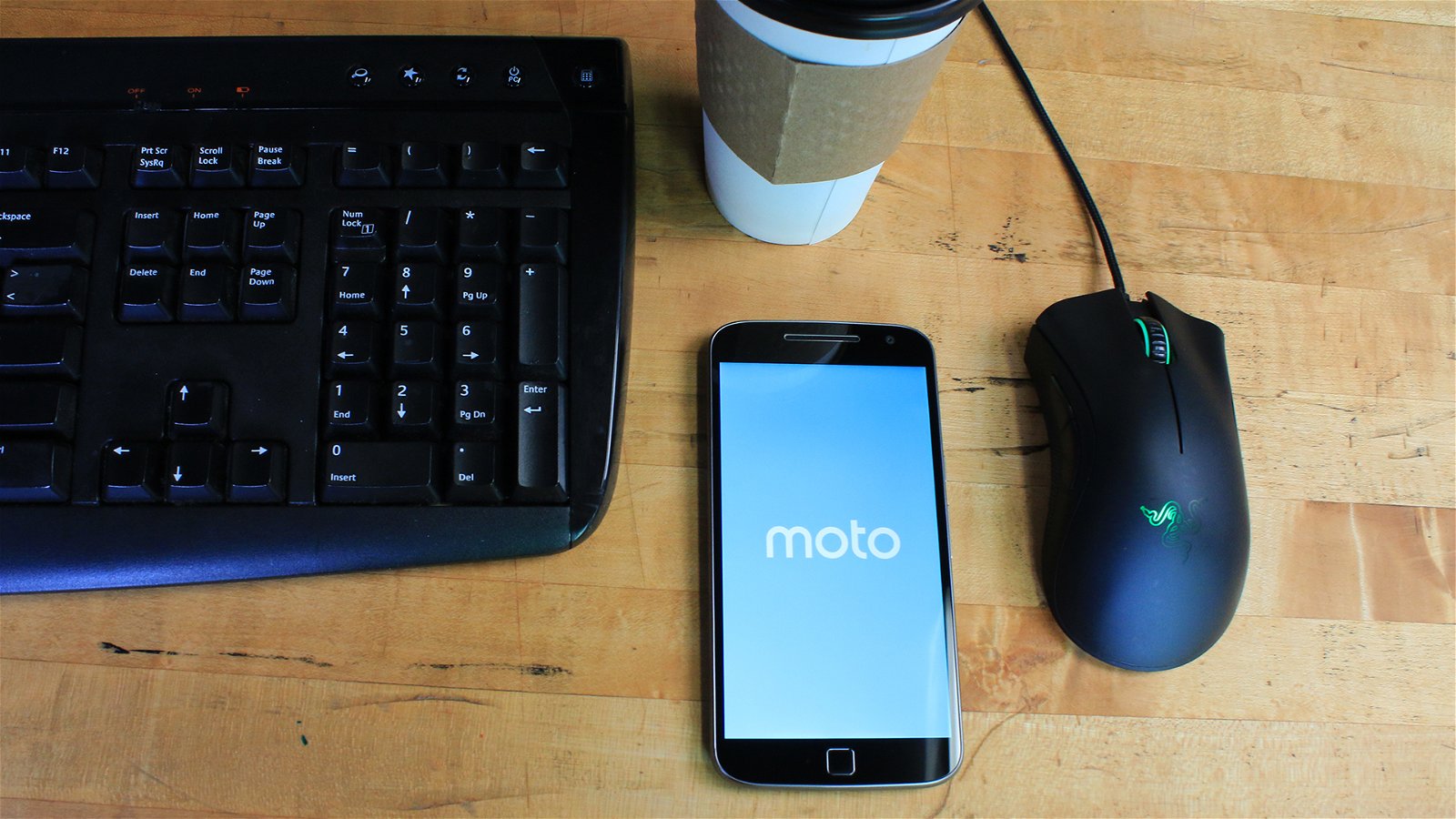 One thing I hate is overpriced equipment that underperforms compared to a cheaper piece of tech in the same category. The Moto G4 Plus, thankfully, is the opposite – a cheaper piece of tech that still manages to perform excellently compared to more expensive offerings. When I first got my hands on the Moto G4 Plus, I didn’t want to know the price of it straight away. I prefer to learn that information at the end of my time reviewing tech, once I’ve already determined what it’s worth. What I learned this time is that the Moto G4 Plus is worth its price in every way and possibly then some.  A beautiful design, a stunning back camera, and great internal workings make the Moto G4 Plus one to consider when you’re deciding on a new phone.

When I’m choosing a phone, one of the first things I’ll study about it is how the phone feels in my hand. I loved how this machine felt. Right away I noticed the comfort of the backing. The plastic almost felt like leather, which reminded me of the Samsung S7 Edge I reviewed earlier this year. The plastic also didn’t feel like it was cheap. It was pretty durable, meaning the G4 Plus ranks up there as one of toughest phones I’ve held. I thought for sure the Moto G4 Plus was going to be in the same price range as the S7 based on this factor alone. Ok maybe not just that, but the front of the phone looked great too. A five and a half inch screen dominates the business side, which is a size seen on another recent high-end phone release, one of the Apple variety. The 1080p resolution was gorgeous as well, making everything on the screen extremely pleasing to look at.

Now for the part that matters most to a lot of people when picking a phone: the camera. The Moto G4 Plus also has a little brother, the standard G4. If you’re torn on which phone to get and enjoy using your phone to take photos, it’s better to go with the Plus. 16 MP of glorious shooting await you on this phone, which again made me believe it would turn out to be in the higher end of the smart phone price range. While it took great photos outside, its indoor shots are what really brought this beast to life. The details and shadows in the photos all looked incredible, probably thanks in part to the camera’s phase detect auto-focus feature. One thing that could have made this an even better camera would have been the inclusion of an Optical Image Stabilization feature. This would have helped counteract shaky hands and offered much more stable and defined looking pictures and video. High-end flagship phones, such as the S7 and the iPhone 6 Plus, feature OIS, which is a big selling points for those phones. However, it is a costly feature, and its lack doesn’t have a huge impact on the appeal of the G4 Plus.

The guts of the phone may be nothing to write home about,  but they do the job well, especially for a mid-range phone such as the Moto G4 Plus. Inside we find an octo-core processor, the Snapdragon 617. While it doesn’t hold up to its bigger brother the 820, it’s still a fast and versatile chip that pairs nicely with the phone. The G4 line also has several internal memory options, with the base models starting at 16 GB and ranging all the way up to 64 GB. It should be noted that the 64 gig phone also comes with 4 GB of RAM, while the models below it have only 2 GB. The battery of this phone is a true workhorse. At 3000 mAh, it could be thrown in the ring with any of the current-high end models, such as the Galaxy S7, which sports the same battery power but can cost upwards of $400 more. This is one feature I believe gets overlooked too often when purchasing a phone, and it’s great to see mid-range phones upping their game.

If you’re on the market for a new phone, consider the G4 line, especially the Plus model. The Moto G4 Plus looks and feels like a high-end model but without a price tag to make your wallet cry. It has almost everything you could possibly need from modern smartphone without any unnecessary fanciness, and continues the trend of great phones for this year.

The G4 Plus is worth it in every way and possibly then some. It has almost everything you could possibly need from a modern smartphone.