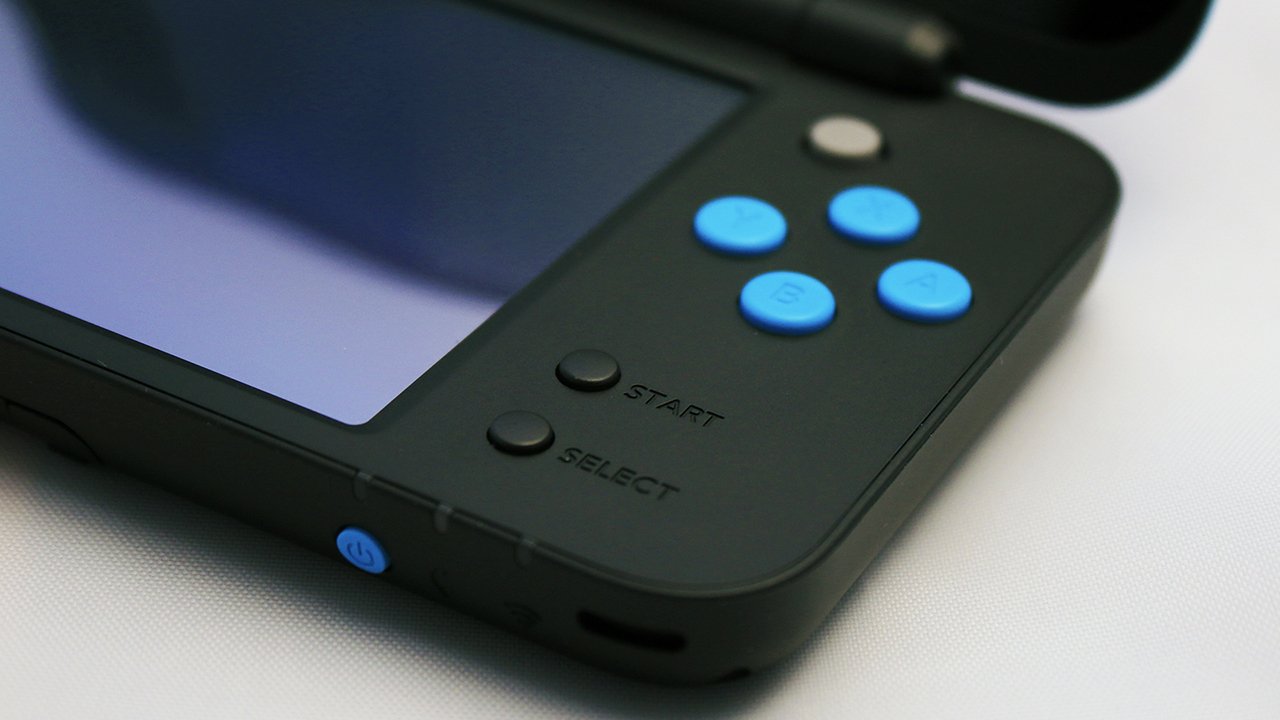 The Nintendo 3DS has been my faithful companion since I first got one back in 2011. I have fond memories of getting together with my friends and playing Super Street Fighter IV 3D Edition or more recently, Super Smash Bros..

Throughout the years, I’ve replaced and upgraded my 3DS as needed. One thing I never considered picking up was the Nintendo 2DS when it first launched. The wedge-shaped design never appealed to me and I didn’t feel like it was a necessary iteration for the handheld. However, Nintendo has released an update to their 2DS line with the addition of the New Nintendo 2DS XL, and my opinion has changed.

The New Nintendo 2DS XL is a return to form for the system. Gone is the ugly wedge shaped design and in place is the classic the clamshell design. Our review model featured a black and turquoise colour scheme that gives it a sleek modern look, but there is also a white and orange version available. Featuring a clean profile, it sits well alongside other modern day devices. The screens themselves are the same size as its cousin the New Nintendo 3DS XL. The textured back of the top screen meant that it never slipped out of my hands and the buttons are in the right spot so nothing felt like a stretch to reach. Everything you would expect to be included in a New 3DS is here: the NFC amiibo support, AR card reading function, and the two sets of shoulder buttons. One of the best design choices is the inclusion of a cover for the game cartridge slot and the SD card slot beside it.

Even with all this, the device itself is still surprisingly light. Compared to my standard New Nintendo 3DS, the New Nintendo 2DS XL was not much heavier and in my opinion, was better balanced. Since there isn’t any 3D technology in the top screen, all of the console’s main components have been moved into the bottom of the console. The console felt sturdy in my hands and didn’t cramp even during longer play sessions. The face buttons have a satisfying click to them and overall the console’s design is top notch. Of course, the C-stick that Nintendo has added to its New line of consoles still feels uncomfortable to use, but that is more a design flaw with the accessory and less with the console.

The only major complaint I have about the console’s design is the length of the included stylus. This is probably the smallest stylus offered to date and rivals the size of the original 3DS’s telescopic stylus in its un-stretched form. This meant that extended play with any stylus based games, such as Hey! Pikmin, was difficult as cramping was a very real issue. I imagine cramming all of the console’s hardware into the bottom portion meant there wasn’t very much space left to fit a full-length stylus.

As far as games go, the New Nintendo 2DS XL stands right alongside its 3D cousin. With the ability to play any game including the ones designed exclusively for the New console line, users won’t feel restricted by choosing the 2D console. In fact, users might prefer this model as many of the latest releases for the 3DS do not use the 3D feature at all—or use it sparingly.

That’s the best selling point about this console. For about $40 less than the 3D model users get more or less the exact same experience. While the glasses-free 3D is a nice feature to have, it always felt more like a novelty at best. Very few games took full advantage of the 3D feature and those that did are few and far between. Couple that with the fact that 3D on the consoles was never the most reliable feature—with such specific distance and viewing angle requirements—and you have a feature that is not necessary, even if the consoles derive their name from it.

The best iteration of the 3DS yet, as long as you won't miss the 3D