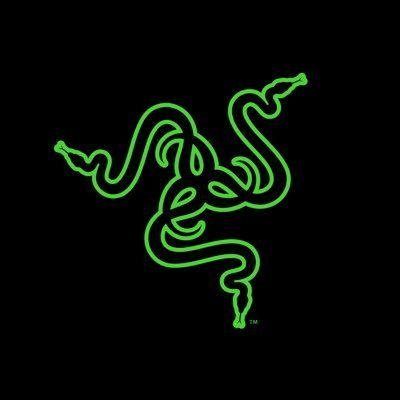 Mobile gaming controllers are still somewhat of a mixed-bag when it comes to quality but with the rise of game streaming services and higher fidelity, console-like mobile game experiences, the need for a quality controller solution is ever-present. Amongst the heavy hitters within the industry, Razer shook things up with the Razer Kishi a few years ago but ultimately left some room for improvement.

Flash forward two years, and the gaming accessory juggernaut is back with the Razer Kishi V2. By and large, at first glance, the Razer Kishi V2 appears to be borne from the same mould as its predecessor, which makes sense as the original iteration is still a great overall controller to use for the select games that support it.

As the name may suggest, the V2 is a subtle but needed improvement on the Razer Kishi controller. Firstly, a better, more flexible band connects the two joy-con-style sides of the controller together. On the band itself, two styles of removable rubber padding ensure a higher compatibility rate with larger phones, phones with cases and phones with camera bumps. My LG Velvet fit without its case using both styles of rubber padding while with the case on, fit only after removing them, which I tended to prefer as it made it easier to jump into a game.

“My favourite aspect of the Razer Kishi V2 is its feel.”

Additional buttons grace the Razer Kishi V2, with an m1, and m2 button that rests next to the trigger and bumper buttons. Along with clickable sticks, a dedicated share/stream button, an options button and finally, a return button that takes you back to the Razer Nexus companion app.

My favourite aspect of the Razer Kishi V2 is its feel. With brand-new microswitches for the buttons, the Kishi V2 imparts your hands with an overall premium feel. Almost making the experience akin to what a modern take on something like the NeoGeo Pocket would be like, rather than the console-style controller Razer markets the device as. The dual analogue sticks, in particular, feel almost identical to stock OEM Nintendo Switch joy-con sticks, which aside from conjuring up flashbacks to joy-con drift, feel fantastic and of a higher quality than other mobile controllers on the market.

Unlike the Razer Kishi V1, Razer’s latest iteration pairs best with its own unique app called the Razer Nexus, which in essence is a hub that highlights compatible games from the Google Playstore, along with whatever you may have already installed on your device that is compatible with the Razer Kishi V2.

As someone who primarily uses mobile controllers for retro gaming, it was a nice surprise seeing Retroarch already listed through the Nexus app, along with ePSXe and a few other notable emulators. Unfortunately, due to the Razer Kishi V2, like its predecessor, connecting over USB Type-C, rather than Bluetooth, the out-of-the-box compatibility with games is middling.

Call of Duty mobile in particular, a game that supports controllers but only via Bluetooth felt like the perfect fit for the Kishi V2, but sadly did not while testing. Thankfully, many other notable games did work, including the likes of the legacy Grand Theft Auto series, Asphalt, Final Fantasy, Dead Trigger 2 and many more ports of older console games. Compatibility is only likely to grow as the Razer Nexus app is still in its infancy but for those looking to play a single game, in particular, doing some research may be advised before jumping in.

Another area in which the Razer Kishi V2 excels is with game streaming. Both Xbox Game Streaming and Steam Link worked great, in addition to PlayStation 5 remote play via a third-party app (as Sony’s official app does not support third-party controllers).

One area that I commend Razer for is its D-pad, something I often find to be an afterthought when it comes to mobile controllers. Thankfully this is not the case with the Razer Kishi V2, as its D-pad felt much more in line with something like a DualShock 4 or Xbox One gamepad (although, still not perfect).

“One area that I commend Razer for is its D-pad, something I often find to be an afterthought when it comes to mobile controllers.”

The face buttons feature a shiny plastic coating reminiscent of the modern Xbox controller, while the triggers are probably the most unique feeling iteration on any mobile device thus far, feeling similar to a joy-con trigger with a longer travel and a substantially elongated point of contact for your fingers to rest on while using.

Ultimately, the Razer Kishi V2 is a subtle but needed upgrade over the Kishi v1 with a much more refined mechanism for holding a wider gamut of phones on top of a well-thought-out companion app that should make the experience of using the controller as easy as possible. Despite a somewhat lack of software that utilizes the Kishi V2 out of the box, future updates to both the controller and the Razer Nexus app, ensure the likelihood of a long and healthy life.

The Razer Kishi V2 is a well-refined upgrade over its predecessor that feels premium and comfortable to use.
REVIEW SCORE
8
Buy On Amazon
File Under: Mobile, Razer