Sometimes The Past Should Stay In The Past 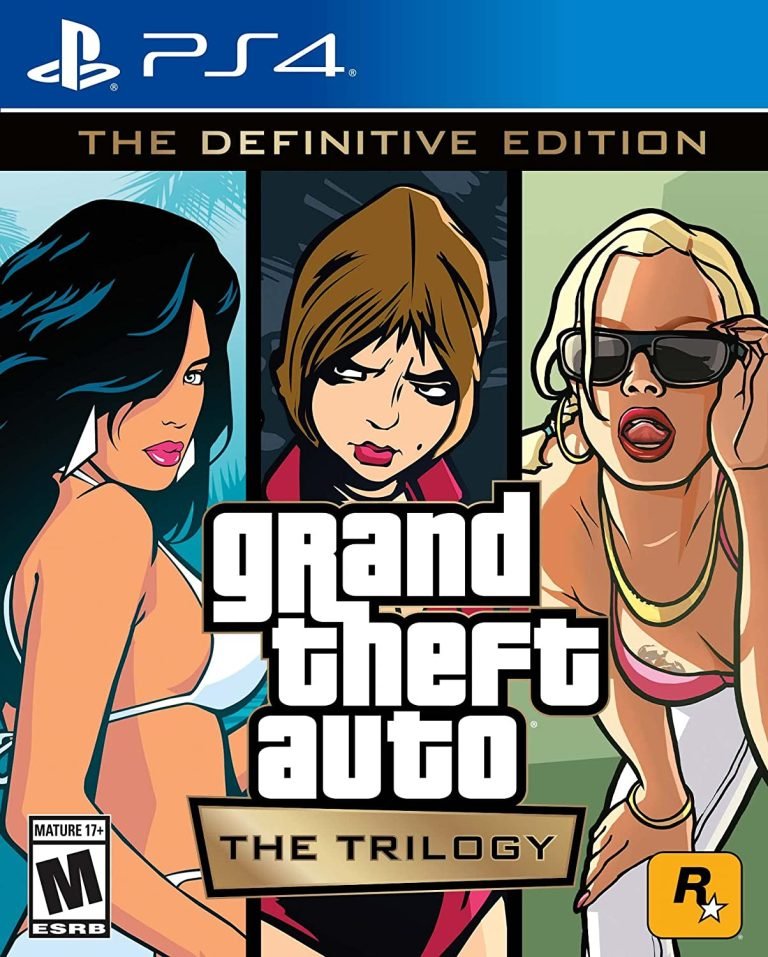 I have a mixed relationship with the Grand Theft Auto series, and indeed Rockstar Games in general. I first played GTA 3 on my PC back in 2001, and I had an average time with it. The change from the top-down viewpoint of its two predecessors intrigued me since I always had fun with them. I have never played Vice City or San Andreas, so I figured there was no better time to jump in and see what all the fuss was about with Grand Theft Auto: The Trilogy – The Definitive Edition.

I decided to play the games in release order, despite having never played two of the 3 titles. Loading up Grand Theft Auto III brought back a few memories, but it has been 20 years since I played it, so I forgot almost everything about the game. The opening “cinematic” (if you can even call it that) set the tone for how the rest of my experience with this game would go, and it wasn’t good.

I can understand that this game came out 20 years ago, and the quality of the graphics is not going to be great, but it is not good enough. Not even close. I played the PlayStation 5 version of the trilogy, so it’s not like I was wanting for processing power. A next-gen remaster is supposed to bring near-next-gen graphical display. This game looks like it was designed for the PS3, possibly even the PS2 in its later stages. This is a shame because the game originally came out for the PS2, so very little has improved.

“The longer I played GTA 3, the more I was frustrated…”

You play as “Claude” in GTA 3, a character that has no lines or voice acting of any kind, save a few grunts when climbing or running. Generally, playing as a mute character is not fun for me unless the game is in first person, like Doom, where I can project myself on to the character. In this case, however, it’s probably for the best as the voice acting is not good, not even a little. At no point was I drawn into the story, and I use the term “story’ loosely. I realize that this is more the fault of the original release, but it’s still a detracting point here.

The controls in GTA 3 are basic, simple, and deliberate. The field of motion is very poor here. Punching animations are sloppy and amount to the player mashing the “punch” button while Claude flails away on screen hoping to hit the person. Gunplay is another gripe due to there not being any sense of impact or severity to the action. There were several times during my playthrough where I wasn’t sure if I had fired one shot or seven at my target.

The longer I played GTA 3, the more I was frustrated. I was completing a particular mission where I had to force a truck off the road and kill the driver because he had not been paying the protection money owed to Claude’s mafia boss. I grabbed a Hummer (the in-game equivalent, anyways), and went after the truck.

After ramming into it multiple times, my car started to catch fire and eventually exploded, killing me, leaving the truck unharmed, and making me restart the mission. I shut the game off at that point because it wasn’t fun. I was not enjoying myself and I have always felt that if I was not enjoying a game, I would stop playing. So, I did.

“Grand Theft Auto – Vice City looks visually about as good as GTA 3 does in The Definitive Edition, and that’s not a good thing.”

I booted up Vice City since it was next chronologically. I was interested in jumping into the 80s splendour that Vice City brought to the table. My excitement peaked at that point, and it was downhill from there. Grand Theft Auto – Vice City looks as visually passable as GTA 3 does in The Definitive Edition, and that’s not a good thing. It really looks like more of the same, but in the neon and pastel colours that the 80s were famous for. At the end of the day, though, neon crap is still crap.

We follow Tommy Vercetti in Vice City, as he works his way through the ranks to become the biggest criminal power in Vice City. In this entry in the series, our main protagonist has a voice, so that’s something. The voice acting in Vice City is much better than GTA 3, but it still has a long way to go to be considered good.

Vice City is just more of the same as its predecessor. Missions that are one-dimensional, uninteresting characters, same-y controls, and a forgettable story that never pulled me in. I never felt like I was invested in the characters or the story, which is a shame, because Tommy could have been a very likeable character. I need to have a likeable character to project parts of me into the game, and I didn’t get that here. I always felt like there was no hesitation or contemplation in his choices. It was very much a “go here, kill/talk to this person” type of game, and then do it all over again.

I wanted to like Vice City, a lot. But at the end of the day, I don’t. There was one saving grace for this game, and that’s the soundtrack. There are some absolute 80s BANGERS here. Rockstar really spared no expense, if you’ll pardon my Jurassic Park parlance. Tracks by Run D.M.C., Motley Crue, Judas Priest, Foreigner, and more make driving around Vice City a truly enjoyable experience.

When I got tired of cruising the beach listening to Run D.M.C. in Vice City, I moved on to San Andreas, the third and last entry in the Grand Theft Auto: The Trilogy – The Definitive Edition. When it was released in October 2004, it was very well-received, with an average rating of 95%. It is one of those genre-defining titles and has been called as much by everyone who looked at it 17 years ago.

Fast-forward to today, and I thought the experience would have been about the same. I was sorely disappointed. San Andreas is no different from the other two games in The Definitive Edition. It has not aged well. Despite coming out 2 and 3 years after Vice City and GTA 3 respectively, the game is largely built on the same mechanics. Any hope I’d had of enjoying the gameplay were dashed before too long.

San Andreas begins with Carl (CJ) Johnson returning to San Andreas after a number of years living in Liberty City. He is immediately thrust back into the life he left behind years ago, engaging in gun fights, drive-by’s, etc.

From there, it’s the same song and dance of the previous titles, with a bit more of a developed story. The voice acting has gotten exponentially better as well, with the likes of Ice-T , Samuel L. Jackson, and even James Woods lending their voices to characters in San Andreas.

From this point, there is nothing enjoyable about my time in San Andreas. The graphics are about what I would expect for a PS2 title, but not what I’d expect for a collection released on next-gen consoles. Not much more I can say than that.

Rockstar says that The Definitive Edition features “graphical improvements and modern gameplay enhancements,” and I can kind of see what they mean. The edges on polygons aren’t as sharp as they were previously, but that’s about the extent of it.

There are a great many things wrong with Grand Theft Auto: The Trilogy – The Definitive Edition, other than the title being an absolute mouthful. The most egregious of them is the price. Whoever decided that it was a great idea to sell this collection at $79.99 CAD needs to give their head a shake. I get that it’s a collection of three games, but this is the same price that Call of Duty: Vanguard sells for and that only came out two weeks ago (at the time of writing).

As I said earlier, there is one redeeming quality to this collection, and it’s the soundtrack in Vice City. I have absolutely no idea why Rockstar decided to release this collection. They say it’s because of the 20-year anniversary of the release of GTA 3, and how that changed the shape of the series forever. I can understand that, but is this how they honour it? By releasing a collection of games that have aged about as well as a glass of milk, left on the countertop?

Nostalgia is great. Some of my favourite games, movies and TV shows are all from this period, but that doesn’t mean they all deserve to be remastered. Sometimes nostalgia is best left where it belongs: in the past.

GTA: The Trilogy - The Definitive Edition is a relic of its time. A relic that was better left unearthed.
REVIEW SCORE
2
Buy On Amazon
File Under: Grand Theft Auto