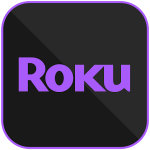 The holiday shopping season is always a stressful time for me. Like many others, I assume, the most difficult part of choosing a gift is, well, choosing a gift. It’s tough to decide on what to get a person when they refuse to tell you what they want or give you a ham-fisted “I don’t want anything” response. I encounter this vicious cycle every year, and I’ve come to realize that technology is usually the answer. Specifically, a streaming device, and the Roku Ultra is this season’s answer to the question of picking an interesting gift.

Streaming devices have really taken off in the past couple years; with more and more households opting to cut the cord of traditional television. Sitting atop that throne is Roku. The last device I got to try out from them was the Streaming Stick, and I was blown away by how much it could do. The actual boxes, like the Ultra, are even more impressive. The all-too-familiar Roku design of the Ultra has the power to stream content in 4K and comes equipped with handy features that the other devices in the family lack. Unfortunately, this is another case of trying to justify the price point.

From a design standpoint, the Roku Ultra is extremely convenient and quite eloquent. Measuring in at just less than 5”rounded square and 0.85” tall, it is nearly identical to the Roku Premiere and Premiere+ in terms of size. Returning is the all black colour scheme with the signature purple tag hanging on the side. Simplicity is the name of the game here, proving you don’t need a light show to bring in users. Where the Ultra differs from the rest of the family however, is in the inputs provided. It features an HDMI port, Ethernet port, power connector and MicroSD card slot—same as the others. But it also brings something else to the table: an optical audio output (if you have an audio system you want to hook the device up to) and a USB slot. Some people might just gloss over these two details, but they are great features to have on a device.

The remote for the Roku Ultra is probably the best one I’ve used. Private listening input allowing headphones to be plugged into the remote, a built-in microphone, and A/B buttons for gaming are notable features on the device, along with the standard menu and volume buttons, and dedicated service buttons for channels such as Netflix. Speaking of gaming, it was a pretty lacklustre experience on the Ultra. I’d recommend not even bothering with it.

On the performance side of things, the Roku Ultra is nothing short of a monster streaming device. A quad-core processor gives life to the beast, allowing menu interactions to be near instantaneous. Video stabilization into 4K took me roughly around 15 to 20 seconds, with Full HD being almost instant. This will verify based on Internet connections. Surprisingly, noise isn’t an issue with this machine, despite the power housed inside it. It’s definitely the quietest streaming device I’ve used, and Roku definitely made improvements in that direction since the Roku 4, which was pretty noisy. Since I’m on the topic of audio, the Ultra pumps out the sounds in HDR and Dolby. I did mention above the private listening option, but there’s also a Night Listening mode. This will turn up the dialogue, but lower the noise of things like explosions, allowing for midnight marathons of Michael Bay movies.

As far as content available, I said it before in the streaming stick review and I’ll say it again: Roku offers the best and widest variety in terms of channels offered. No one else can touch them on this front. With well over 3,500 channels available, it’s hard not to find something to waste time on. Since the Ultra is a 4K device, it also has a 4K Spotlight app, which will highlight UHD content on the store to offer the best experience possible. That price tag has to be justified somehow.

The Roku Ultra is currently the top dog for the Roku family, but I wouldn’t say it’s the best money can buy. If options such as an audio optical drive and 4K resolution aren’t selling points, than the Premiere and Premiere+ are much better options for frugal buyers. The Ultra does the 4K thing well though, and if were flat-out $100, it would definitely be the best Roku has to offer.

One of the best 4K streaming devices on the market, but it may be too pricey for some.
REVIEW SCORE
9
File Under: Netflix, Roku, Streaming