Still a Leader in Set-Top Boxes 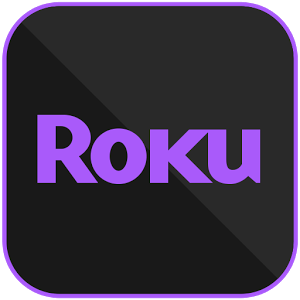 Roku’s latest set-top device, the Roku Ultra, has landed, but is it any good in a market filled with affordable smart TVs? I remember my family purchasing a new high-end Sony Bravia set back in 2011, a television that happened to include some rudimentary internet-enabled features, such as access to Netflix and other web-based services.

Over a decade later, smart TVs have become commonplace, with prices hovering around the $250-$300 range for an entry-level smart set. The prospect of a dedicated streaming device may seem redundant in 2022. Thankfully, however, Roku continues to lead the pack in offering a bevy of free content on top of an easy-to-get-going experience, which makes the Roku Ultra an easy choice to recommend for the right consumer

Inside the box, users are greeted with the Roku Ultra set-top device, the remote, a set of wired buds, and a USB power and HDMI lead. Setup is an easy process, with the Roku Ultra detecting the TV it is connected to, making syncing the included remote to your television a fairly seamless process.

For my testing purposes, I used the Roku Ultra on my LG C9 from 2018, and the aforementioned Sony Bravia set from 2011. Both TVs were detected, although I only got the remote to work on my much newer LG set in terms of controlling the television in addition to the Roku Ultra.

The television in the living room tends to get used by my parents, and having an easy option to get wired audio is a welcome upgrade. The remote itself is very similar in design to my old Roku from 2015, with the biggest addition being the included headphone jack. Overall, the inclusion of the headphone jack with a similarly styled remote from previous generations helps the Roku Ultra continue its ease-of-use streak, which in some regard outshines the built-in user experience found with some smart TVs.

One area in which I find the Roku Ultra’s remote slightly falls short is the lack of a cursor, something I have fallen in love with on my LG set, although this may be hard to implement without the inclusion of some form of IR receiver.

“With support for HDR10, Dolby Vision, and 4K video, the Roku Ultra 2022 checks all the boxes that you would expect out of a newer television.”

Buttons for Netflix, Paramount+, Disney+, and Apple+ give users quick access to at least one service they are subscribed to. The inclusion of the mic also goes a long way in providing a good hands-free or, at the very least, typing-free experience for quickly being able to search up content. The Roku Ultra 2022 also is compatible with other popular AI-powered assistants, so if the included Roku assistant isn’t to your liking, you have options to explore. In terms of included apps, the Roku ecosystem covers many widely used and popular services. However, a native Twitch app seems to be missing, which thankfully still can be accessed via the browser.

With support for HDR10, Dolby Vision, and 4K video, the Roku Ultra 2022 checks all the boxes that you would expect out of a newer television. In addition to Apple AirPlay 2 Support powered by Wi-Fi 6 standards, the Roku Ultra makes a strong argument for its place in a media centre.

One area in which the Roku Ultra is the better option over the built-in features of LG’s WebOS is Roku’s personal media streaming capabilities. Although I like LG’s offerings, I find streaming content while the television is off hit or miss in that oftentimes, my set only populates on the device I’m trying to send the stream from once I turn on my LG C9. Conversely, the Roku Ultra, as it is a standalone device, is always found, making streaming content to it a very painless endeavour.

If you’re already accustomed to the Roku ecosystem, the Roku Ultra 2022 model is a worthy upgrade when paired with a TV that can fully utilize its capabilities. And suppose you are someone who already has a smart tv. In that case, the Roku Ultra offers a good selection of free content and a no-frills user experience, making it a viable alternative to built-in options.

The Roku Ultra 2022 features everything you need to get started with some additional quality-of-life improvements that make it a worthy upgrade over its predecessor.
REVIEW SCORE
7
Buy On Amazon
File Under: Roku, Streaming