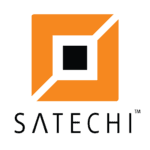 Sometimes, all you want to do is charge multiple devices quickly and simultaneously, and if that’s the case, the Satechi ST-UC165GM 165W USB-C 4-Port PD GaN Charger has got you covered, provided that all the devices you want to charge are connecting via USB-C. Resembling a tiny data hub or mini Wi-Fi router in appearance only, this device uses both the latest PD (Power Delivery) and GaN (Gallium Nitride) semiconductor technologies to “fast charge” up to four devices at once.

Heavily championed by Google, USB Power Delivery is one of the latest USB Fast Charging standards that allows for wired fast-charging at up to 100 Watts when connected via USB-C to a PD-compatible source, such as a certified PD-compatible USB-C port on a laptop, or a dedicated charger like the Satechi ST-UC165GM. For clarification, that’s over six times the rate of charge than the second-fastest method, USB 3.0, at only 15 Watts.

The resilience of Gallium Nitride semiconductors enables devices to operate at higher voltages and temperatures, while also switching frequencies with greater efficiencies than standard silicon, in turn allowing for smaller, compact designs that generate less heat and require less cooling. The takeaway here is that PD + GaN powered products pack a fast and powerful punch in a small, portable profile.

That being said, the ST-UC165GM’s sleek and simple appearance won’t likely win any design awards. Connecting to a wall outlet via a standard 3-foot AC cable and propped up by an optional cradle, the metallic space-grey device does extraordinarily little to stand out, apart from the company logo printed on one side. It does have a helpful blue LED that remains constantly lit when the charger is connected to power though.

Speaking of standing, keeping upright might also be an issue (literally), depending on what you’ve got connected. As is common with such compact and lightweight gadgets that interface with cables, the tensile strength of the power lead and/or connected USB-C cables can easily shift the position of the ST-UC165GM from where you’ve placed it. If you’re particular about how all your tech visibly appears in your setup, it might be a good idea to use a few discreet patches of reversible tape or Velcro on the bottom of the stand to fix it in place, or alternatively tuck the device out of sight if you can’t be bothered.

“…the Satechi ST-UC165GM 165W USB-C 4-Port PD GaN Charger has got you covered, provided that all the devices you want to charge are connecting via USB-C.”

As mentioned earlier, the ST-UC165GM only does USB-C connectivity, which I’m of two minds on. From both an environmental and convenience standpoint, I’m always happy to see more companies embrace USB-C due to the interface’s foolproof plug insertion and its growing adoption worldwide as a universal protocol that even Apple is coming around to recognizing. This gives me hope that the trickle-down effect will be a massive, global reduction in unnecessary e-waste as customers won’t need to change or toss their perfectly good cables as often just because they recently bought a new phone or tablet.

On the other hand, we’re not yet living in that glorious utopia where “one interface fits all.” Most new tech products that utilize USB-C (e.g. smartphones, tablets, handheld game consoles, digital music players and the like) only use USB-C at one end of their supplied charging and/or data cables, and that end is usually intended to be plugged into the actual device. The other end (which is generally the charging end) is typically a USB-A connector that in-turn plugs into a wall-charger or portable battery. So to get the most out of the Satechi ST-UC165GM and benefit from its rapid charging speeds, users will need to invest in some PD-certified, male-to-male USB-C cables on top of their charger purchase if they don’t have them already.

This remains the case even if you only plan to charge one single device, as the ST-UC165GM doesn’t even include a single USB-C cable in the box to test the charger out with. Even if it did, there’s really no way to know if any of the ports are actually charging at a full capacity or not (unless you’ve got one of those cool male-to-male USB-C cables with actual LED wattage indicators on them, which are a little too rich for my reviewer’s blood). According to Satechi’s official website, the power draw split of the ST-UC165GM’s total 165W charging capacity across its four ports is as follows, depending on how many devices are connected and how much power each device requires on average:

I don’t own any specialized equipment to measure voltage and the like, so I’ll just have to take Satechi at their word. For what it’s worth though, when connected to the ST-UC165GM via a PD-certified cable my PD 3.0/Quick Charge 4.0-compatible LG Velvet was replenished from 5% to full charge in just under one hour and 30 minutes (as opposed to nearly two hours via its own supplied pack-in charger).

It really irks me somewhat that Satechi would ask as much as they are for what is effectively a high-end fast-charger but not include at least one male-to-male USB-C cable in the box, especially given how uncommon it is to receive one of them packaged with USB-C compatible products.

“So to get the most out of the Satechi ST-UC165GM and benefit from its rapid charging speeds, users will need to invest in some PD-certified, male-to-male USB-C cables on top of their charger purchase if they don’t have them already.”

Initially starting this review without any USB-C to USB-C cables in my tech toolbox (much less any certified PD-compatible ones), I had to go out and purchase a $20 3-pack of them just so that I could test and verify that all the ports were working and performing to expectations. I’ve elected to keep the cables beyond this review as I’m sure I’ll find more purposes for them down the line in addition to using them with the ST-UC165GM, but Satechi has definitely earned an unpleasant side-eye from me here in the “value for money” category.

It’s also important to keep in mind that USB Power Delivery only works over genuine USB-C to USB-C cables. So while it’s totally fine to plug a USB-C male to USB-A female adapter into the ST-UC165GM so that you can charge your Nintendo Switch or smartphone using the cable that your device came with, the max power level will never exceed 15W through that adapter. Putting that aside however, the ST-UC165GM is fully compatible with previous certified USB standards and using adapters like the aforementioned USB-C to USB-A example won’t cause any harm to the charger or your devices, they’ll just charge as they normally do, with no added PD boosts.

It’s clear that the Satechi ST-UC165GM is ultimately intended for power users with demanding, fast-charging scenarios in a stationary location, where multiple PD-compliant devices are being charged and swapped out frequently. Of course, users can charge other non-PD compatible devices if they want, and seriously, why wouldn’t you if you just spent close to $200 on a wired fast-charger the size of a mini-modem? In all fairness though, if the majority of your devices aren’t PD-ready, Satechi’s latest charger is quite a bit of overkill, and probably far from a wise investment.

The bottom line is that there are many cheaper, portable USB-C charging hub options out there on the market from other well-established manufacturers, PD-compatible and otherwise, and many of them are at least generous enough to offer a USB-C to USB-C cable in the box. That’s not even taking into consideration the added selection of Quick Charge 5 products, which are powered by a competing PD-equivalent tech from Qualcomm that’s fully compatible with existing USB-C and PD-ready devices.

Honestly, the best advice I can give would-be purchasers of the Satechi ST-UC165GM is to shop around, and only consider pulling the trigger if you own an adequate number of PD-compliant devices as well as the cables you’ll need to hook them all up (or don’t mind shelling out the extra cash for them).

Only the most demanding and hardest of hard-to-please tech customers are likely to see Satechi’s ST-UC165M 4-Port USB-C charger (and the potential need to purchase additional cables for it right away) as a fair trade for being able to charge their USB devices at up to 100W; most consumers will take one look at the device’s $159.99 MSRP, evaluate their priorities and immediately look elsewhere.
REVIEW SCORE
6.5
Buy Online
File Under: Review, Satechi, ST-UC165M 4-Port USB-C Charger, USB Charger, USB-C