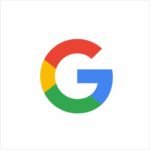 I’m a simple guy when it comes to my phone. Maybe I’m getting old, but I don’t necessarily need all the latest and greatest features or the biggest screen. I need a phone that can handle the apps I need it to, take some decent photos, and be powerful enough to keep me in the game for the next few years. So when the chance to try out the Google Pixel 6a came along, I immediately jumped at it and put it through the paces for a couple of weeks.

I remember when I first got my last device, the Google Pixel 4a, I thought that it was really small compared to the device it was replacing, the LG G7 ThinQ. Usually I have gone up in size when getting a new phone, not down, this wasn’t the case with the Google Pixel 6a. Weighing in at around 178g, it is heavier than I expected a new device of its quality to weigh. This isn’t a bad thing and 178g isn’t going to break anyone’s back, so I’m not too concerned about it.

Setting the Google Pixel 6a up was a breeze, thanks to the set-up tool built-in. It took me all of about ten minutes to get the new device from first power on, to fully operational with most of my content on it. There were some apps that still needed to be downloaded, but they were queued and showed up as I used the device. A simple wired connection from one device to the other using the supplied USB-C cable made the data transfer as easy as possible.

The Google Pixel 6a comes in three really nice colours; Sage, Chalk, and Charcoal, with Sage being the colour I am using. It features a screen size of 6.1”, making it the runt of the Pixel 6 litter. I found that during my testing, the 6.1” screen had ample space for me to do everything I needed to do without me having to stretch my fingers to reach corners.

The Pixel 6a also features a Corning Gorilla Glass 3 cover glass on the front and a tactile alloy frame and 3D Thermoformed composite back with fingerprint-resistant coating. The edges are rounded off, but still seem pretty square on the whole, which is the perfect design for this phone.

The Pixel 6 lineup has three levels to it: The Pixel 6a, the Pixel 6, and the Pixel 6 Pro. If I didn’t know better, I’d have not been able to tell that this was the entry level Pixel entry, especially when it comes to the battery life. I’ve never really had a phone that could last me, quite literally, all day under moderate usage.

The Google Pixel 6a features an over 24h battery life, which can be extended over 72 hours using the Extreme Battery Saver option. There were a few times that I went to bed at night thinking that I didn’t necessarily need to charge the battery to get through tomorrow. I still did plug in because that’s a risk I’m unwilling to take!

For charging, the Google Pixel 6a features a USB-C charging port on the bottom of the device and comes with a charging cord in the box. No charging block, however, but that wasn’t really a problem as I still use the block from the Pixel 4a. The Pixel 6a supports fast charging but not fast wireless charging, so you’ll definitely need to make use of the charging port.

“The Google Pixel 6a features an over 24h battery life, which can be extended over 72 hours using the Extreme Battery Saver option.”

The device has three buttons—lock screen, and the two volume buttons—on one side of the device, and two speakers on the bottom on either side of the charging port. I like that the buttons are all on the same side since it makes it easy to go between them without having to move my hand that much.

I did face a small challenge right away after setting up the Pixel 6a, and that was that it lacks the Back, Home and App Switcher tap buttons at the bottom of the screen. It instead opts for the swipe up from the bottom to either get to the home screen or access the app switcher. A quick swipe from the edge on either the left or right side acts as the back button as well. This did have a bit of a learning curve for me, being used to the previously mentioned tap buttons from the Pixel 4a. Once I got the hang of it, it became smooth sailing, and now I prefer the current way of things.

One thing that I found that the Pixel 6a had a tough time with was in-depth gaming. Playing a game like Fortnite was a bit of a struggle as the game could not run at a rate over 30fps. Games like Golf Clash and Magic: The Gathering Arena ran like a dream, with fast loading times and no issues with stuttering or lag.

“One thing that I found that the Pixel 6a had a tough time with was in-depth gaming.”

When it comes to speed, the Pixel 6a is fantastic. Featuring the same Google Tensor chip as the Pixel 6 Pro, you won’t be left wanting for speed here. Your app launches, page loading and picture viewing are all lightning fast, so you’ll really be able to switch on the go from apps such as Spotify to Maps in no time at all.

When it comes to taking pictures, the Google Pixel 6a features a dual rear camera system that employs a 12.2 mp wide lens, and a 12 mp ultrawide lens. Nothing special to brag about here, but the photos it takes are fantastic. There is a lot of behind-the-scenes stuff going on with some features built-in to the camera, like Night Sight and Face Unblur, both of which are Pixel exclusive features. All told, I was actually impressed with the quality of the nighttime photos I was able to take.

The Google Pixel 6a runs on Android 12, and it is wonderful to experience. Everything flows seamlessly and that is thanks, in large part, to the internal components like the 6 GB of LPDDR5 RAM. The Google Tensor Titan M2 Security coprocessor helped ensure that my content and data was safe from any potential wrongdoers trying to access the device.

“I am happy to say that the Google Pixel 6a comes in at a very respectable $599 CAD.”

On the topic of security, there are a number of different options to choose from when selecting a lock-screen security type: Swipe, Pattern, PIN, and Password. PIN and Password both require at least 4 characters/numbers to enable, Swipe is simply where you swipe to unlock, and Pattern is where you create a pattern of swipes from a 9×9 grid of points. Standard stuff, really. The fingerprint unlock pairs with whichever of the previously mentioned options you prefer, and the actual unlocking position is surprisingly on the front of the screen, rather than the back of the phone, like the Pixel 4a.

At the end of the day, what the biggest consideration always is, is price. I am happy to say that the Google Pixel 6a comes in at a very respectable $599 CAD. At that price, we only have one internal storage option, and it’s 128 GB, which I think is more than enough for the average user. That, combined with a fantastic battery life and great load times for apps, makes the Google Pixel 6a a wonderful choice for even some more advanced users among us.

When it comes to easy-to-use entry-level smartphones, the Google Pixel 6a sets the bar pretty high.
REVIEW SCORE
9
File Under: Google, Pixel 6a, Smartphone