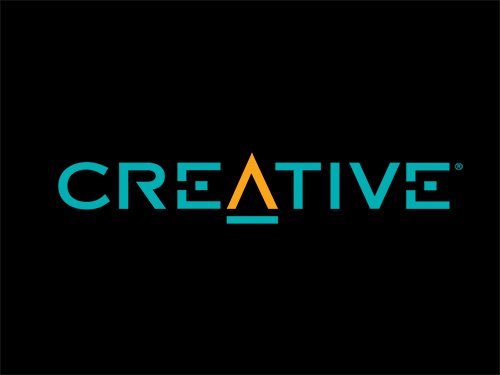 When budget peripherals advertise the fact that they offer all of the bells and whistles of the best in the market, it doesn’t take long for me to find deal-breaking compromises. Whether it’s poor build quality or cheap materials, some manufacturers are cutting corners on their mice and keyboards just so they can slap an attractive RGB sticker on the box. Thankfully, Creative hasn’t stooped this low and instead has developed a great duo of affordable gaming peripherals in their new Sound BlasterX line: the Siege M04 Mouse and the Vanguard K08 Mechanical Keyboard.

Now while it’s normal for me to review these products separately, I really like the idea of purchasing them as a bundle for new members to the PC ecosystem due to their software compatibility with the Aurora Reactive Lighting System and Sound Blaster Connect. This allows both the Siege M04 and the Vanguard K08 to sync up their RGB lighting effects and key maps, giving the user more customization options to consider for their personal setup.

Creative isn’t new to the world of mice, but they haven’t exactly developed one that was worth purchasing since the novelty value of the Fatal1ty 1010. The Siege M04 goes back to the fundamentals of what makes a quality mouse: proper balance, an accurate sensor, and an easy to grip form factor. I believe the Siege M04 will appeal most to users who love pear shaped mice, like the Razer DeathAdder.

The palm rest is high up, making hands naturally contort to a comfortable claw grip. The textured plastic on the side adds an extra bit of stability for the thumb to grip and allows users to easily make out where the three programmable side buttons are without needing to take their eyes off the action. While the Siege M04 weighs in a bit heavier than most competitors in this price bracket, the mouse glides smoothly on its four plastic feet with little effort. A spare set of feet is also included in the box should the user wear out the first.

The hallmark of the Siege M04 is definitely in its pinpoint accurate sensor, the PixArt PMW3360. While this name means nothing to a majority of readers, the facts are that the sensor has a native DPI of 12,000 and a polling rate of 100 Hz. These are valuable numbers that translate into a mouse that delivers a zero-lag experience to its users. In my experience of testing out the Siege M04 on the Destiny 2 Beta, the mouse delivered the same quality of control as I know with SteelSeries mice like the Rival 300.

There are two key complaints I have with the Siege M04; the largest one being that the DPI switch is raised instead of recessed. This design flaw can be a deal breaker for some users because their large hands can hit the switch during the middle of an intense game by mistake and throw them off balance. Thankfully the switch can be disabled via the Sound Blaster Control software, but it’s a shame some users will have to go without the DPI switch. Lastly, while I adore the vibrant RGB LED strip around the bottom of the Siege M04, the mouse loses a point for not being to change the colour of the front logo. Why this was done is a mystery, especially when every other company embraces this level of customization.

Moving on to the Vanguard K08, I’m pleasantly surprised at how much value Creative managed to pack into this mechanical keyboard. Not only does this bad boy have RGB lighting, but it even packs in custom house switches, USB passthrough, multi-media panel, and programmable Macro keys—all for $140 USD. At such a low price I thought there must be a major compromise for structure or stability somewhere, but there’s none to be found. The only noticeably cheap component is the included wrist rest, which is made of plastic and comes in at too sharp an angle to be of use to any user’s valuable wrists.

The custom house switches included with the Vanguard K08 are known as PRES switches and are co-designed with the help of one of the best switch manufacturers, OMRON. It’s refreshing to see that these aren’t attempting to copy the infamous linear experience of Cherry MX switches, but instead, deliver something unique to the market by executing a faster travel time than the traditional MX Reds. Creative accomplished this by lowering the travel distance from an industry standard of 4mm to 3.5mm. That might not seem like a big jump at first, but it does allow users to input more commands per minute than normal.

For just over $200 USD for both, users are ready to get into the PC ecosystem with reliable gear that features all the bells and whistles of top competitors. Creative is looking to get a slice of pie in a very competitive price bracket and I believe they’ve satisfied the needs and wants of most users. While the two products compliment each other beautifully, if I had to go without one of them it would be the Siege M04. I feel that this mouse needs one more price adjustment to get it out of the intense battle between Logitech, SteelSeries, and Razer if it hopes to stand out from the crowd. The Vanguard itself is a great budget board and it’s hard to find a keyboard that delivers the same feature set for less.

For just over $200 USD users are ready to get into the PC ecosystem with the Sound BlasterX Siege M08 and Vanguard K08, which feature all the bells and whistles of top competitors.
REVIEW SCORE
8
File Under: Keyboard, Mechanical Keyboard, Mouse