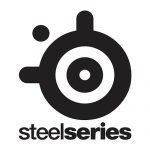 When it comes to developing reliable wireless gaming peripherals, no other company has a better track record than Logitech because no tech manufacturer has invested the same amount of time or money to compete with them. That is to say, until today. While the wired space has seen a plentiful bounty of competition from the likes of Zowie and Razer, SteelSeries and their Rival lineup of products are evolving to the next level with their latest wireless mice. Enter the SteelSeries Rival 650, a product so powerful in its field that the company touts it as being the first true performance wireless mouse on the market.

Marketing material aside, the SteelSeries Rival 650 is a fantastic wireless mouse for enthusiast users, retailing at $160 CAD. Consumers expect a lot of features for that price point and SteelSeries has yet to disappoint. Starting with the design, the Rival 650 features a beautiful matte black chassis with four rubber grip pads for comfort, three glide pads for consistently smooth movement, and five customizable RGB lighting zones for added flair. I adore the design of this mouse. The ergonomic design maintains the sleek look the Rival series of mice are known for, while improving a lot on the lighting features to make them more prominent across the body. Compared to Logitech, which loves to develop smaller and more compact mice for speed, SteelSeries instead focuses on developing more traditional shaped mice, perfect for users like me who have larger hands and want a bit more heft to their peripherals.

At the heart of the SteelSeries Rival 650 are two new systems, working in perfect tandem. The first being SteelSeries’ all new Quantum wireless technology, which performs at the same level as Logitech’s Lightspeed wireless system. Right out of the box, users can expect 1ms latency, delivered at a 1000Hz polling rate, across an optimized 2.4Ghz wireless connection. These are the staple requirements necessary to build a great wireless mouse and to create a virtually lag-free gameplay experience for the user. SteelSeries has done a great job with this first wireless iteration of a Rival mouse, but there are still some things that could use improvement, namely the battery life. The Rival 650 will run for 24 hours off a single charge, but more often than not, I found myself plugging in the mouse every night to ensure the battery wouldn’t run dry in the middle of something important during the next day. While tedious, the caveat to this is that the Rival 650 does contain a 15-minute fast charge feature, but a larger battery life overall would go a long way to improving user convenience.

The last system that needs mentioning is Steel Series’ best sensor to date, the TrueMove3+. While it’s safe to say that 99% of mice in the world have a single optical sensor, the Rival 650 is one of those rare exceptions on the market that instead uses two, each with a specific function. The primary sensor is used for the brunt of the work, 1-to-1 tracking of inputs, 100-12000 CPI range for the user’s sensitivity preference, 350 IPS to keep up with fast hand movements, and lastly, zero hardware acceleration to ensure accuracy. What makes the second sensor so game changing is that it is solely dedicated to monitoring depth, something I’ve yet to see offered by other competitors on the market. If the user lifts the mouse off the pad slightly, or even if there is a bump or indent on the mat, this sensor detects that unnecessary movement and eliminates it to make a distortion free experience for the user.

As with all SteelSeries products, users can take advantage of the Steel Series Engine 3 software to customize their RGB lighting effects, peripheral profiles, and macro keys. I’ve mentioned this software a lot in my previous reviews, but there’s a new form of customization, unique to the Rival 650, that I hope SteelSeries will start to adopt into more of their mice moving forward. Weight customization is a great feature included with most enthusiast mice, but I haven’t seen it done to the degree SteelSeries has taken it with the Rival 650. Instead of including a couple of weighted disks that users can insert into the bottom of the mouse, the Rival 650 includes eight 4g weights that can occupy up to four hard points on each of the detachable sides of the mouse. This not only allows users to adjust the overall weight of the device, but now they can even direct where that weight is dispersed to their personal taste. With almost 256 possible configurations available at the user’s disposal, there is definitely a specific profile that will fit your needs exactly.

My complaints with the Rival 650 are trivial at best, but are ones that I think SteelSeries can quickly improve upon with their next generation of mice. The included micro USB charging cable is plastic sleeved instead of braided unlike most mice of this price point, I’ve already addressed the need for a larger battery capacity for prolonged use, and I would have loved for there to be a compartment to store the small wireless USB adapter inside the mouse for those situations where users want to take their mouse with them on-the-go to LAN events or tournaments.

The moment I unboxed it I knew I was going to adore the SteelSeries Rival 650. It’s quickly become my new daily driver, over the Logitech G403 Prodigy and Rival 300, but I have no regrets switching over. This mouse has converted me into a wireless mouse user and I’m enjoying every moment of it. Users in the market for a wireless mouse now have two amazing devices to choose from. The Logitech G Pro satisfies the need for a longer battery life and packs it all within a smaller form factor, while the Rival 650 allows for more fine-tuned customization at a cheaper retail price. There is no winner between the two when it comes to performance, so the purchasing decision really comes down to which features and form factor interest you the most.

The moment I unboxed it I knew I was going to adore the SteelSeries Rival 650. This mouse has converted me into a wireless mouse user and I’m enjoying every moment of it.
REVIEW SCORE
9.5
File Under: Hardware, Mouse, PC