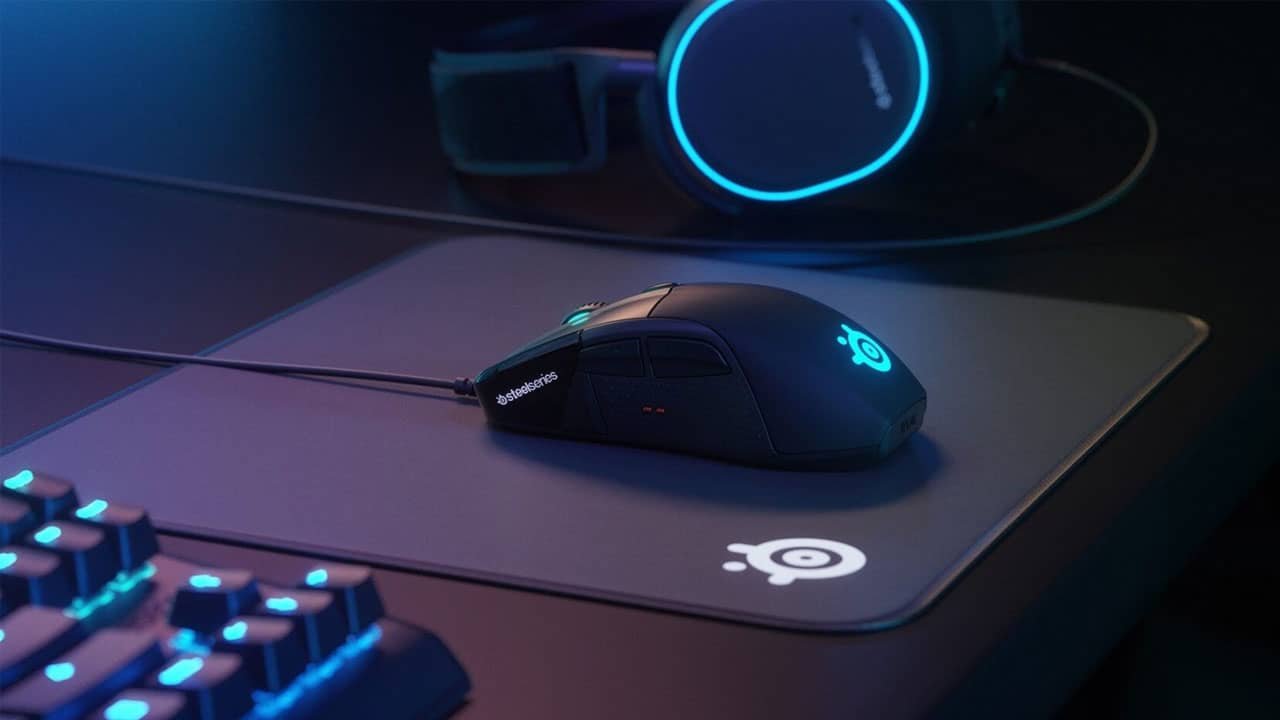 We at CGMagazine loved the SteelSeries Rival 700 when it first launched. It captured all the features we wanted out of a gaming mouse and delivered them in a package that was a pleasure to use. Now, with the Rival 710, SteelSeries are at it again, and somehow they managed to iterate in all the ways needed while maintaining the core of what made the Rival 700 such a great purchase.

Visually the Rival 710 looks almost identical to the 700, and with that comes the level of comfort the original offered. It is a joy for everyday computer use and gaming. Sitting at a desktop or laptop for hours at a time, you need a mouse that can be comfortable over the long haul, and thankfully with this iteration, there are no noticeable changes to the comfort level.

The simple design offers all the features you want while ensuring everything that is included has a use. Whether you are playing a team shooter or a MOBA you should feel at home with the mouse. The side buttons are easy to reach even after long gaming sessions, and all the buttons on the mouse have a great tactile feel. The mechanical switches featured in the 710 give the mouse a responsive and rewarding impact to each click.

Speaking of tactile, one of the big selling points with the Rival 700 range is the tactile feedback the mouse offers. While it currently only works natively in a selection of games, when it works, it is magical. Being able to know a skill is ready to launch in Overwatch or in DoTA 2 is a fantastic feature, and I am left disappointed that more games don’t support the feature natively.

Another notable feature of the Rival 710 is the oddly placed OLED screen at the left-hand side of the mouse. This little screen can be used for health levels, stats of the game, or a logo you want to display. Much like the tactile response, only a selection of games currently support the screen, and honestly, that is okay. While it is useful to display your team logo when streaming or playing at a tournament, using it for game feedback is a bit tedious. Few people look at their mouse while they play, and it does little to enhance the gameplay experience.

While I am not sold on the OLED screen, the new TrueMove3 sensor in the 710 is a welcome addition. Gaming mice have been pretty accurate for a while now, and for most people, the improvements in the sensors will not equal real-world results in games—but moving from the Rival 700 to the Rival 710 is noticeable. I found in twitch experiences like CS:GO or Fortnite I had to make far less extreme movements to perform twitch actions. It makes the full experience smooth, responsive, and fluid. Would I suggest you throw away your Rival 700 and pick up this new iteration? Not necessarily, but if you are forced to decide between the two, the 710 is a no-brainer.

At the end of the day, the question becomes, “How does the Rival 710 stack up in the pantheon of gaming mice currently on the market?” To that question I have to say that for the price, the Rival 710 is hard to beat. It is comfortable, packed with features, and offers one of the best optical sensors I have used in recent memory. While the OLED screen remains a superfluous feature even into the second generation, everything else makes the Rival 710 a must buy.

SteelSeries with the Rival 710 has improved on an already great mouse, to make one of the best options for eSports players currently on the market.