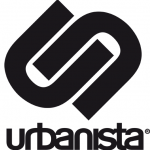 Once again, I have rushed myself into the modern era with a pair of wireless earbuds. Available in 5 different colours at a $69.00 price tag, Urbanista’s Stockholm Plus True Wireless earbuds offer high functionality with a reasonable price tag. Inspired by Stockholm’s “light and cosmopolitan vibe”, the design is simple yet fairly comfortable (like if IKEA were to design earbuds). You won’t find any noise-cancelling or gel cushioning here, but the basic features offer just about everything you’d need.

The Stockholm Plus offers an increased total playtime of 20+ hours (up from 14 hours), a LED battery indicator light on the case which holds up to 5 full charges (increased from 3 charges with no charge indicator), a new and improved microphone, a reset button on the charging case, IPX4 water resistance (get sweaty in a workout or walk in the rain without a panic), and a new fifth colour option (adding Titanium to the existing list of Midnight Black, Fluffy Cloud, Rose Gold, and Olive Green).

There are plenty of appealing upgrades on the list, but the battery indicator light alone might be worth the upgrade. I’d previously reviewed the 1More PistonBuds, and — while there is an option to download an external app that helps you track your earbuds’ battery life — keeping an eye on how often you might need to charge the case required a bit of guesswork.

Another bonus that the 1More PistonBuds seemed to lack is consistent touch control. The Urbanista Stockholm Plus earbuds were a bit of a marvel in that regard. Sensitive and simple, the touch controls were reactive, but without accident. You can adjust volume, skip tracks, answer calls, play/pause music, and even reject phone calls, all through simple gestures. This was the greatest improvement I noted, as it was a major downside in my previous earbud experience.

Let’s talk comfort and design for a moment. As previously mentioned, there’s no cushioning, they simply sit in the auricle of your ear (ie. the visible, external portion, not deep in your ear canal) similar to the AirPods. They’re decently comfortable, but they don’t feel quite as secure. While I didn’t experience any issues with the earbuds slipping or falling out during vigorous cardio sessions, I didn’t feel quite as confident that they wouldn’t.

They feature a longer stem, so while it’s easier to tell that you’re wearing earbuds (for anyone trying to catch your attention), it also meant that they were more likely to be caught in the elastic of a face mask. When going for a walk with a toque, I felt myself constantly making adjustments, just out of concern that the earbuds might not be quite secure. They are incredibly light though — each earbud weighs in at around 4 grams — so perhaps it’s because they’re so light that I felt more at danger of losing one at any given moment.

The Stockholm Plus True Wireless Earbuds do work with both iOS and Android operating systems — great — and the sound is actually quite good. Music and podcasts sounded bright, crisp, and clear, but the volume doesn’t get to block-it-all-out loud levels. They’ll do the trick, but this could be considered a downside if you’re looking to totally lose yourself in your music. If that is the case you’d likely be better off paying a bit extra for something that offers noise-cancellation. The plus side — perhaps with the urban design in mind — is that they’re a bit safer to wear when out and about as you’re still able to hear external factors you might need to be mindful of (traffic, construction, surprise cyclists, whathaveyou).

Phone-to-earbud pairing is quick to activate as soon as you take the earbuds out of their case, and about as fast to disengage. If you’re just pulling them out for a quick listen or to hop on a phone call, there’s no fussing about with an app. I found that there would be the occasional minor hiccup when listening to music, but not consistently enough that it was a problem or traceable to one particular issue.

As far as call quality goes, I didn’t have any issue hearing folks on the other line of the phone, but was alerted that my volume was difficult to hear if my tone dipped during conversation. One of the bonuses of the Stockholm Plus earbuds is that they have a microphone on each side, so the earbuds can be used individually when on calls. So if you want to keep one ear out while you putter, the only thing it will really affect is your ability to use the touch controls (as each side offers specific functions). But, the earbuds are virtual assistant voice-control compatible, and you can still use voice control with just one earbud in. So there’s that.

For a second generation model, it’s impressive that Urbanista has managed to increase the form and function while decreasing the price tag. As a low-budget option for wireless earbuds, the Stockholm Plus managed to impress me with reactive touch control and the battery life indicator. They’re reasonable, simple, and stylish; you really could do much worse if you want a basic model that won’t break the bank but still delivers consistent quality. And if you’re looking for some noise-cancellation options, Urbanista also offers the London model which also comes in 5 colour options for a sensible price tag ($149.00) with the same battery light feature.

Straightforward operation with high functionality is the name of the game with urbanista’s stockholm plus
REVIEW SCORE
8.5
File Under: Hardware, Headphones