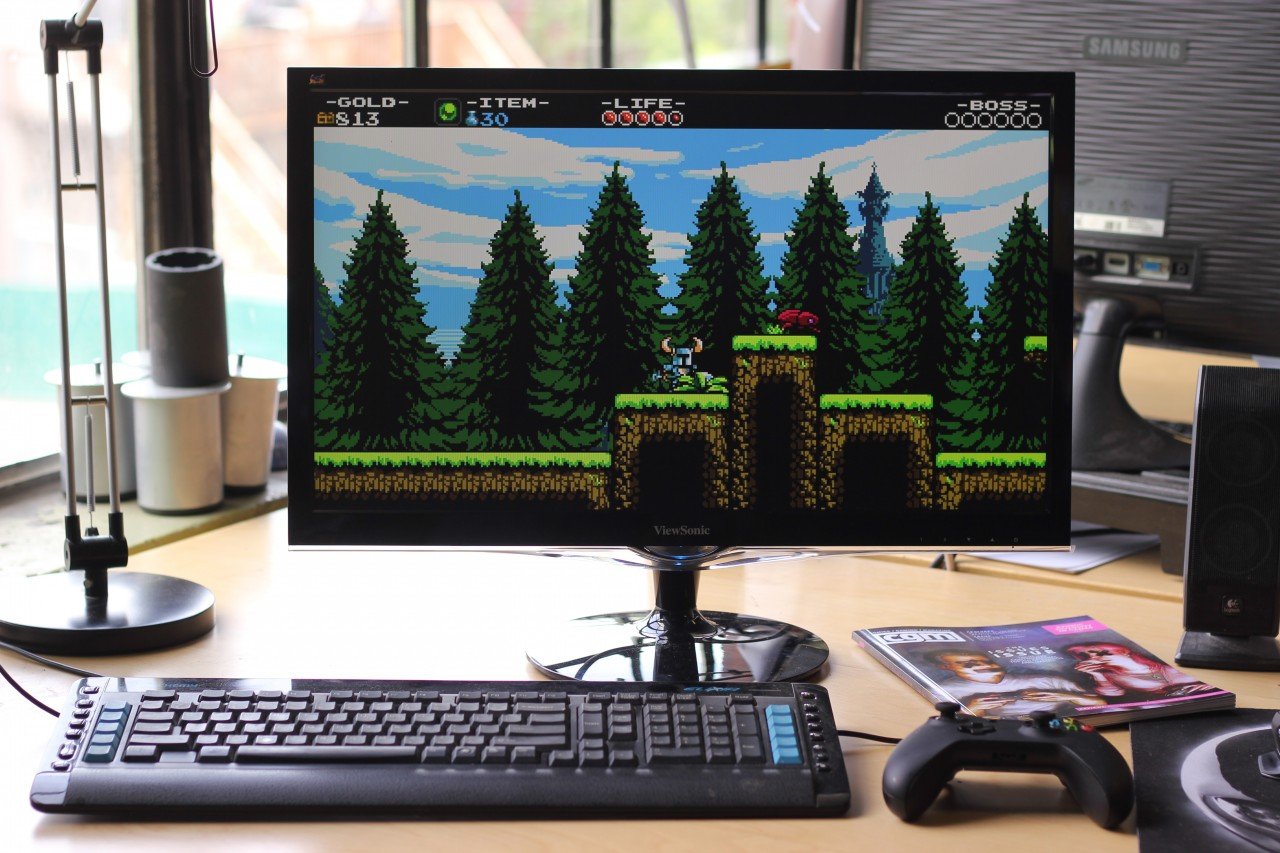 When it comes to PC gaming, there’s a never-ending struggle between price and performance. There’s an understandable desire to make sure the gear you have can run the latest games at acceptable thresholds, but the line between affordable price and tolerable execution can get blurry. This is particularly true in the area of monitors, where the gamut of displays can run from 16” units that are less than $100 and break down after a few days to medical grade diagnostic displays that are over $3000, because lives literally depend on the equipment working well. Somewhere in between these ranges is the ViewSonic VX2452mh monitor. At 24”, it’s a big monitor, and at $200, it’s a reasonable price, but what do you get with that package?

$200 isn’t a lot for a monitor, so potential buyers need to keep expectations firmly in check. The build of the monitor itself is functional, but not fancy. The base is a bit unstable, so expect some slight wobbling if anything bumps into or drops onto the desk the monitor is sitting on. It’s possible to tilt the monitor slightly, but aside from that, there’s no swiveling or height adjustment with this monitor, once it’s assembled; what you see is what you get. It can be wall mounted, but that’s the only concession to customization ViewSonic made with the VX2452mh. Inputs are similarly functional, with only the usual VGA, DVI and a happy bonus with an HDMI port, so it will accept consoles. There are also speakers built into the unit, but, as with any flat screen display, it’s not recommended that you use these speakers as your sole source of audio transmission as they’ll never sound as rich as dedicated speakers.

The VX2452mh is designed primarily as a budget gaming monitor. It’s evident in the way ViewSonic has prioritized features. Five built in modes cover a modest range of viewing preferences (ie, Cool, Warm, sRGB and a few others) but the main event for this monitor is the Game Mode, and its companion feature, ClearMotiv II. This technology is largely about reducing the blurriness inherent in fast motion, such as what’s seen in games, or sporting events broadcast in high definition. For action gamers, this delivers a big screen with crisp motion representation, and that might be just about all you’re looking for in a monitor, but for others this emphasis on gaming comes at the cost of other frills.

The viewing angle of the monitor is narrow, once again emphasizing that this was probably made to be looked at by an audience of one. Watching it from anything other than a straight on angle immediately leads to a loss of clarity. Color itself is passable, but not great. There’s a bit of trouble in the greyscale area, and most other colors can be calibrated for greater depth and richness on other monitors (even cheaper ones), but keep in mind this is a budget monitor at a premium size.

Essentially, what you’re getting with the VX2452mh is a big gaming monitor with an HDMI input and speakers at a price of $200. , whether that’s PC or console, and its own speakers so no extra audio equipment is required. However, in all other respects, the monitor is an entry level model, and it’s just not going to have the clarity, color, richness or viewing angle of the more expensive monitors, nor should it. If you’re less concerned with just how accurate your green color is compared to the CIE chromacity chart, and just want a big screen with no ghosting for Star Craft or Battlefield 4, then the VX2452 is a recommended bargain at this price. If you’re a little pickier, and were hoping for accurate color representation, rich, deep blacks and a screen that a group of people could enjoy watching, then you’re probably more in the market for a television or perhaps need the accurate color for digital artwork, and this monitor—with its gamer centric features—is probably not for you.

Taken in that context, this is a reasonably priced machine that’ll give a decent amount of screen real-estate for gamers.