Does Everything NEED RGBs? 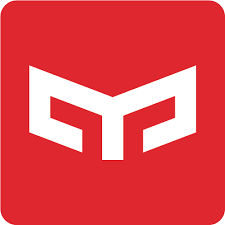 When you spend all day staring at a monitor, proper lighting is paramount. I have tried everything from blue light glasses, to desk lamps, to blue light filtering directly on my monitor. When the Yeelight Monitor Light Bar Pro came to my attention, I was skeptical, but willing to give it a try. It wasn’t actually until I removed the light from my desk that I realized how much I really enjoyed it.

The theory behind the Yeelight Monitor Light Bar Pro is that it will help reduce eye strain when working or gaming. The main light on the bar does exactly what is promised, so much so that I didn’t really notice it at all. Like I said, I missed this light when it was gone more than anything. While in use, there was no bright glare, and staring at my screen was a breeze, and when I removed it, I could very clearly notice the difference.

The 19-inch main monitor light features 80 LED beads that produce soft, flicker-free light. There was never a glare on my screen and turning the light bar on didn’t feel blinding. The Yeelight Monitor Light Bar Pro tilts 25 degrees and is simple to move. I do wish it could turn just a little more, just to double as an extra light on the desk itself when needed, but as it is now, that would disconnect it from the base, turning it off completely.

The base of the Yeelight Monitor Light Bar Pro is flexible but strong, and holds enough weight flexibility to keep the light in place, even on curved monitors, with the ability to fit monitors from 1 to 3.2 cm. The light is powered by its own AC adapter and cord and users are warned against using it hooked up to your PC as it can cause issues. I used it as instructed after a quick search proving users who tried the other way required full factory resets of their lights.

“The base of the Yeelight Monitor Light Bar Pro is flexible but strong, and holds enough weight flexibility to keep the light in place, even on curved monitors”

A rotary switch knob is included to control the Yeelight Monitor Light Bar Pro. This, at first, seemed like a strange gimmick, but I ended up being quite fond of it. Essentially, it’s a battery powered dial that allows you to control the on and off, brightness of the main light, colour of the RGBs and more. Through a series of clicks, double clicks, and left and right turns, you can fully control the entirety of the monitor light. During testing, I needed a handy-dandy cheat sheet, but eventually I got used to the controls and was happy not to have to jump into the app.

Ah yes, the app. I had a lot of issues trying to get my Yeelight Monitor Light Bar Pro to connect to the Yeelight app. After a lot of repeated attempts connecting, I was so fed up with the app that it felt better off not using it at all, since the wireless rotary switch was much less complicated. The app itself is poorly rated on the Google Play Store, which I can understand between poor load times, settings not saving, and being able to reset the device becoming a near impossible task.

But alas, I had to stick with the Yeelight app, since I needed to test the Razer Synapse connectivity (it works with Overwolf too). You need to be hooked up to the app, turn on LAN control, download Razer Synapse, then install and open the Yeelight Chroma Connector. From there it should just work. “When you launch a program that works with Razer Chroma it will automatically take over your device lighting.”

This was mostly true for me, with the game reacting to the games I was playing in both Fortnite and Elder Scrolls Online. My issue with the RGBS though, is that if your monitor isn’t directly up against the wall, they are almost useless. I have dual monitors, so one light is silly to begin with. But for testing purposes, since my monitors are at slight angles from the wall, the colours were very dim, even on their brightest setting.

“All in all, the Yeelight Monitor Light Bar Pro showed me the value of a good light bar on my monitor, and I don’t want to go without one.”

The RGBs on the Yeelight Monitor Light Bar Pro feature 16.8 million available colours and unique lighting effects, as you’d come to expect with anything that works with Razer. The lights are fun to play with, and really let you deck out your space in line with your other peripherals. If you’re a streamer, I’d say the RGBs here aren’t really worth your time though, since they don’t provide any colour or effect in front of the monitor, only behind.

The Yeelight Monitor Light Bar Pro has some really valuable uses in terms of lighting your work area and saving space, but it adds on a lot of “bonuses” that, though fun to use, aren’t really necessary, and bring the cost up to $119.99. Though this isn’t an outrageous price, unless you plan to make use of the RGBs, you’re probably better off finding something else. All in all, the Yeelight Monitor Light Bar Pro showed me the value of a good light bar on my monitor, and I don’t want to go without one.

The Yeelight Monitor Light Bar Pro is an excellent monitor light with a log of colourful bells and whistles. It's up to you to decide if you need them.
REVIEW SCORE
7.5
Buy On Amazon
File Under: Monitor, Yeelight