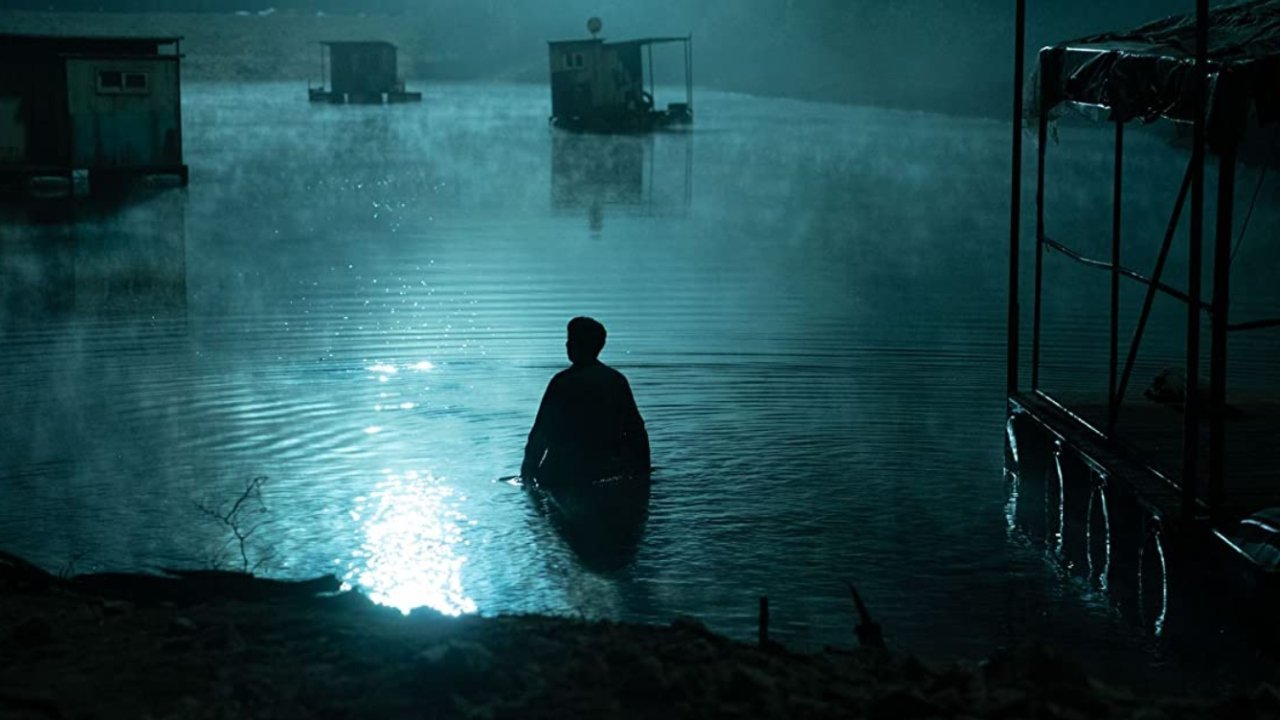 Real life experiences with angels and demons are always interesting horror fodder, but this one takes a slightly different approach to the theme. Following the success of the oft buzzed about Train to Busan, director, Yeon Sang-ho, has adapted his webtoon, The Hell (지옥), into a series for Netflix. Hellbound, the first three episodes which were viewed for this review, adapts the spooky webtoon into a live-action haunting tale about real-life demons landing in the middle of South Korea.

The series starts with a literal bang. A nervous man sits jittering in a coffee shop, watching the clock on his phone. As a moment hits, Darkseid, Steppenwolf, and Apokolips (just kidding, just a few hell demons that look like some old friends)descend upon him and drag the sulking sap to Hell. With proof of the existence of Hell, and the implication of Heaven and a god, residents descend into chasing this phenomenon and debating the futility of a police investigation into an other-worldly murderer.

Jin Kyung-hoon (Yang Ik-june) is investigating the mysterious deaths. Simultaneously, he’s managing recovering from the murder of his late wife, and that his daughter appears to have joined a strange cult led by Jung Jin-soo (Yoo Ah-in). The mysterious leader has a black and white view of morality, and believes sinners are cast into Hell. He collects followers who gather to witness the deaths of these sinners and prove to the world that the divine is real.

In staying close to what’s happening with the supposed religious sect, the detective finds himself in an off situation when a woman claims proof that she’s been warned she will, soon, be dragged to hell. A team is deployed to protect her children as she’s paid significant money to display her punishment to the masses. Beliefs are challenged and sins are sussed out while everyone watches a rapidly ticking death clock.

Though out of Korea, Hellbound has a few elements that are reminiscent of J-Horror. Mostly the “___ days” countdown clock that is reminiscent of Ringu and One Missed Call. It further evokes Takashi Miike’s One Missed Call with the bombastic nature of the ‘gathering to witness the woman’s death by demon’ scene. The audaciousness of the characters in the scene was uncomfortable and terrifying and reminded me of the way Miike conjured our worst nature to want to witness the morbid.

Hellbound does an interesting job contemplating the internet age, reacting to these sorts of religious deaths. In a way, it felt like a country rallying to witness the burning of Joan of Arc at the stake, this time with attendees carrying cameras and pre-researching online. The hazard of the internet is also contemplated, with an anonymous streamer rallying masses to the Arrowhead group, revealing personal information that puts victims in danger. Nothing about this series is subtle, but it does gently bury that it’s a modern telling of the types of societal anxieties of a nation.

“Hellbound is very delicate at times, slowing down its pace, and it’s score for quiet moments…”

The tone of the show is spooky and surprisingly gentle. Big giant Hell beasts storm a city, splattering blood on gridlocked cars, black lights and neon paint make up streamer cut scenes, and floating faces terrorize average people. But Hellbound is very delicate at times, slowing down its pace, and it’s score for quiet moments with grieving and confused characters wondering why they’ve become targets and struggling with their morality and mortality. Wrapped together, this makes for a dynamic story of good and evil, ethical conundrums, and religious sanctity that’s much more than the fiery deaths of unnamed villains.

These first three episodes show just enough of the concept’s cards to ensure you want to come back for more. Big twists are spared for the mid-season credits roll, but there’s still so much left unknown. What excites me, as a viewer, is the over-the-top leaps that suggest a rising religion in the modern era. It’s uniquely twisted how this series has contemplated miracles in 2021. The sorts of reactions that might fly up from the ashes are the juicy material I can’t want to see spill out in coming episodes.

The director of Train to Busan has adapted his webtoon into a frightening tale of good and evil that contemplates the manifestation of empirically experienced religion in the internet age. 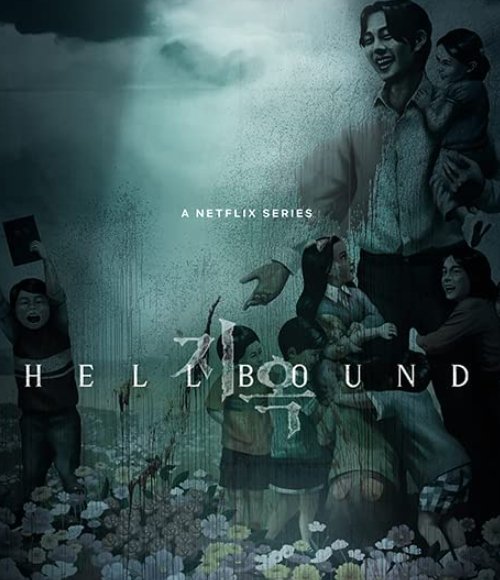