The Charms And Hidden Sorrows Of Childhood
SCORE: 9/10 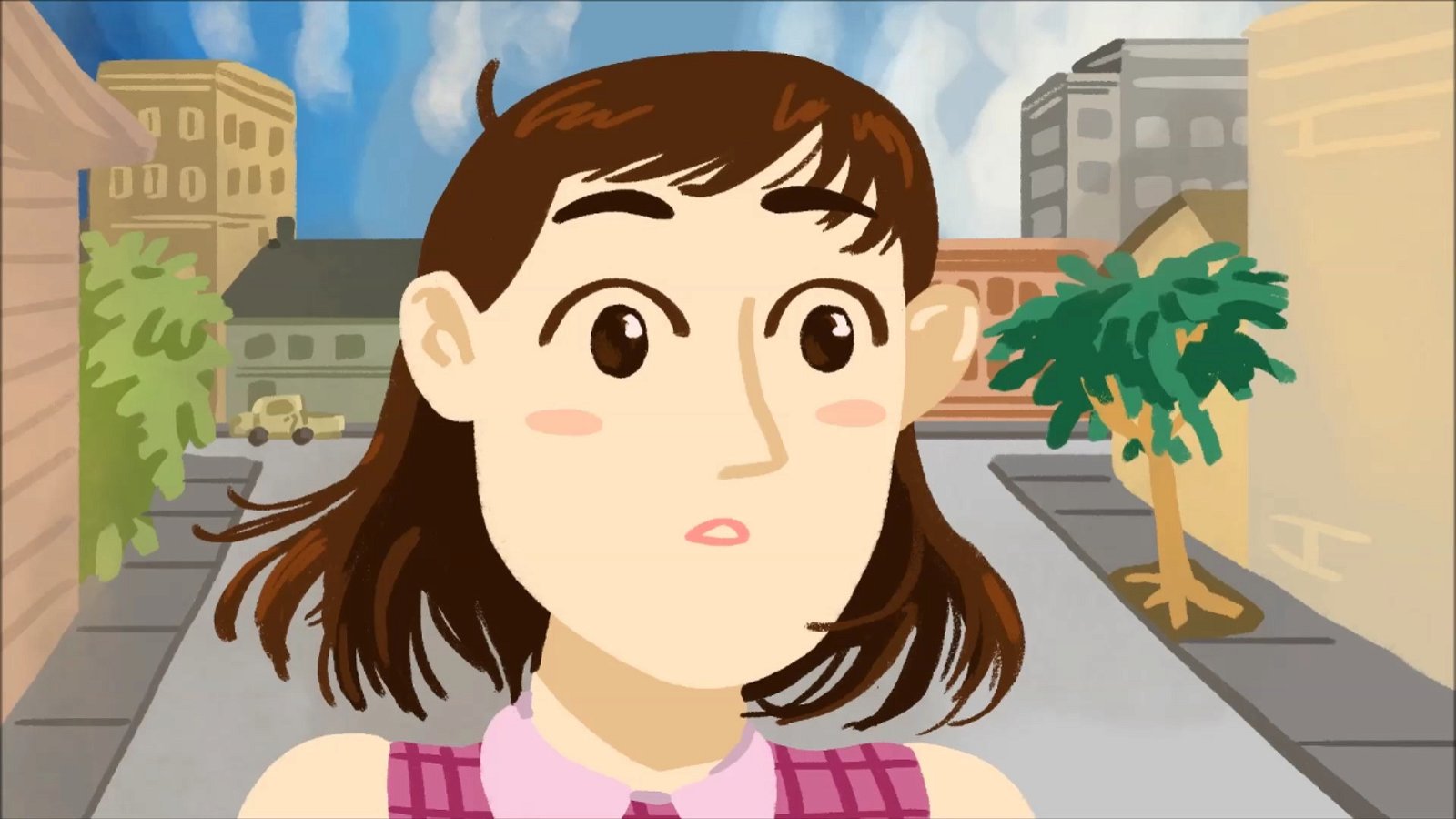 Kimmy aims to take players back to past memories of summers spent babysitting, caring for younger children even though they were only kids themselves. Under the summer sun, they’ll play games, make friends, and get to know the neighbours in this visual novel slice of 1960’s Massachusetts.

Players take on the role of Dana, an older girl who stumbles across the titular Kimmy playing in the streets. The little girl has slipped the rope that tied her to her porch, and through a few conversations, Dana soon finds herself taking over the rope’s job of looking after Kimmy.

If that setup seems off, it should. Despite its charming nature, Kimmy features some harsh aspects of growing up. Without spoiling them, there are some bleak aspects to these childrens’ lives, and players will get hints and snippets of them as they speak to these children on a daily basis. It’s up to them how much they may want to know about the other kids’ lives and how invested they get, but there are deep, sometimes upsetting stories behind each of the smiling faces the player comes across.

That might not seem apparent from the art style. Kimmy’s visuals ooze wonder, carrying a child-like appearance and looking as if they’d been drawn in crayon. The characters have a simplicity and cheer about them in this style, yet all stand out as unique, as does the world the girls inhabit. It feels like meandering through a child’s drawings, yet with the skill for composition, expression, and character that comes from a skilled artist.

The writing does a fantastic job of capturing the conversations of children. From their erratic, constant topic-switching to their powerful enthusiasm and extreme emotions, players will be caught up in a torrent of conflicting emotions and ever-shifting subjects, only just barely able to hang on as the children speak. They’ll want to listen, though, as each character stands out, offering their own interesting story.

Playing games with the kids is another story, though. To play a game, players must guess the rules of the game across dialogue options. Guessing the rules of hopscotch and tic-tac-toe is easy, but having to select them each time the player wants to select that game with that child is irritating, and since it’s mandatory to do for each conversation, it gets a bit tired and feels pointless.

Kimmy tells a delightful story of childhood playmates, all with an undertone of mystery and sadness that’s buried beneath games, silly conversations, and youthful enthusiasm. It effortlessly weaves that childhood wonder and the crushing weight of dark real life events, forming a story that drags the player in with its grinning characters and light art.

Kimmy tells a delightful story of childhood playmates, all with an undertone of mystery and sadness that’s buried beneath games, silly conversations, and youthful enthusiasm.