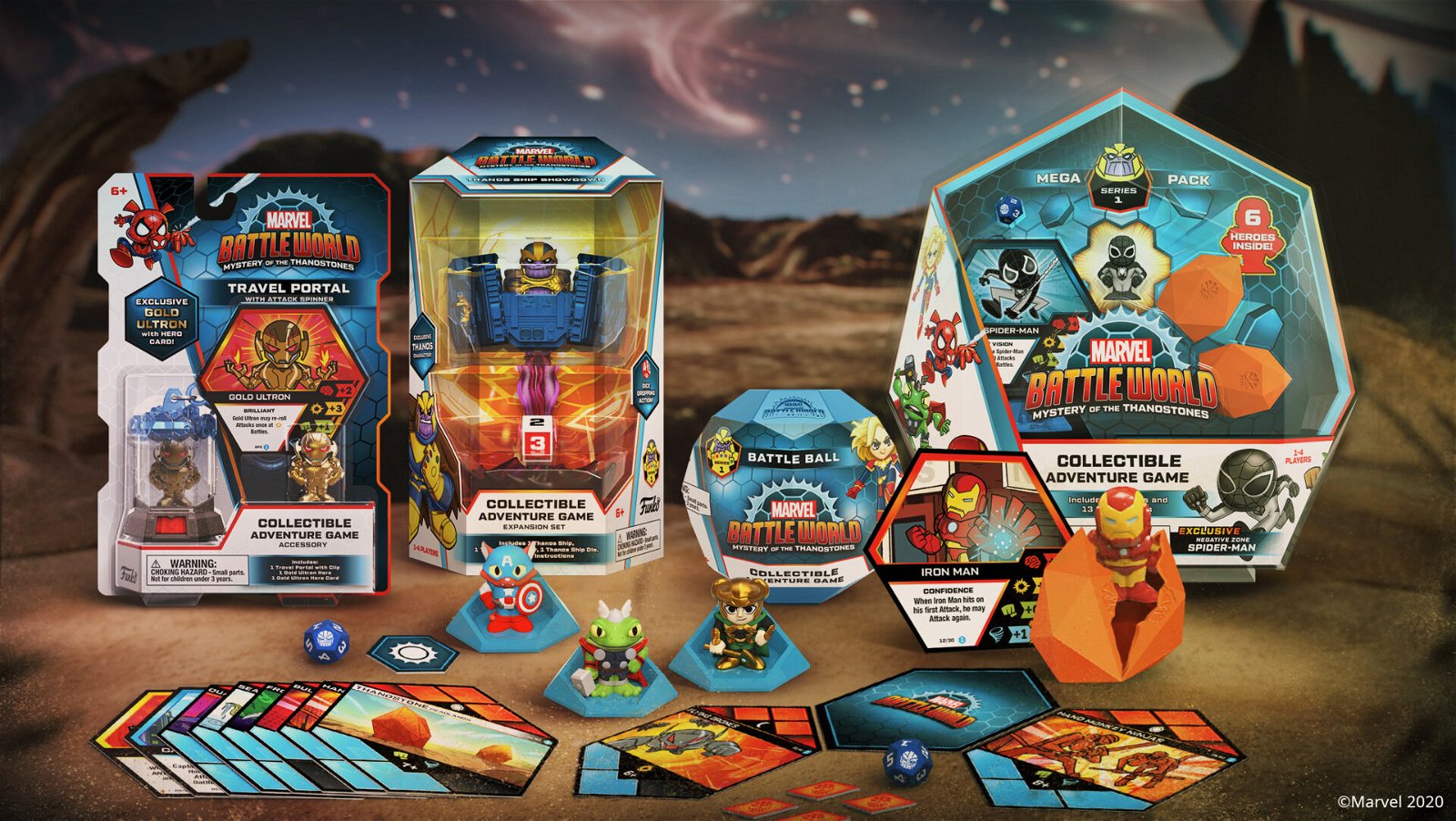 As a mom of two, I’m constantly looking for new games that will keep my kids engaged and away from their screens for a little while. This is easier said than done. Luckily, with Marvel Battleworld, we found a game that not only features our favourite fandom, but it has multiple uses for children as well.

The premise of the game is that Thanos has trapped your favourite heroes (or villains) in Thanostones and it’s your job to make it through the game to break them free. Essentially, you play as a hero of your choice, pay close attention to your character’s special abilities, draw cards to create your board and roll the attack die to see if your attack lands or misses. Marvel Battleworld’s objective changes based on the number of people playing, needing to win or lose more battles to complete the game.

The game took us a little while to get into the swing of. The instructions are not entirely clear, missing small steps along the way like what to do after you place your character on a completed Battle Card. It says to flip the card and place your character on it, but then never really mentions that the character doesn’t stay there, and placing it there is purely ceremonial. Once we figured that part out, it was pretty smooth sailing, though we did need to check back with the instructions frequently.

We checked out several different sets, including the Treachery at Twilight series sets, which feature several of our favourite characters. These sets can range in price from $9 USD to $20 USD and they all feature different characters, making it a collection that seems to never end. They also offer a Storage Case for $25 USD, which I would highly recommend if your children are into collecting—you’ll need it.

“…with Marvel Battleworld, we found a game that not only features our favourite fandom, but it has multiple uses for children as well.”

The range of Marvel heroes and villains is great, with some I didn’t know, like Spider-Ham. Captain Marvel, Black Panther, Ironman and Spiderman are all there, with special variations of some characters in different colours or suits. The characters resemble Ooshies, another popular kids collectable, and their poses are all basically the same.

Some of the larger Marvel Battleworld sets contain special props that change gameplay. This could either further complicate things, or enhance the gameplay, and I found it was really dependent on the age playing it. At six, the extra pieces seemed a little too much for my son to remember, so we opted to stick with the base game and just include the extra characters.

In each set your Thanostones, Danger Tokens and Danger Coin are cardboard, but you can purchase the Premium Pieces Pack to get better quality, plastic game pieces and Spider Island Groot. I didn’t love the variation. Having to purchase decent pieces separately is just one more thing they want you to buy. This game can cost you a fortune if you let it.

A downside to Marvel Battleworld is that essentially, once you open your Thanostones, you’re off to the store to buy a new pack. It is very much a game geared toward children and tries to bank on the fact that they will always want another set. A simple table top game is now a cash grab and it isn’t ideal for continued gameplay.

We found a work around to this, however. Because we had the larger sets with the hard plastic pieces, our Thanostones can be reused. We would blind grab a couple characters and toss them in the stones so we could be surprised when we got to open one, rather than having to buy all new sets. It gave Marvel Battleworld some more longevity and stopped the kids from getting bored.

One thing I really did enjoy about the “collect them all” system is that even if we don’t have time to sit down and play through the game itself, the pieces are still fun for kids. My son uses them like action figures and has a great time and loves setting them up and organizing them in his Storage Case. There is something to be said for a good Marvel collection.

Overall, my family enjoyed playing Marvel Battleworld, but it took some effort to fully understand, and we did create a few workarounds to keep the game relevant and functional for us. I suppose that is part of the joy of the game though, you can customize it to work for your family’s needs. My son will never get tired of Marvel Battleworld, so I guess it’s a win, even if it will end up costing me.

Marvel Battleworld is an entertaining enough game, and the collectable pieces are cute, but it’s constant need to purchase new pieces and complicated instructions left us grabbing something else to play more often than not. 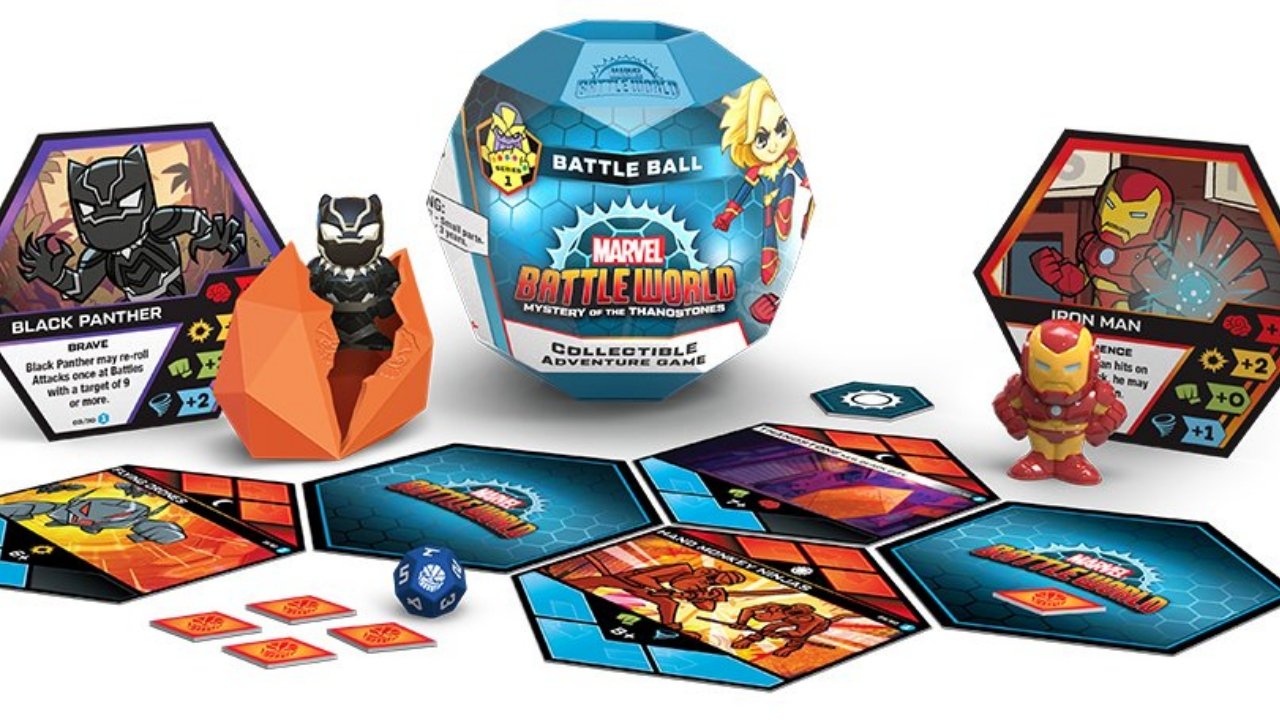