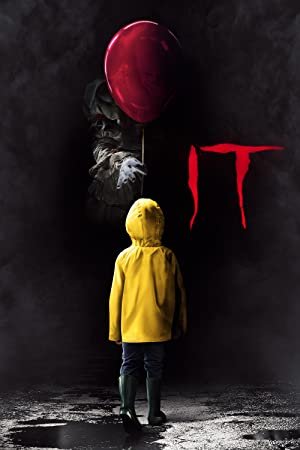 Thanks to the reliably unreliable nature of nostalgia and memory, everyone seems to think that Stephen King’s horror epic It already has a worthy cinematic adaptation.

That’s not quite true.

Sure, Tim Curry’s performance as the ultimate demonic clown Pennywise is iconic, but the TV mini-series containing it? That’s a toned down and often tone deaf affair that tends to flounder whenever it isn’t delivering spooky clown set pieces. Fortunately, that’s finally changed. Director Andy Mama Muschietti’s opening salvo in a planned two-part It epic not only perfectly captures everything about the first and superior half of the novel, but might actually improve on the source material in a few ways. This is one of the best Hollywood horror movies in years and coming off the heels of Get Out and Split, suggests that we might be a experiencing a mini resurgence of studio funded horror flicks. That’s damn good news for those who love things that go bump in the night.

The film opens with the one scene that everyone knows from It, even if they haven’t actually seen the miniseries or read the book. We see an unfortunate little kid meet Pennywise (Bill Skarsgård) at a sewer drain and…well…you know the rest. This time the gore from the novel is intact and even though Skarsgård’s more squeaky and stylized take on Pennywise is a bit jarring at first, it’s clear that Muschietti knows what he’s doing and the book is in good hands. From there the movie gets all Stand By Me, introducing a collection of loveable middle school outcasts known as The Losers Club. They bond over 80’s pop culture, childhood tomfoolery, relatable kiddie swearing, and the fact that they are all tormented by the same mulleted bully, Henry Bowers (Nicholas Hamilton). They also all slowly meet Pennywise, a creepy clown ghost who is in some way connected to their town’s origin and tends to transform into every kid’s innermost fear whenever being a creepy clown isn’t enough. For the stable kids, that means movie monster imagery. For the troubled kids, that means transforming into physical manifestations of their trauma. It’s creepy stuff and eventually, the whole Losers Club all admit that they’ve met Pennywise and decide that it’s up to them to bring down the clown.

First and foremost, it’s worth noting that this version of It is pee-your-pants, clutch-your-chest terrifying. In his Guillermo Del Toro supervised directorial debut Mama director Andy Muschietti proved that he has a knack for haunting atmosphere and shocks, but really cuts loose here. Scares pile up at a rapid clip with the Pennywise concept allowing the director to dabble in a variety of monster movie styles. The effect keeps viewers endlessly on edge and admirably, Muschietti holds nothing back even though his film features children. It can be a vicious movie at times that also uses teasing, suspense, and psychological techniques to tickle audiences in all the best wrong ways. There’s something here to scare everyone here with Skarsgård delivering an intimidating icon that lives up to the hype.

Yet beyond all of the creeps, jumps, screams, and gags, the flick has something more on its mind. The movie crafts such a harshly realistic and relatable cross-hatch of small town coming-of-age tales  (including a remarkable line up of child actors who all shine without an ounce of precociousness) that It works just as well as drama as it does as a thrill ride. That allows the movie to live up to the ambitions of the book, delivering a moving portrait of childhood trauma and growth that just happens to revolve around a demonic clown that represents evil. The script skips out on the indulgent inter-dimensional nonsense from Pennywise’s backstory as well, with the creature’s origins remaining a mystery and as a result, coming off as far more frightening. That means that the sequel will carry a heavy load of exposition and explanations that could sink it. But hey, the back half of the book was always the weakest part anyways. At least there’s one It movie that captures everything that makes King’s massive doorstop of a novel so memorable and horrifying. We can all pretend the next chapter doesn’t exist if it disappoints. I’m okay with that.

Of course, there are some problems with the movie as well. Some of the childhood traumas explored through horror might come off as tasteless to a few viewers, not all of subplots feel fully developed, a few of the late 80’s references feel tacked on (seriously, no kids loved the original Street Fighter, only Street Fight II. We all know that), and unfortunately Mike’s crucial role has been reduced to the point that some might consider it tokenism. Thankfully, these are all minor issues that will only irritate Cinema Sins nitpickers and don’t actually detract from the movie significantly. The good news is that the 2017 edition of It is probably the best version that we were ever going to get from a Hollywood studio. This is a terrifying, resonant, and brilliantly told horror yarn sure to satisfy long time It fans and give a new generation of viewers a complex about creepy clowns. It’s probably going to be a hit, it might even become a classic, and anyone who loves screaming and squirming in a movie theatre is about to have a damn good time. Get ready to see a ton of Pennywise costumes this Halloween and maybe for all future Halloweens as well. It is the real deal.

Stephen King’s horror opus It finally gets the movie it deserves in a masterful opening to a two-part adaptation.
REVIEW SCORE
9
File Under: Horror, IT, Stephen King