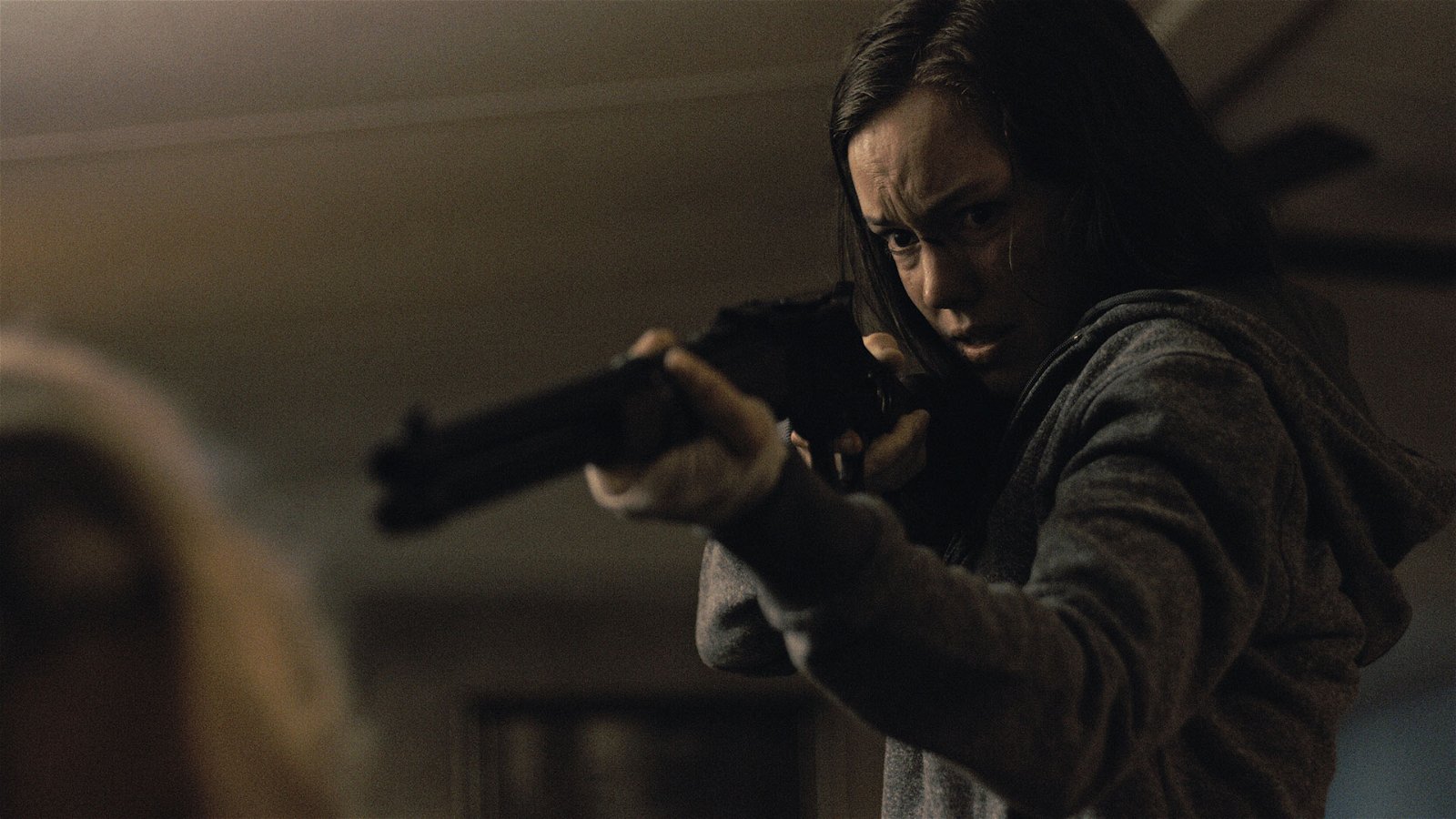 What’s that they say about no good deed going unpunished? What if your good deed is to call attention to your own mess? What’s the punishment for a glimmer of goodness in an otherwise negative action?

There’s an ambiguity to ethics and morals, and when tested with fighting for her own life, Blood on Her Name’s Leigh faces a relentless stack of moral quandaries and their inescapable consequences.

With her husband jailed, Leigh (Bethany Anne Lind) is doing the best she can to keep herself and her son afloat. She’s operating her garage and scraping by, desperately trying to keep her son out of trouble, and money in her pocket. But her barely together bag of issues bursts when she accidentally kills a man, and her moral compass forces her to leave the body where it will be found, affording the man’s loved ones some closure. Her choice, in line with the brand of ethics a woman grasping to a semblance of survival in a world pulling her down, sets of a spiral of Hitchcockian disasters when the man’s keen girlfriend and her ‘grey area’ police officer father (Will Patton) come knocking.

Blood on Her Name boasts a relentless feeling of desperation. Before it’s even clear in exactly how much trouble Leigh is, it’s obvious she’s treading water. Meeting her son’s PO, trying to shield him from his father’s convictions, gather enough cash to pay fines and fees, Leigh is the portrait of the low getting kicked lower. Her story is an indictment of the cycles people are forced into by no fault of their own, the collateral damage of a “system” allegedly built to protect them. Through the story of Leigh’s crime and punishment, the film showcases the consequences of unfavourable reprimand that begets more bad deeds. Leigh and her son’s desperation for survival are what ultimately take them down a path towards a shoot out in a garage.

Where the film portrays cycles of poverty, it further illustrates the intentions of women tasked with protecting their men. Leigh is assured by her father that had she hidden the body she took in self-defence, she might not have had any eyes on her. But Leigh’s compass couldn’t leave his loved ones in the dark. Dani (Elisabeth Röhm), the deceased’s girlfriend with rousing suspicion, confronts Leigh, and though they’ve no trust in each other, they insist they didn’t instruct their sons who set off the violent sprees. These women are consistently forced to clean up the messes made by the men they’re loyal to.

A first feature by writing duo Don M. Thompson and Matthew Pope (also first feature director), the film is incredibly impressive. It doesn’t trip over itself with exposition, but simply fills in the blanks of the back story leading to the inciting killing within its linear story. Questions are answered in time, allowing the audience to better appreciate each previous scene with a more informed lens, without forcing them to jump through time. It’s expertly restrained in a way that takes us through Leigh’s life as it is kicked off its already busted up rails. Bethany Anne Lind and Elisabeth Röhm really shine as the two women who might otherwise have everything in the world in common but have no time for friends while they’re struggling for a semblance of normalcy in the lives they’ve slipped into.

Blood on Her Name is never subtle, but it holds its card to its chest, dumping you immediately into a bloody scene in a garage then never letting up, much like Leigh’s own reality. It’s tense and unrelenting, and a ferocious exploration of moral codes when tested as against an unjust reality. You can break rules, but the consequences of actions are never far behind, and Blood on Her Name is about the terror that slinks in when your consequences catch up to you.

This portrayal of the inevitability of dire consequence lands like a well-crafted Hitchcockian thriller that never lets its audience or character come up for air. 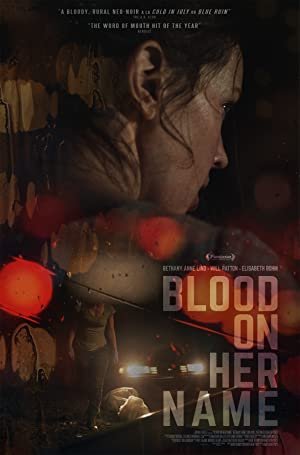