A Strong Start, but Falls Short of Greatness 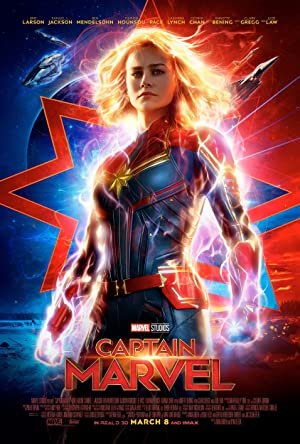 Captain Marvel has been a film I have been looking forward to for years. Ever since it was first announced that Carol Danvers would be making her big Marvel movie appearance, I was excited to see how it would turn out. The casting of Brie Larson was a masterstroke, capturing the core of the character wonderfully. And while there are issues with a script, and the weight of the MCU fanservice holding it back, Captain Marvel manages to stand out as one of the more engaging Marvel characters to date.

The Marvel Cinematic Universe is something I have a love/hate relationship with. On the one hand, the fan in me loves seeing all the characters I used to read as a kid make their on-screen debut. On the other hand, the constant need to fit all the movies within an overarching storyline limits the potential for creativity. From Captain America to Iron Man, the casting and way Marvel Studios have brought the comics to love have been fantastic. Even The Avengers, with its bloated cast, worked and was a great summer movie. But now, with Avengers: Endgame a little more than a month away, Captain Marvel has a lot on its shoulders. Needing to set up a new character, and push right into Endgame, without messing with continuity is a lot to ask of any movie.

Taking place circa 1995, Captain Marvel gives a glimpse of the Marvel universe before Shield was a powerhouse, with superheroes on the news daily. Carol Danvers is part of a space force in the Kree army tasked with wiping out the Skrull plaguing the galaxy. In one such mission, she finds herself separated from her squad on Earth, and must find a way back home. With the help of a young Nick Fury (Samuel L. Jackson) and her old friend and co-pilot Maria Rambeau (Lashana Lynch), she looks to take on the Skrull and get back to the life she knows.

When you boil it down, it is the plot of many fish out of water stories we have seen on the silver screen a thousand times. What makes things different this time around is the captivating performance of Brie Larson. She strikes the right balance of humor, self-assured wit, and vulnerability that makes her not only likable but iconic in the shoes of Captain Marvel. It’s just a pity the script does not know how to best utilize the talents on display.

This being a prequel to everything we have seen from the MCU thus far, Captain Marvel falls into the same pitfalls many prequels succumb to. Where it could be building up a character in her own right, giving Carol Danvers the chance to be something special, it falls back to exposition to explain to the audience why she is so amazing and giving hints and nods to other films in the MCU franchise. From Nick Fury’s eyepatch, to the origin of the Avengers, many of the concepts it tries to allude to add little to the MCU, and I would have much rather that the script give more time to explore the character of Captain Marvel herself.

As with any amnesia story, Carol spends much of her time being surprised by facts and clues about herself, that she does not have a chance to truly have a personality all her own. Even the flashbacks to her life before joining the Kree army only give us a hint at the real character behind the one-liners. From being told she likes to go fast by Maria, to her bucking of authority as told by Fury, the film spends so much time telling us why Carol is exciting, it almost forgets to show us.

Now don’t get me wrong: the last half of the movie finally gives Carol a chance to shine. In some fantastic scenes that depict her true potential, Captain Marvel has some of the more interesting and enjoyable fights of the past few MCU films. One fight involving a Happy Days lunchbox is particularly fun to watch, if not a tad disjointed.

The story in the second half overcomes most of the problems seen in the first hour or so. The Skrulls, with the wisecracking General Talos (Ben Mendelsohn), prove to be far more complex a foe than originally indicated. Combine that with Carol finally pushing past the lack of identity and finding herself, and Captain Marvel ends on a high note, even if the opening act struggles.

There’s a lot to like with Captain Marvel, and despite some misgivings, it’s one of my favourite entries to the MCU to date. And while I had a few issues with this first offering of the character, now that things are finally set up, I expect great things in the future. Script aside, Captain Marvel is a good entry in an already powerful franchise, and I for one look forward when to seeing more of Captain Marvel stranding on her own, among the deluge of male-dominated superheroes flooding multiplexes. Until then, we can see Captain Marvel once again when Avengers: Endgame hits theatres at the end of April.

There is a lot to like about Captain Marvel, and even with the issues of fanservice and a lackluster script, it manages to be one of the best Marvel films in recent years.
REVIEW SCORE
8
File Under: