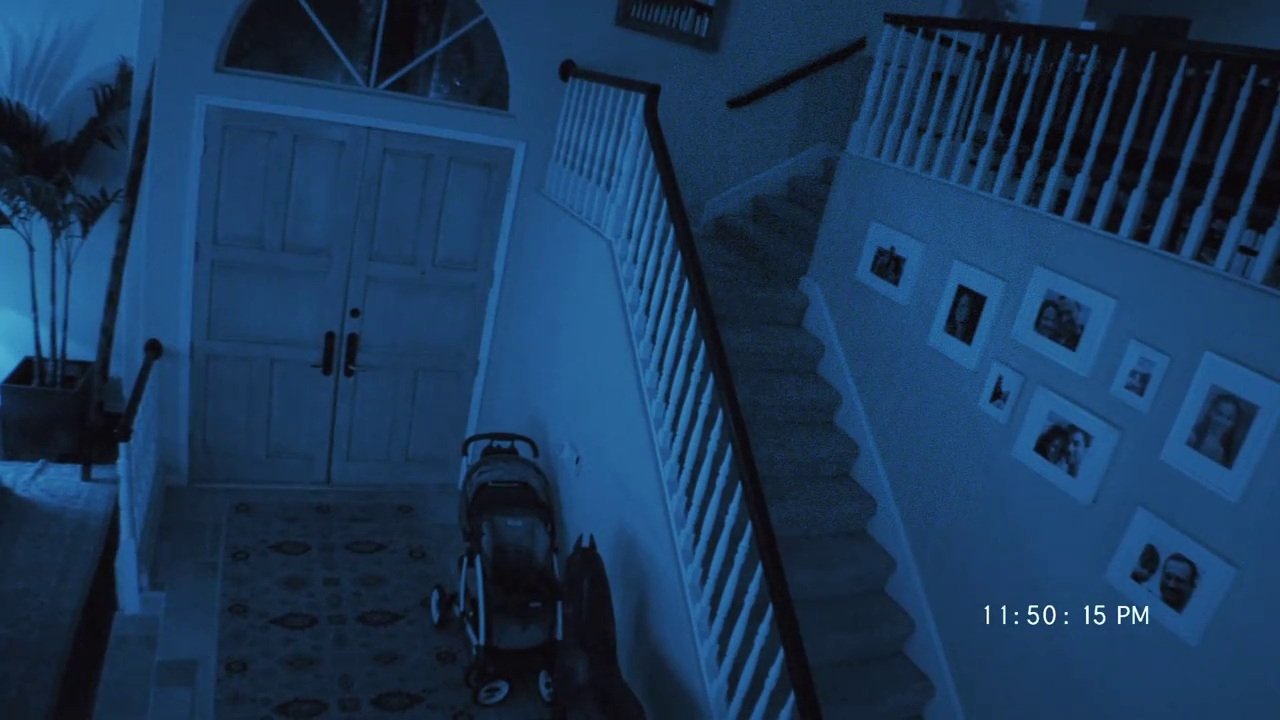 At this point it’s almost hard to remember that there was a time when Paranormal Activity felt fresh.

At this point it’s almost hard to remember that there was a time when Paranormal Activity felt fresh. Back in 2009 it was a little found footage ghost story made in the director’s house that proved to be a surprise box office bonanza after a carefully employed marketing campaign from Paramount. A sequel was quickly cranked out the following year that repeated the same tricks using the sister of the first film’s protagonist for a new low key ghostly adventure. It proved to be so successful that suddenly the franchise was the new Hollywood Halloween horror staple, killing off the Saw franchise. Then last year the directors of the popular documentary Catfish took over for a flashback 80s threequel following the two victims of the previous movies as kids suggesting the whole mess was the result of a coven. Unexpectedly, it was the best entry in the series and suggested the new directors actually had plans for the series to justify continuation. They signed up to return for part four and it briefly seemed like Paranormal Activity might be more than an annual cash grab. Well, that movie is now here and sadly it is easily the worst entry so far. The overall plot doesn’t advance, the scares are less effective, and the whole thing feels like the result of filmmakers going through the motions. It might be time to stick a fork in this franchise. Let’s face it, it was a minor miracle that even one good sequel came out of this thing and maybe everyone involved should count up their mountains of cash and go home.

The new film takes place in 2011 in yet another family home. This time it’s the kids rather than the parents who are freaked out by the possibility of supernatural shenanigans. Kathryn Newton stars as a teen girl who spends all of her time chatting with her boyfriend (Matt Shively) on some form of social media. A creepy little kid named Robbie moves in across the street and starts sneaking into her house late at night and telling her brother Wyatt about his invisible friend. Weird things start to happen, so Newton and Matt find a way to have all of the computers in the house record live video to capture everything happen (they never check the footage though, that scene is just there to explain why there are so many cameras shooting at all times). Furniture starts moving on its own, ghostly figures appear on camera, and it’s revealed that Robbie’s mother is none other than the possessed wife Katie (Katie Featherston) from the first movie. So, clearly bad things are afoot and she’s got plans. Don’t worry about those plans being explained though. Nope, that would be too satisfying for this big fat disappointment of a sequel.

Four films into the franchise, the rhythm of a Paranormal Activity movie is no longer surprising. Long drawn out silences and punctuated by loud bangs n’ jumps. Repeat, repeat, repeat. While that still elicits some nice shocks from a packed theater, this time the screams are far quieter and more forced. It just isn’t exciting anymore and while PA 3 incorporated some big moments to capitalize on the increased budget (like everything in a kitchen disappearing before suddenly crashing to the ground), this new entry feels very small again and shamelessly repeats gags from last time. The filmmakers always faced a challenge just to get audiences to jump at the same gags again and by not even bothering to try and top themselves, the movie comes off feeling very forced and uninteresting. Weirdly, the best material in the film comes early on in the humorouss interactions between Newton and Shively across webcams and cell phones. Co-directors Henry Joost and Ariel Schulman clearly find a lot of humor in social media/online interaction based on their film Catfish alone, so chances are it was that element of the movie that excited them this time. Admittedly, it feels natural and is filled with funny moments and observations. The trouble is that no one comes to a Paranormal Activity movie for the webcam comedy. Nope, you by a ticket for the scares and sadly those are in short supply.

Regardless, this movie can’t be described as anything other than a disappointment. Joost and Schulman do have a handful of creepy moments like the polkadot world visible when you look at a room with a Kinect through nightvision. Unfortunately the scary moments are few and far between, which is a bit of an issue for a horror movie, especially the major Halloween horror movie of the year. What’s most frustrating is that there was a chance here for the series to evolve and expand by actually exploring the coven introduced in the last film. Unfortunately it makes little more than a fleeting appearance in the final frames with even less impact and screentime than last time. Clearly the filmmakers don’t really know where to go with that material. Maybe some writers are working on cracking that nut and this new media edition to the franchise was spat out to give them more time to work at it.

Regardless, this movie can’t be described as anything other than a disappointment. The scares are toned down, the strain to justify the characters constantly filming getting worse, and the series’ narrative arc seems less compelling than ever. Sure, there are some funny moments early on and a couple decent jumps, but that’s just not enough. After Paranormal Activity 3, this film could have been a turning point in this franchise that transformed it into something new that would actually be worth further exploration. Instead, it might very well be the moment that the series jumped the shark and everyone involved ran out of ideas. Hopefully the producers will have the good sense to end the franchise here, but if this thing cleans up at the box office again that seems unlikely. Maybe we can hope that the new rule for the franchise is that all the odd numbered entries are good. However, I’ve got a feeling that the series is in a continual nose dive from here on out and the success of the last movie came as much by accident as it did by design. Sigh…ah well, at least that opens the door for a new horror series to take over the beloved candy n’ horror holiday. Let’s hope it comes soon.

After Paranormal Activity 3, this film could have been a turning point in this franchise that transformed it into something new that would actually be worth further exploration. 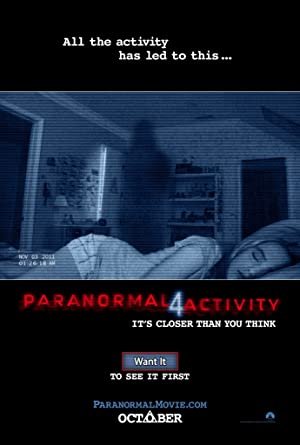