Great Addition to Any Video Library 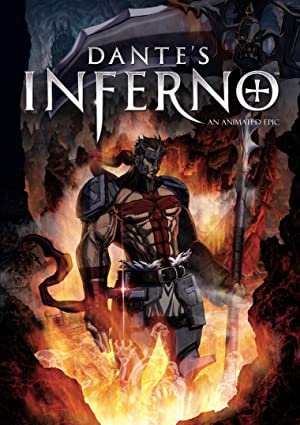 Dante’s Inferno, a collaboration between EA Games and Film Roman, provides a new twist on the classic poem about a wayward visitor and the multiple layers of Hell. Utilizing an anthology-style of filmmaking similar to Batman: Gotham Knight and The Animatrix, there is a unique visual style that lends the production a sense of continuity. Enlisting renowned animation studios such as Production GI (Kill Bill) and Manglobe (Ergo Proxy), the artwork behind Dante’s Inferno is both fluid and unifying.

Utilizing six directors, the descending levels of Hell each possess a distinctive landscape indicative to the nature of eternal torment. Granted, with so many creative forces at work, Dante’s Inferno can initially appear muddled and confusing, but a closer inspection will uncover many subtle and cohesive allusions to one another. Complete with lush, nightmarish glory, this is a film that is best viewed, and feared, with the enhanced Blu-ray disc. With some bone-chilling but beautiful visuals, the viewer is lead down the path of eternal peril, alongside our hero Dante, who struggles to reconcile the demons inherent to his personal sins.

Despite being a cartoon, the story is darkly complex, and a bit too intense for the tender eyes of children. But for adults, it proves to be an engaging story, I mean it is a classic for a reason, and it never fails to have you rooting for the hero. In particular, the voice-over artists do a superb job, and with unexpectedly subtle performances by the likes of Mark Hamill, the journey unfolds with passion and vigor.

Dante’s Inferno is a great addition to any video library, especially if you have a love of anime or anthology style films. The plotline and animation are true feasts for the eyes, and with such diverse pool from which to draw, the rich series of visuals continually spiral down, down, down, into the icy depths of gothic anime Hell.

Dante's Inferno is a great addition to any video library, especially if you have a love of anime or anthology style films.
REVIEW SCORE
7
File Under: