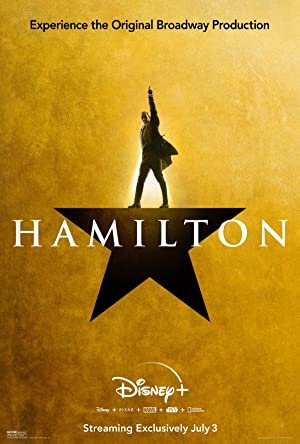 It can be really tough to get into a Broadway play. Socio-economic implications aside, popular performances are often relegated to raffles, barring a large number of people from actually seeing these walled-garden works of art. Disney+’s impeccably-edited Hamilton release might blow the doors off that notion.

To be perfectly clear, this is not a dramatization of Hamilton with elaborate sets. This is a literal live recording of the stage musical, stitched together from three performances in mid-2016. You’re getting the original cast (one of which even returned so it could be filmed in this “complete” fashion), all of which have gone on to become famous in their own right.

There’s a reason you’ve heard so much about Hamilton for the past five years or so: it’s an impactful play with a lot of heavy-hitting professional actors and singers…and Lin-Manuel Miranda as the titular Alexander Hamilton (jokes aside, he wrote it and has gone on to produce some great art, so more power to him). The soulful tint of R&B and hip-hop allow it to further stand out from its peers, as does the mix of historical fact and legend: dressed up with biting commentary and plenty of edge (sometimes, too much).

Hamilton is a busy play. Some of that could be lost in translation when seeing it live, but the film version, through the use of clever wide shots and a Steadicam, allows us to see all of it up close and at a distance when the situation calls for it. What makes this film edition really sing is the editing work, full stop. You can see the emotion on the actor’s faces so clearly: something you can’t really get unless you’re in the front row of the live show.

When removed from the excitement that the live cast exhumes throughout nearly every waking moment, Hamilton’s flaws are a bit more glaring. Musicals are known to be over-the-top, but Hamilton’s script is so on the nose sometimes that it breaks the fourth wall in an attempt to over-explain itself. Scene transitions are also occasionally abrupt: opting to dissect Hamilton’s life story with moments that it believes are pivotal, but are sometimes reaching to justify a sassy song.

Watching it with a step back and a bird’s eye view, Miranda’s inability to keep up with the rest of the cast is that much more noticeable. He’s serviceable to be sure, but his big numbers are far less impressive compared to classically-trained pipes of Leslie Odom Jr (Aaron Burr) or Christopher Jackson (George Washington): who arguably deliver with some of the purest beats of Hamilton. Given that the entire rest of the cast brings their A+ game, it’s that much easier to excuse.

Although the core Hamilton production has its blemishes, the act of releasing this incredibly well-edited work to the public through a very easy-to-access streaming channel is a watershed moment. More plays need to be in the public eye, full stop: I hope this is the start of something new, and this exact formula is followed to the letter.

Hamilton as a production may have flaws, but this adaptation is a great way to experience it, and I hope more plays follow suit.
REVIEW SCORE
9
File Under: Disney