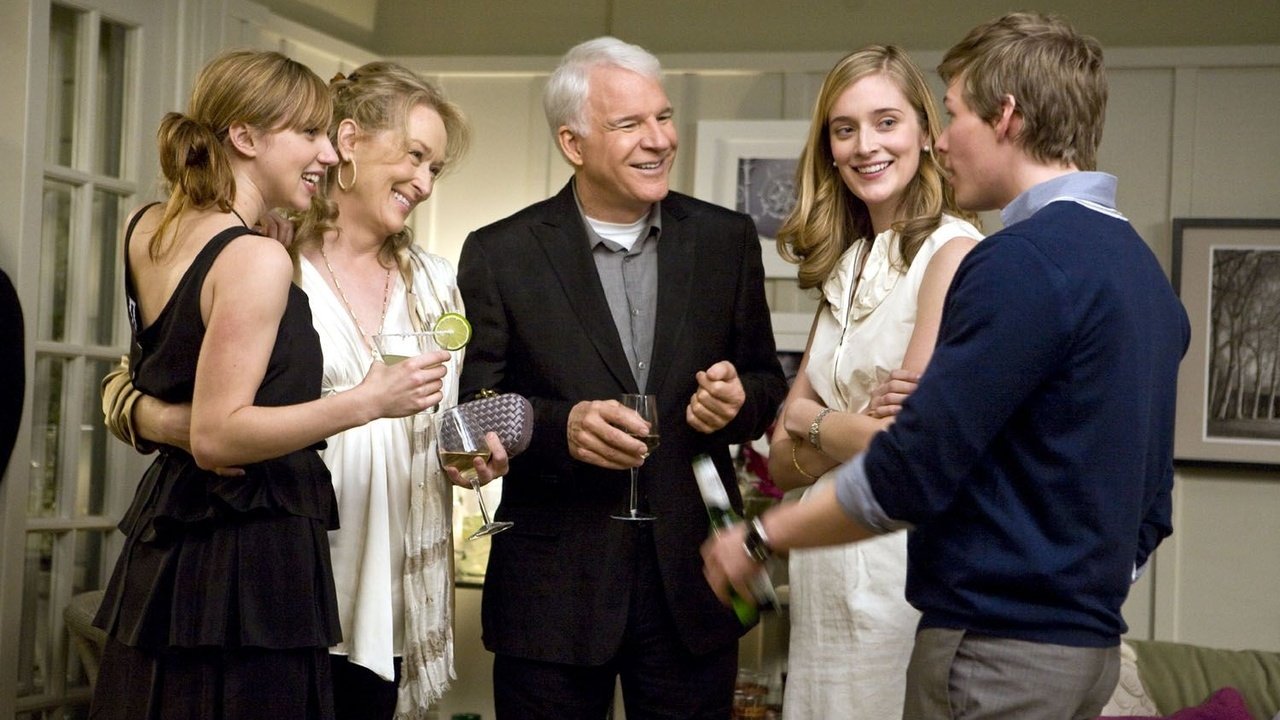 Like most romantic comedies, It’s Complicated is remarkably uncomplicated. Where it’s different though is that it deals with mature adults rather than immature young people, which is a niche that Nancy Meyer does really well at filling. Sadly, It’s Complicated is terribly predictable, but it’s so well acted that it almost doesn’t matter. The movie is fun, the actors are great and there are some rather interesting opportunities for farce, but it feels like script only really gets half the way there. Still, the movie is so winning in its way that you hardly mind, and it’s so well cast that you’re rooting for It’s Complicated to deliver, which unfortunately it doesn’t fully.

Meryl Steep plays Jane Adler, a successful businesswoman coping with her suddenly empty nest. Alec Baldwin is Jake Adler, Jane’s ex who cheated on her 10 years earlier, which resulted in their divorce. Jake has since remarried to the younger woman (Lake Bell) he cheated with and is dealing with visits to fertility clinic to fulfill her desire to get pregnant. Then, while both Jake and Jane are flying solo in New York for their son Luke’s college graduation, a night of drinking and dancing leads to, shall we say, renewed romantic interest. (If that’s too subtle, look at the movie poster again.) Due to the potency of this one, wild night, Jake and Jane decide to try having an affair and while Jake is really into it, Jane’s dealing with conflicting romantic feelings for her architect Adam, played by Steve Martin.

Meyers manages to keep things degenerating fully into Three’s Company territory although there were times that I wondered if Mr. Furley was about to walk in and take something the wrong way. It’s cool though, because Meyers makes it work for her, although I almost think that she didn’t take it far enough. Jake and Jane try sneaking around once, but an ill-timed health issue results in, ahem, cloitus interruptus. Unfortunately, there seems to be no real dedication to the affair, which may have been the point, but I think the story would have worked better if Jane had been more into taking Jake up on his extra-marital exuberance. So what ends up happening is that there’s always a sense of build up without any actual payoff, which is kind of disappointing in the end.

But as I said, the actors help make this a winner. Baldwin is as funny as ever with all the appropriate swagger and jocularity that a character like Jake requires, but he does so with equal parts charisma and pathos. Streep is naturally fabulous and it’s always nice to see her do something with her hair down and allow herself a little swagger for a change. Martin, meanwhile, needs to realize that he’s better playing people like Adam then he is playing broad caricatures like Inspector Clouseau in the Pink Panther movies or the dad in Cheaper By the Dozen. The Office’s John Krasinski also deserves a tip of the hat as Jake and Jane’s future son-in-law, who, much to his chagrin, finds himself the person trying to keep the affair from becoming open knowledge to the Adler kids.

In fact, the scenes where Krasinski’s Harley is working overtime to keep things from getting farcically out of hand are some of the best, so much so I actually wished there was more of that kind of comedy rather than time wasted on the relationship drama stuff. This goes further because if I had to choose my second favourite gag it was when Jane and Adam get high at the welcome home party for Luke. And if there’s anything weirder on film than grooving with Meryl Streep as she’s doing a stoner gag then I’m not sure I want to know about it. Still, these things left me extremely confused because it seems that at times Meyers wants to be James L. Brooks and others where she wants to be Kevin Smith.

But despite the stylistic complications, It’s Complicated is, at least, never dull.