Venus and Serena Williams are household names, but Richard Williams is someone that’s typically only known to sports fans. That’s likely going to change after King Richard.

As a showcase for the man that helped raise the famed tennis champions, the Williams sisters, King Richard follows their father, Richard Williams, played by Will Smith. King Richard gets moving very quickly, with a short intro that shows us how dedicated Williams is (to the very core of his soul), and then we’re off to the races with him training his kids for future greatness.

You get to see how Williams honed his craft as a tutor in a very truncated format, with an eccentricity that’s played with earnestness with Smith. While the action star is prone to get caught up in the moment at times and conduct electricity on set, he’s reserved here, as he has been in several of his underrated dramatic roles.

The real hook of King Richard is seeing what the titular character does next. You can tell why the creatives at work wanted to adapt this story: it’s compelling, not to mention how great it is to watch two champions rise to power. Richard Williams is indomitable, and it’s fun to see that narrative play out, and witness how he tries to get every possible edge when it comes to lifting up his girls. Venus (Saniyya Sidney) and Serena (Demi Singleton) are captivating too, and seeing them roll with the punches is just plain fun to watch.

“King Richard might move quickly from a pacing perspective, but it isn’t afraid to linger on some family moments that give it a bit of authenticity.”

There are a few rare moments that feel forced or cliché, or even rushed, despite the lengthy two and a half hour runtime it has to work with. But thankfully, King Richard doesn’t linger on these moments. They’re just one part of the gigantic tapestry that is Williams’ life, as he moves from obstacle to obstacle: a process we get to ride along with on screen. We’re hardly taken out of the moment to the point where we don’t care.

In what is one of the more compelling meta-narratives of King Richard, the Williams family was involved in the production of the film; but it doesn’t feel quite as sanitized as other biopics, which is its secret sauce. One important element (beyond how terse Williams can be at times) is the involvement of Oracene Price (played wonderfully by Aunjanue Ellis): the mother of the Williams sisters, and co-coach with Williams. The movie works because it’s a family affair, despite the clear focus on the top-billed Will Smith.

King Richard might move quickly from a pacing perspective, but it isn’t afraid to linger on some family moments that give it a bit of authenticity. That’s important, because films can quickly dial up the melodrama: but in the case of the Williams family, it feels like we’re actually getting an account of their life. Everyone who plays a family member is up to the task, to the point where it doesn’t feel like a typical rote “sports biopic,” but something that’s a cut above.

I’m not sure how much award buzz the movie as a whole is going to get, but I hope Will Smith gets some credit somewhere. He’s put work in for decades, and this might be his time, amid a slate of delayed and muted dramas in the current climate.

King Richard is bolstered by an earnest performance from Will Smith, alongside of a cast that’s willing to rise to the occasion. 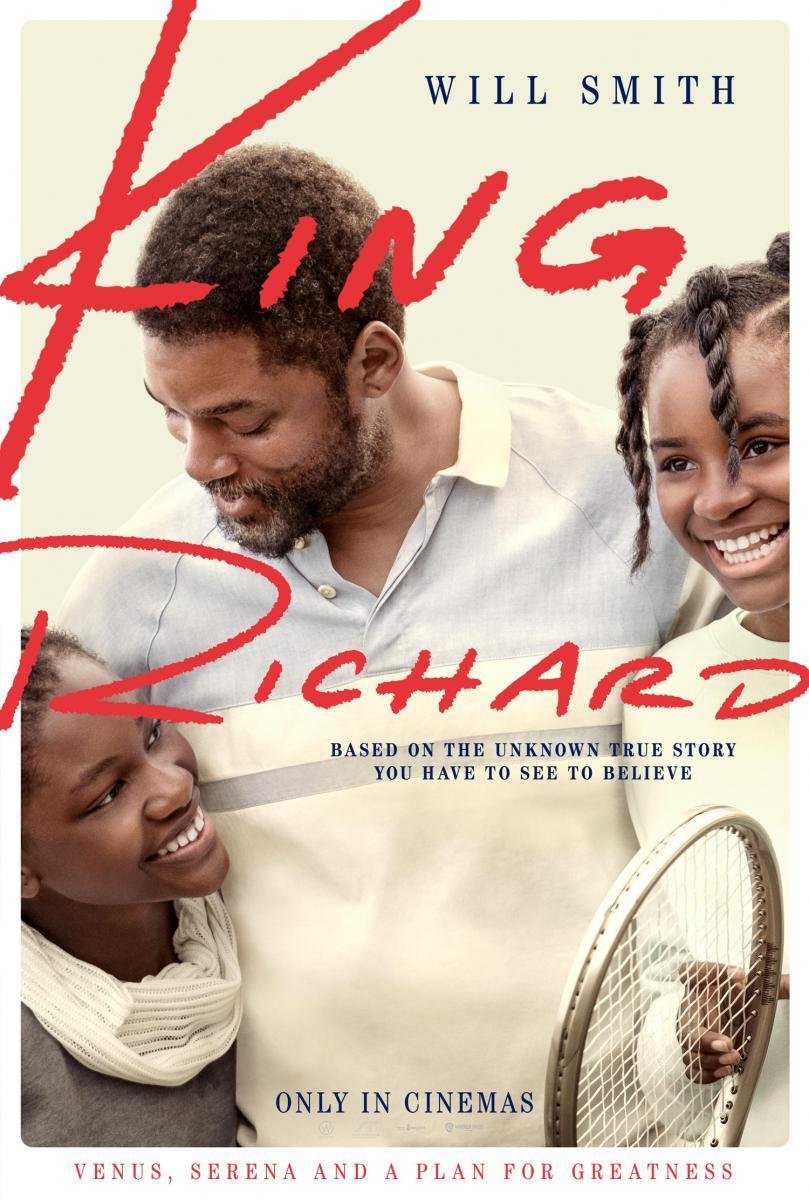