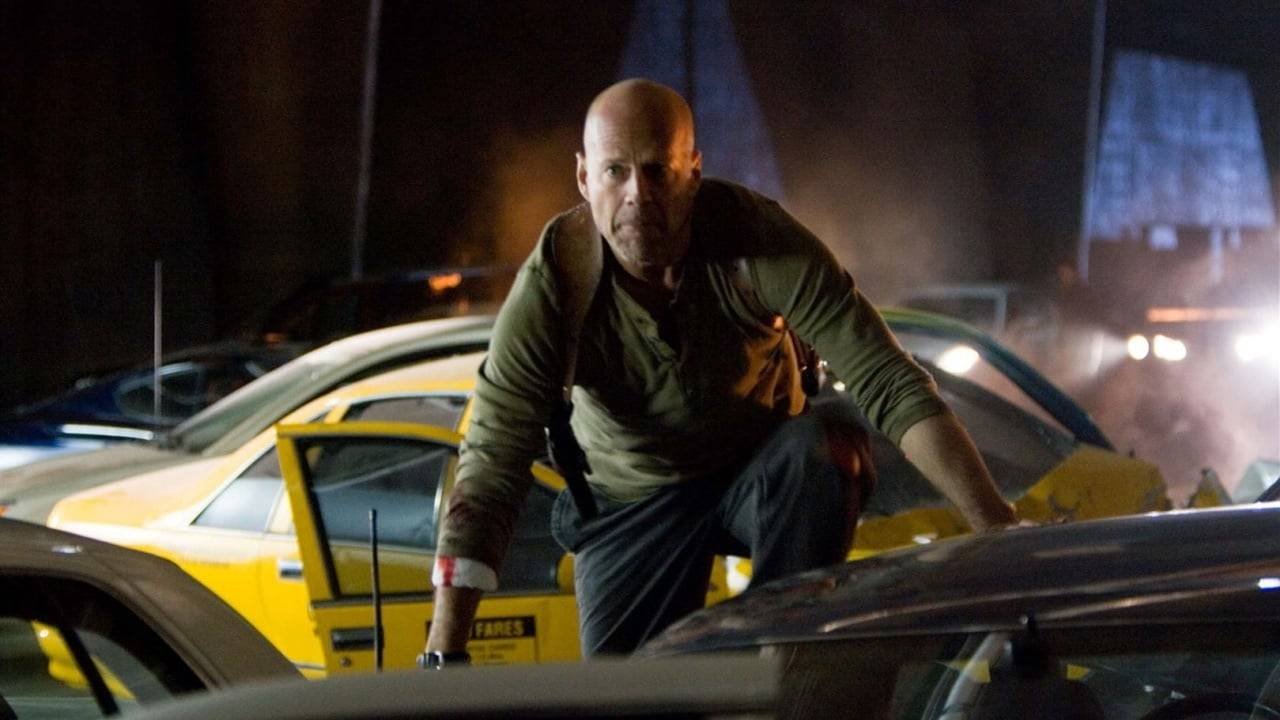 Anytime that they make another sequel to a film series several years after the last instalment, a couple things come to mind: greed and desperation. Why else would you go back to the well after a decade and change other then to cash a quick cheque or to recapture past glory. At least that was the conventional wisdom until Sylvester Stallone repurposed Rocky last December after 16 years. And with another ride by the man in the hat, Indiana Jones himself, coming up next May then why can’t John McClane be once again called to action.

In Live Free or Die Hard, McClane (Bruce Willis) is order to escort a wanted hacker (Justin Long) to FBI authorities in Washington DC for suspicion of breaking into a federal database. What is actually going on though is a “fire sale”, a doomsday scenario in which all computer systems in the country crash in succession.

The perpetrator is Thomas Gabriel (Timothy Olyphant), a former Department of Defence employee who was fired after warning the government that America was susceptible to such a scenario. Naturally Gabriel’s motives aren’t entirely altruistic as he plans on stealing billions from the government’s central bank account, if only McClane would stop getting in the way. But Gabriel has an ace in the hole though, a hostage who just so happens to be McClane’s daughter Lucy (Mary Elizabeth Winstead).

Don’t be fooled, this is Die Hard, even despite the studio mandated PG-13. But the action comes fast and furious, so you hardly notice that the kills aren’t as graphic as they should be or that McClane isn’t as terse as he should be. The real revelation here is Len Wiseman, who has shown some degree of style with the Underworld films, but never has he been able to get all the ingredients to gel quite like he has in Live Free.

One point in Wiseman’s favour is that he clearly understands the mechanics of a Die Hard film as McClane must overcome a series of escalating physical challenges that would have killed a normal man in real life. Wiseman uses some kinetic camera work to capture all the action, but it never feels like the lens is mounted on a Mexican jumping bean, competing with Paul Greengrass for the shakiest shaky cam, or with Michael Bay for the number of cuts per minute.

But while the director does the heavy lifting of pulling off the mechanics of the picture, Bruce Willis easily slips back into the part that made him a superstar. Maybe it’s because he played McClane so early in his career when he was still a fresh actor the character made an indelible and permanent impression, but McClane’s Why Me? Why Not? style of policing still works. And while the action itself sometimes strains belief, Willis keeps the show grounded by giving the audience scepticism voice.

Willis gets a good sidekick in Justin “Hi I’m a Mac” Long, who gets to overreact to all the insanity and trade smart alecy one-liners with McClane. The producers always do well in teaming Willis with a friendly antagonist, like in Die Hard with a Vengeance with Samuel L. Jackson. Mary Elizabeth Winstead is fun as McClane’s daughter, but we really don’t get enough of her, especially when she’s given a walkie-talkie by the bad guys so that she might plead for her life, only to tell her father that there are five terrorists left.

Speaking of which, I don’t think that Olyphant was quite right for the part of a cold-blooded super-villain and was too bust thinking back on all the times he’s played a small-time hood in The Girl Next Door and Go. He certainly doesn’t rank with past Die Hard villains like Alan Rickman and Jeremy Irons; he isn’t even William Sadler in Die Harder. It would have been far more interesting to have made Maggie Q the main terrorist as opposed to the hench-girlfriend, she can drum up more menace in her little figure then she Olyphant can in his whole body. Also, a guest appearance by Cyril Raffaelli from District 13 was an especially nice touch.

Still though, this chapter of Die Hard was surprisingly satisfying and was a sure fire rush of adrenaline from beginning to end. It’s also one of the few sequels this summer where you will leave very satisfied and not be filled with reservations and popcorn. As the commercial so proudly boasts, “The best is back,” and we didn’t even know that he was gone in the first place.

Still though, Live Free or Die Hard was surprisingly satisfying and was a sure fire rush of adrenaline from beginning to end. It’s also one of the few sequels this summer where you will leave very satisfied and not be filled with reservations and popcorn. 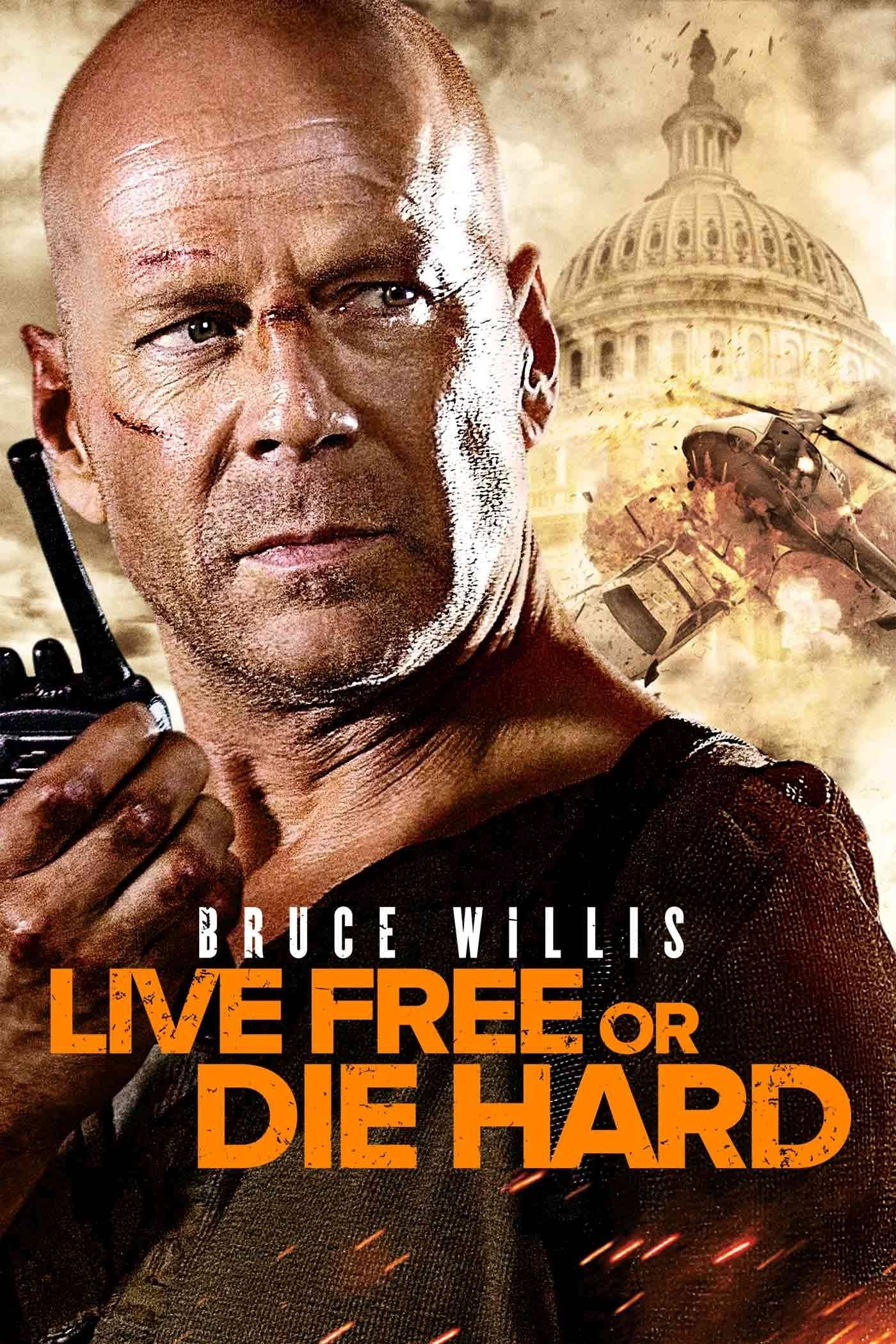