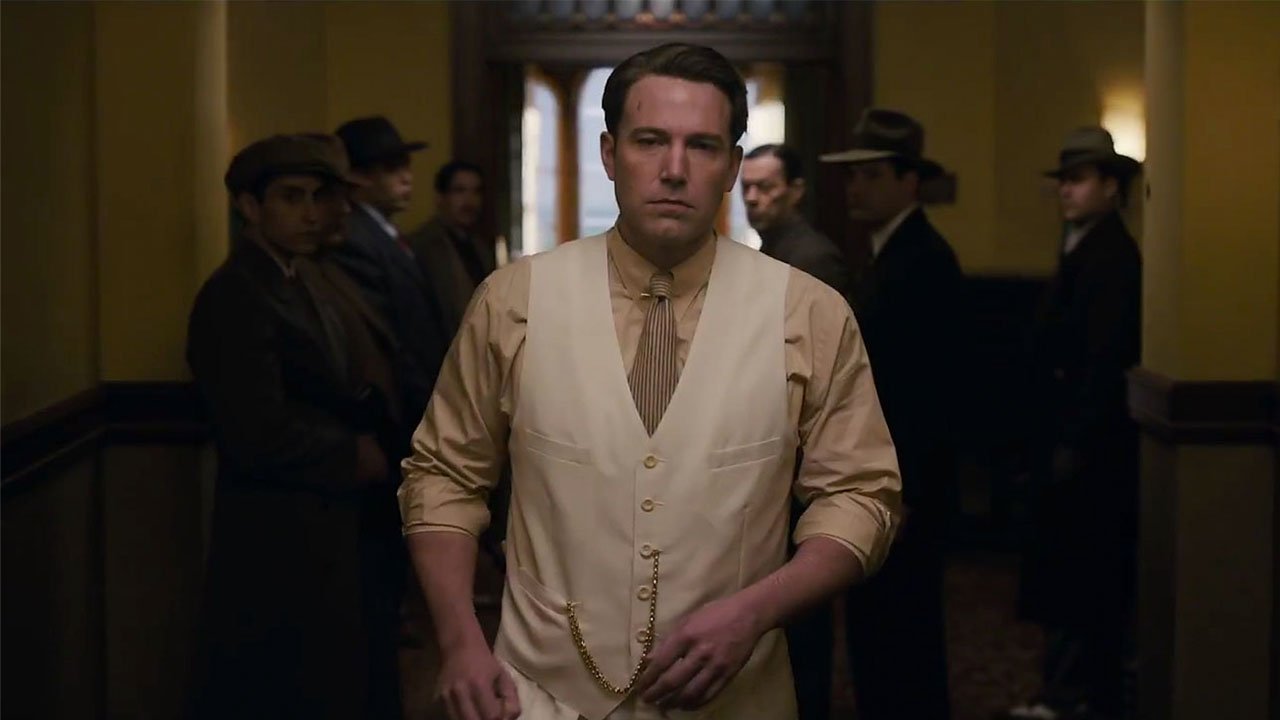 It’s been weird watching Ben Affleck become a director. It shouldn’t have been too surprising, I suppose. After all, the guy did win an Oscar for writing Good Will Hunting nearly 20 years ago. Clearly he has had aspirations of working behind the camera all along, and through a pair of crime movies (Gone Baby Gone and The Town) he proved that he knew what he was doing. Then he won an Oscar for Argo (yeah, whatever). Now we also know that he will be the next filmmaker to direct a Batman flick with himself in the lead role. That’s not a hugely exciting proposition and feels even more worrying after his latest (and weakest) directorial outing to date, Live By Night, A period gangster epic made for Warner Brothers, there are ways in which the flick feels like an audition piece for his Batman picture—and it isn’t exactly the most satisfying one.

The film is based on a novel, which should be clear by the time you’re done the movie whether you knew that going in or not—it’s an episodic tale that never ends. There’s very little sense of structure. Chapters pile up and are barely delved into before the next section of Live by Night’s story begins. It all plays out rather wonky and in an unsatisfying manner, but at least it looks pretty! Affleck stars as a career criminal who is secretly a good guy with a strong moral code. He got that from his father (Brendan Gleeson), an honest copper in Prohibition Boston who didn’t take too kindly to his son getting involved in hoodlum stuff. The first half hour of the movie suggests it’s about Affleck’s awkward relationship with his father and the even more awkward relationship between the woman he loves (Sienna Miller) and her Irish mob boss boyfriend (Robert Glenister). Then, just as that’s getting interesting it wraps up and Affleck winds up in prison.

When he gets out, Affleck is determined to get revenge, partnering up with Glenister’s old enemy and heading down to Tampa Bay to start a rum-running operation. Affleck buddies up with the local police captain (Chris Cooper), who admires his honesty, and also falls in love with Zoe Saldana, whose Cuban family is an important connection. He builds an empire and then begins warring with the local chapter of the KKK. Believe it or not, Live by Night’s story is still just getting started at that point. There’s still a troubling chapter involving Cooper’s daughter (Elle Fanning) who gets hooked on heroin and then turns into a preacher. Then the plot from the first third of the movie still has to be wrapped up. There are messages to impart and themes about family, honour, betrayal, love, sacrifice, and morality to explore. It’s endless, tedious, and sadly unsatisfying.

Affleck is clearly going full Godfather with this picture. He’s aiming for a grand, sweeping gangster epic about life, family, and America. The trouble is that the two-hour running time barely contains his ambitions. The stop n’ start nature of the narrative makes it hard to get too invested in any particular plot thread. The film is quite well cast (well, except for the lead,Affleck bit off more than he could chew in his attempt to prove his ability to be a triple threat here), but none of the talented actors get enough screen time to dig into their characters. Worst off all, it builds to a syrupy feel-good finale that is absolutely nauseating. As a piece of storytelling, Live By Night is filled with problems. However, on a technical level Affleck nails it. The guy might not have a particular voice or style as a director, but he knows how to mount a glossy production. The action scenes are grand and violent. The cinematography is a collection of deliberately underlit beauty shots. The sets are massive; the costumes are gorgeous (if a little too clean and polished to be credible at times). It has all of the stylistic earmarks of a grand ol’ gangster epic. The trouble is that the storytelling is almost always sloppy and flawed.

All of which brings us back to Affleck’s upcoming Batman, which is hard not to think about during this crime epic littered with symbolism and metaphor (which, let’s face it, kind of describes most of the great Batman stories). Clearly Affleck has grown enough as a director to be able to mount a massive Batman blockbuster. Live By Night proves that. The trouble is that there has been so many Batman stories told in every conceivable form of media that merely getting the look and feel right on the big screen isn’t enough anymore (see Batman V. Superman,or better yet, don’t). What will make a Batman movie memorable now isn’t merely pretty production design or sweeping action. Even the crappy Joel Schumacher movies provided that. If you want to make people go batty for Batman these days, you’ve got to nail all that and find a story about the caped crusader worth telling. Christopher Nolan infamously struggled to do that in his final Bat-flick and if Live By Night is any indication, Affleck might not be the man for the job. If he can make a gangster epic this dull and unsatisfying, our beloved Batman might be in trouble once Batfleck starts putting his fingerprints over every aspect of the production. Sigh.

If he can make a gangster epic this dull and unsatisfying, our beloved Batman might be in trouble once Batfleck starts putting his fingerprints over every aspect of the production. 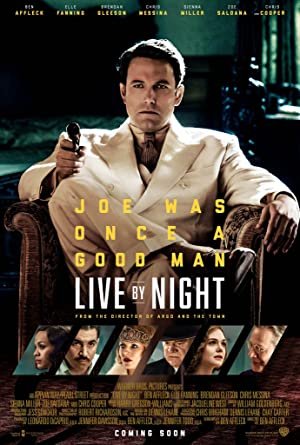