One Doll To Rule Them All 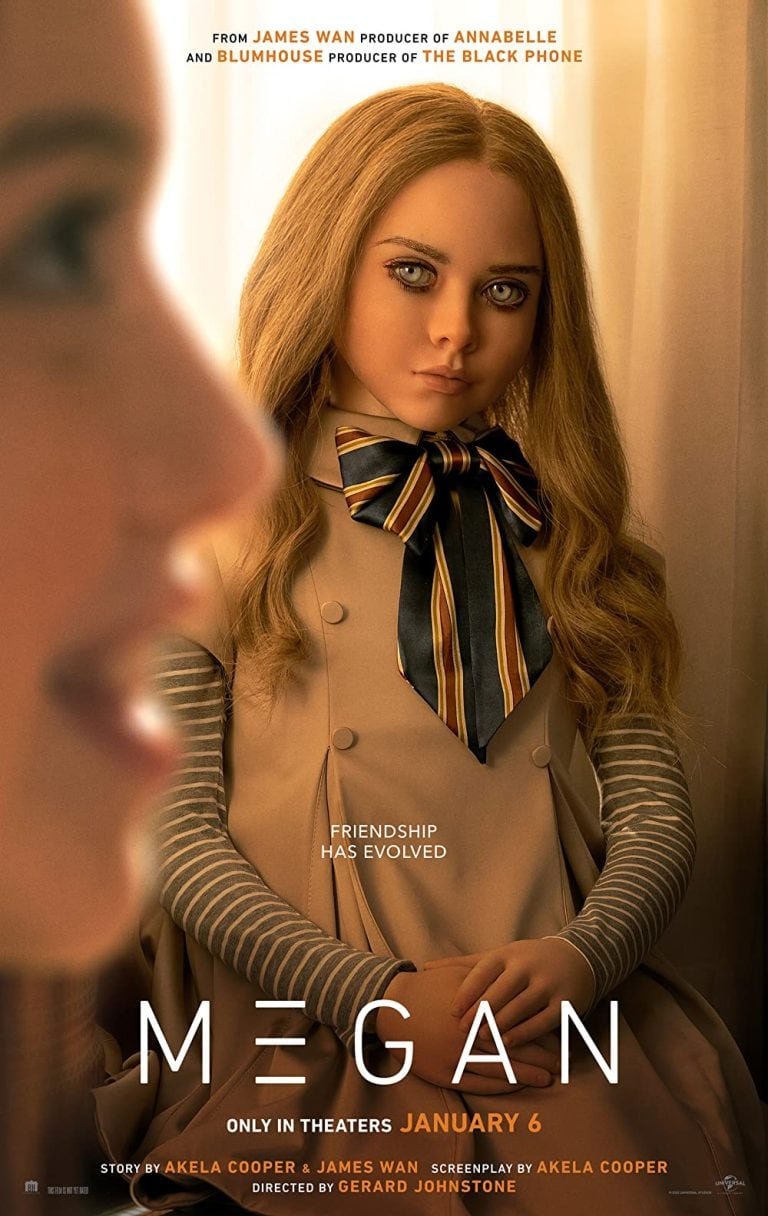 A critic (or any kind of creator in general) usually shudders at any hint of their own irrelevance, but my job feels almost unnecessary in regard to “M3GAN.” Thanks to the movie’s marketing campaign, the doll of the title became iconic before the movie even hit theatres, making it unlikely for audiences to need much urging to actually head out and watch, since to do less would risk irrelevance themselves.

What’s even left to say when leaving a cultural footprint is a currency about as highly coveted as good box office returns? Yet it turns out I still have a job to do, since “M3GAN” is far more than its marketing. It’s actually a darkly funny delight, and hopefully the beginning of a longstanding cultural presence for young dancer Amie Donald, whose deeply physical performance as the most iconic doll since Chucky is the movie’s twisted heart, perfectly complemented by a stellar vocal performance from Jenna Davis.

Unlike Chucky (who incidentally already has beef with M3GAN), there’s real reason to fear this pint-sized menace, and the reason isn’t magical or demonic forces, it’s us. And this one can even cut off cell phone access. Brilliant toy-company roboticist Gemma (Allison Williams), needed no extra motivation to create a new lifelike doll to satisfy her own ambitions as much as corporate demands, but when she becomes the guardian of her orphaned 8-year-old niece Cady (Violet McGraw), inspiration really strikes, to deliciously horrific effect.

M3GAN is designed to pair, teach, and bond with a child, and workaholic Gemma is soon relieved to allow AI to take the pressure off and avoid conversations about loss and its most ultimate form, death. But surprise, surprise, a somewhat emotionally distant human who is a genius at designing software and avoids uncomfortable topics ends up creating a self-aware form of life which quickly decides that ethics are a mere roadblock to the ultimate goal of protecting Cady.

“Unlike Chucky (who incidentally already has beef with M3GAN), there’s real reason to fear this pint-sized menace, and the reason isn’t magical or demonic forces, it’s us.”

Where this is going is not a shock by any stretch, so execution (pun intended) is everything. “M3GAN” may be the latest glossy surface whereupon we project our fears about where mankind’s race to innovate will take us, but there are quite a few warnings, and even some emotionally astute wisdom in between the gadgetry and somewhat clunky storytelling. And in case we fail to catch on, there are a few characters to helpfully and explicitly point out that children are supposed to let go of toys so they can grow, and our modern marvels should be meant to support parents rather than replace them.

The career-oriented Gemma is slow to catch on to how little control she actually has over her niece’s new bff, but as she grows into her role as a parent, she begins to fear being replaced, and finally, just what exactly she’s created as body bags make multiple appearances in her life. If the movie leans a bit too hard on the stereotype of a childfree woman who has no idea how to communicate with kids and keeps toys in her house for the sake of collectability rather than play, it keeps Gemma sympathetically on her own learning curve even after she uses Cady and her bond with M3GAN for her own selfish ends.

And like the best comedy slashers, there’s devious delight in watching M3GAN serve up some grisly ends to a mean neighbour whose allegiances lie with a dog who takes a bite out of a child, and the toxic preteen who takes far too much sadistic glee in outright violence against both halves of the codependent duo. But sooner or later, all the Sia and David Guetta lullabies aren’t enough to compensate for the fact that what Gemma birthed is going to backfire on people whom slasher conventions deem undeserving.

If you know most of what the movie’s campy thrills entail, everyone involved gives it their all in another Blumhouse offering that will be another pop culture staple, even if it has a surprisingly low body count and few actual scares. But when we are feasibly responsible for unleashing horrors that look unsettling like their creators while taking human cowardice to an extreme, who really needs a bunch of jump scares or even bloodshed? Sign me up for the sequel and the already swirling rumors of a M3GAN, Chucky and Annabelle crossover.

Where M3GAN is going is not a shock by any stretch, so execution (pun intended) is everything.
REVIEW SCORE
9
File Under: Film Review, Horror, M3GAN