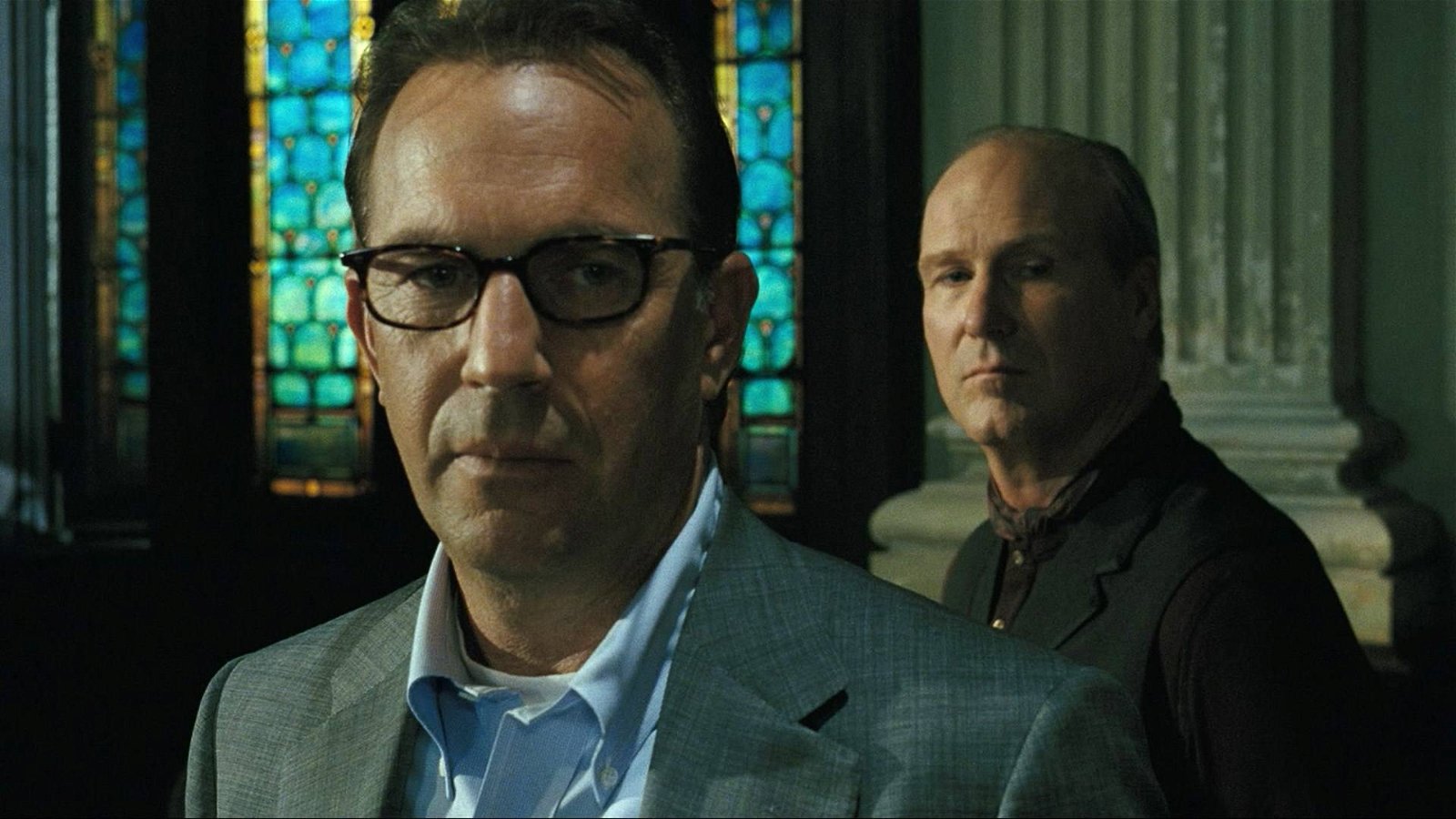 Perhaps somewhere on the movie poster for the new serial killer thriller Mr. Brooks, maybe underneath the shot of a stoic Kevin Costner standing silently, should have been the words, “No more Mr. Nice Guy.” Can you honestly remember a time when this man played anything resembling a bastard, or even a guy with a character flaw beyond workaholism? Truth be told, even as a prolific serial killer, Costner is still a nice guy , but at least he’s stretching, which is more then I can say for his last film The Guardian, which was pretty much the Bodyguard in the Coast Guard.

The titular Mr. Brooks (Costner) is a box factory owner by day and a struggling serial killer by night. Yes he struggles, he suffers from a compulsion to kill, it’s an addiction he has and it’s as potent as any type of addiction could be. Brooks hasn’t killed anyone in two years, but after winning the Chamber of Commerce Man of the Year Award he listens to his imaginary alter ego Marshall (William Hurt) and murders a couple he’s been stalking. The murder is performed with the Thumbprint Killer’s usual precision, Brooks known to cops as the Thumbprint Killer for his penchant for leaving the bloody thumbprint of his victims at the scene. This time though, Brooks is caught on camera by the couple’s nosy neighbour (Dane Cook), who calls himself Mr. Smith and he approaches Brooks with a proposition: he won’t go to the cops if Brooks takes him on the next kill.

There’s a lot about Mr. Brooks that I enjoyed, despite some of its goofball, kind of movie of the week contrivances. Costner turns the qualities that made him such a successful leading man on their head; the Brooks character shifts between a dotting, sort of father knows best that enjoys pottery to a man that intellectualizes his murders , while trying to refuse the enjoyment he gets out of them. Costner is great when teamed with Hurt as the Devil on his shoulder, egging him on through the various killings, but also allowing Brooks a sounding board to bounce ideas off of. You can tell Hurt is really into playing Marshall, baiting Costner and getting the audience to question who is the true villain, despite the fact that Marshall is just a figment of Brooks’ imagination.

On the other hand there’s a whole subplot about how the cop who’s investigating the Thumbprint Killer, a Detective named Atwood played by Demi Moore, is going through a rough divorce to a complete slime ball. What exactly this subplot adds to the main story, I don’t know. Another subplot has Brooks concerned that his daughter has inherited his homicidal tendencies though not his meticulous planning and execution. This whole little sidebar could have as easily fallen as flat as the cop’s divorce but the notion of cute, little Danielle Panabaker taking forty whacks with a wet noodle is too creepy to be ignored. Dane Cook is a draw as Mr. Smith, though I will say that he was far better then I expected, he really reigned in that whatever it is he does in order to play the part.

Well-paced and well shot, while being just original enough to make you wonder where it’s all going, I found Mr. Brooks most satisfying indeed. Apparently, this may be part one in a possible trilogy of Mr. Brooks movies. Well if this is true then I say bring it on because I’ll take evil Costner over Postman Costner any day of the week.

Well-paced and well shot, while being just original enough to make you wonder where it's all going, I found Mr. Brooks most satisfying indeed. 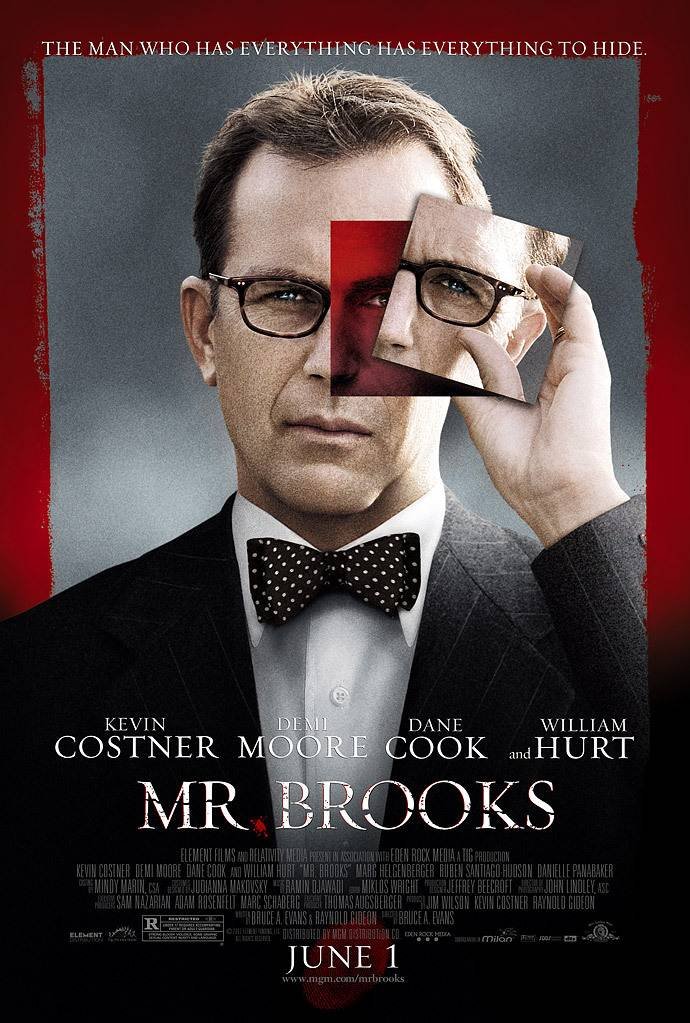