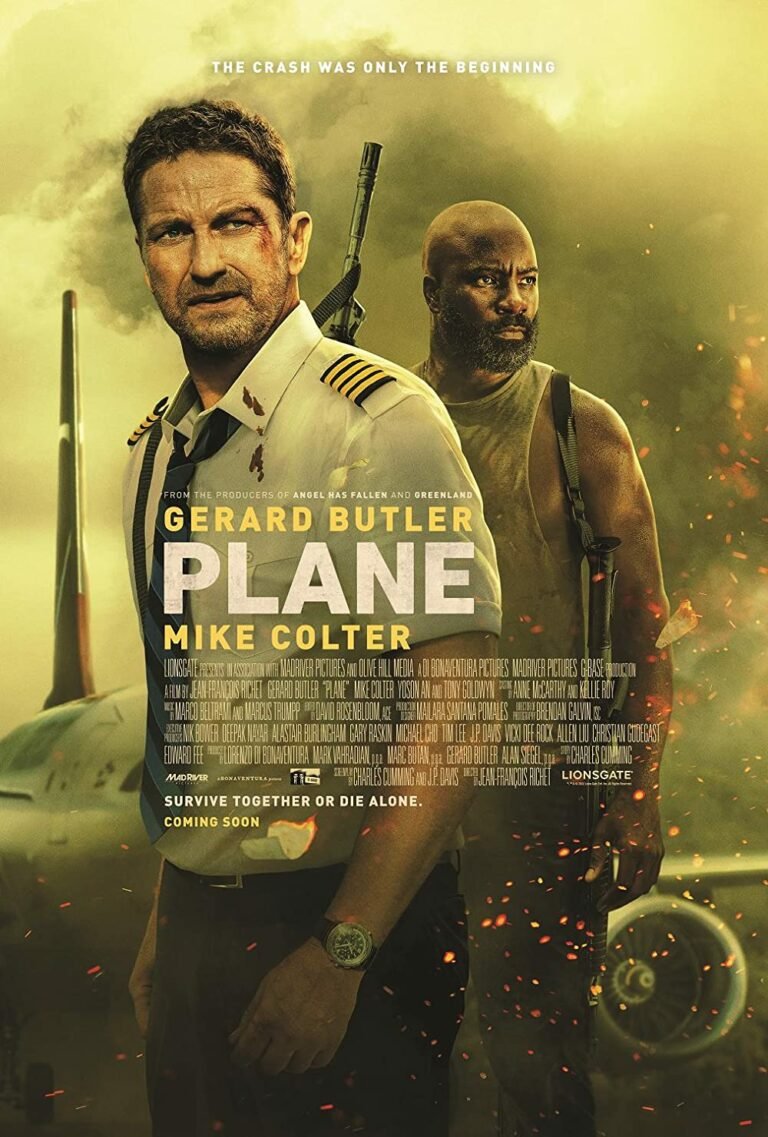 Gerard Butler has dedicated himself to being the modern-day version of the 90s action star for the last decade. Between Den of Thieves (a film I lovingly describe as “Scumbag Heat”) and the almost-comically brutal Has Fallen series, Butler’s turned his career into a reliable string of mid-budget B-movies. That string, thankfully, continues with Plane.

In Plane, Butler plays airline pilot Brodie Torrence. Brodie is preparing for his next flight moving from Singapore to Tokyo, on New Year’s Eve. To save costs on fuel, an executive orders Brodie to fly the sparsely populated plane through an incoming storm instead of around it. Sure enough, a lightning strike fries the plane’s electronics, forcing Brodie to make a crash landing. The good news is that he manages to land the plane on an island safely.

The bad news is that the island is in the Jolo cluster in the Philippines, and the one they landed on is populated by a violent militia whom even the Filipino government is afraid to touch. In order to save his passengers, Brodie is forced to rely on an unlikely ally: Louis Gaspare (Mike Colter), a convict and former soldier who was added to the flight as part of an extradition.

Just like its hilariously blunt title, the beauty of Plane lies in its simplicity. There aren’t any major plot elements you don’t see coming. In fact, there’s very little fat to the movie at all. Once we get to know the crew and the dozen passengers and their various personalities (ranging from vacationing teenage best friends to the standard “constantly irritated snob”), the movie gets going and never takes a breath, for better or worse.

There are a few hints at backstories for Brodie and Louis, but the movie isn’t particularly interested in it for too long. The movie briefly wants to take aim at capitalism, but again, not for too long. The militia leader is another vaguely problematic ethnic villain. All of these feel like things that could make this movie feel like another forgettable January release. However, Plane manages to shine by just being an all-around fun time throughout its 107-minute run.

Director Jean-Francois Richet directs some very intense sequences. The initial plane crash brings out every anxiety one can feel about flying. There are some brutal action setpieces throughout the later half, between a single-take hand-to-hand brawl with Butler and a militia henchman, as well as a surprisingly visceral shootout in the final act. There’s also a kill that’s so over-the-top, if it were in a midnight screening with the right crowd, it would make everyone hoot and holler like a maniac. Performance-wise, Gerard Butler brings his trademark charm and charisma in a role that has him in the everyman role for the first time in a while.

Instead, the super-badass role falls to Mike Colter, who brings a great blend of quiet charisma and physicality. While all that action is going on, Plane’s other biggest highlight is Tony Goldwyn as Scarsdale, a crisis management specialist hired by the airline execs to help locate the missing plane. What would normally be standard scenes of men in suits made to break up the action are immediately elevated by Goldwyn, who feels like the main character of another movie who crashed into it because he’s the only one in the room who could get the job done.

Plane is a movie that knows exactly what it is and sticks to that formula to a T. It’s just a solid throwback action thriller that feels like a relic from a bygone era, for all its flaws. I might not remember this by the end of the year, but this is another solid entry into the pantheon of “Worth Rewatching Again on TV” action flicks.

Plane isn’t a game-changer in any way but it’s another brutal and reliably entertaining ride from Gerard Butler.
REVIEW SCORE
7
File Under: Action, Plane, Thriller