I’m a big fan of Resident Evil, both the games and movies (and the books, if you want to include them). Having played all the core games, up to and including Resident Evil Village, and having seen all the movies (Resident Evil: Apocalypse is my favourite), I like to think of myself as well versed in the RE universe. I was very excited to see a more faithful adaptation of the games into a movie, so I jumped at the chance to review Resident Evil: Welcome to Raccoon City.

The film opens ominously enough, with two young children asleep in bed at the Raccoon City orphanage. The young girl is awoken by a figure that is all too familiar to fans of the RE:Remake. The young boy then wakes up and tells her to go back to sleep, that she had dreamed the whole thing. She lays back down but quickly gets back up and follows the figure out of the room. She eventually finds the figure and is then found by Dr. Birkin (played by Neal McDonough). We then find out that the kids are none other than the Redfield siblings, Chris and Claire (Robbie Amell and Kaya Scodelario, respectively).

These two events are a quick derivation from the history of the characters from the games. It was a little off-putting at first, but I quickly let it go and decided that this was not going to be strictly following the games. I completely understand that, unless you’re Martin Scorsese in Shutter Island, a word-for-word retelling isn’t necessarily what’s best for the film.

A few minutes later and we’re introduced to most of the rest of the cast: Leon (Avan Jogia), Jill (Hannah John-Kamen), and Wesker (Tom Hopper) in a diner. Leon is just arriving in town and is asleep on his stool at the counter, and the others are at their own table talking and joking. Here we really see the difference between the characters in-game and in the film. The interactions between Jill and Wesker are strange, coming from my experience with them in the Resident Evil games. They are too…friendly. We’re clearly going in a different direction, and I had to remind myself that we’re here for it.

“The interactions between Jill and Wesker are strange, coming from my experience with them in the Resident Evil games. They are too…friendly.”

Claire’s arrival in town is far more eventful than Leon’s, seeing her hitch-hiking her way to Raccoon City with the driver of the tanker truck that she almost gets run over by in Resident Evil 2. They hit a zombie outside of town who then mysteriously vanishes into the woods. They are both shaken and after some talking, they continue on their way, dropping her off near her brother’s home in town.

From here, the plot moves forward about as well as it can. Set in the late stages of summer in 1998, Raccoon City has been largely deserted as the Umbrella Corporation is moving their facilities out of town, leaving some police and those who can’t afford to move away. A truck crash and a few zombies later, the name of the game is survival and escape from Raccoon City.

The locations in this film are very familiar. A few of them looked almost identical to the games, and I was very happy to see that. The familiar R.P.D. station, with the glowing sign out front, had me fanboying on the inside, and the interior of the Spencer estate looked amazing.

“A truck crash and a few zombies later, the name of the game is survival and escape from Raccoon City.”

What I liked most about this movie was that very little is explained. The viewer doesn’t get a lot of information outright because the characters don’t know anything either. They’re simply trying to survive, and explanations can come later.

Easter eggs abound in the film as well. I recall seeing an ad for First Aid Spray in the opening sequence and laughing out loud. I won’t give them all away, but some of them are really clever. Any references to the Resident Evil games instantly brought a smile to my face.

Resident Evil: Welcome to Raccoon City is a major step away from the other films. This adaptation is far more atmospheric. It relies on the dark of night and general emptiness of the town to set the tone. The character’s confusion adds even more mystery and dark undertones to the film.

“Resident Evil: Welcome to Raccoon City is a major step away from the other films. This adaptation is far more atmospheric.”

The writing was good, on the whole. There were a few moments when I thought to myself, “yeesh, that’s not a great line”, but the script was serviceable. My biggest gripe with the script comes from Wesker. After seeing the way his character developed in the games, and remembering how he got started in Raccoon City, I was left wanting something more. This isn’t an issue with acting, or even Hopper himself, the script opted to go a different direction than the Resident Evil games, and it did the character a disservice, in my opinion.

Fans of the Resident Evil series, especially Resident Evil and Resident Evil 2, may find themselves disappointed by some of the creative changes that have been made to this film. Some characters and backstories have been changed to serve the films purposes, though it remains to be seen whether this helps or hinders the series in the long term.

The hour and 47-minute runtime was a bit of a problem in terms of exploring all that we could. It left me feeling like things were a little rushed in the final third. However, what Resident Evil: Welcome to Raccoon City lacks in runtime, it was always going to make up for in gore. Blood and gore abound, and that’s perfectly fine with me. The film certainly earns its “R” rating in that regard.

Resident Evil: Welcome to Raccoon City is a film I really wanted to love. While I enjoyed the atmosphere, the character direction (mostly), and the progression of the story, I do feel there is room for improvement. Hopefully, a subsequent sequel will build on the foundation set up here and take in new and darker directions.

There is a lot of potential to develop a series of films here. There was a lot of trimming to be done to fit two full games in to one movie. 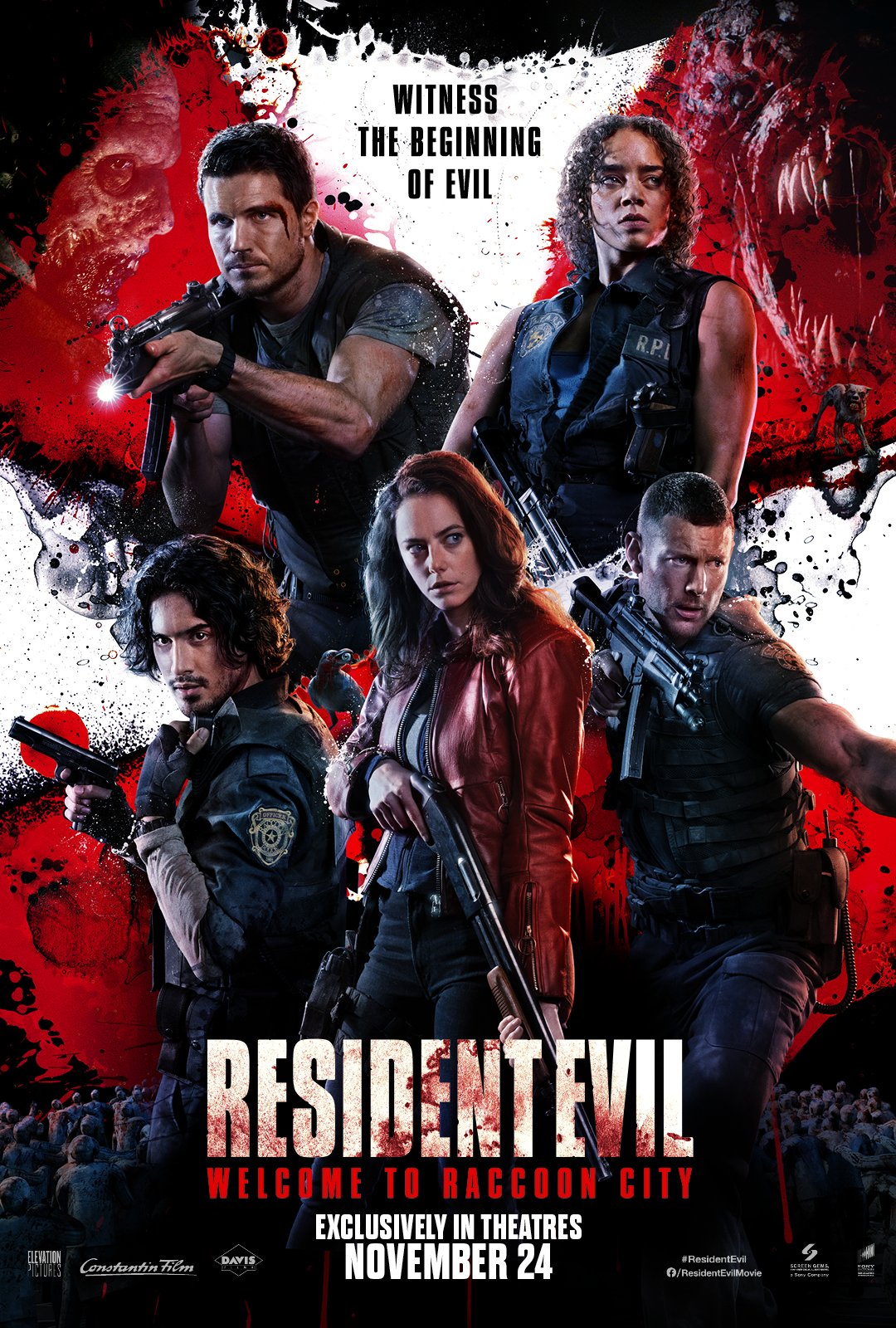