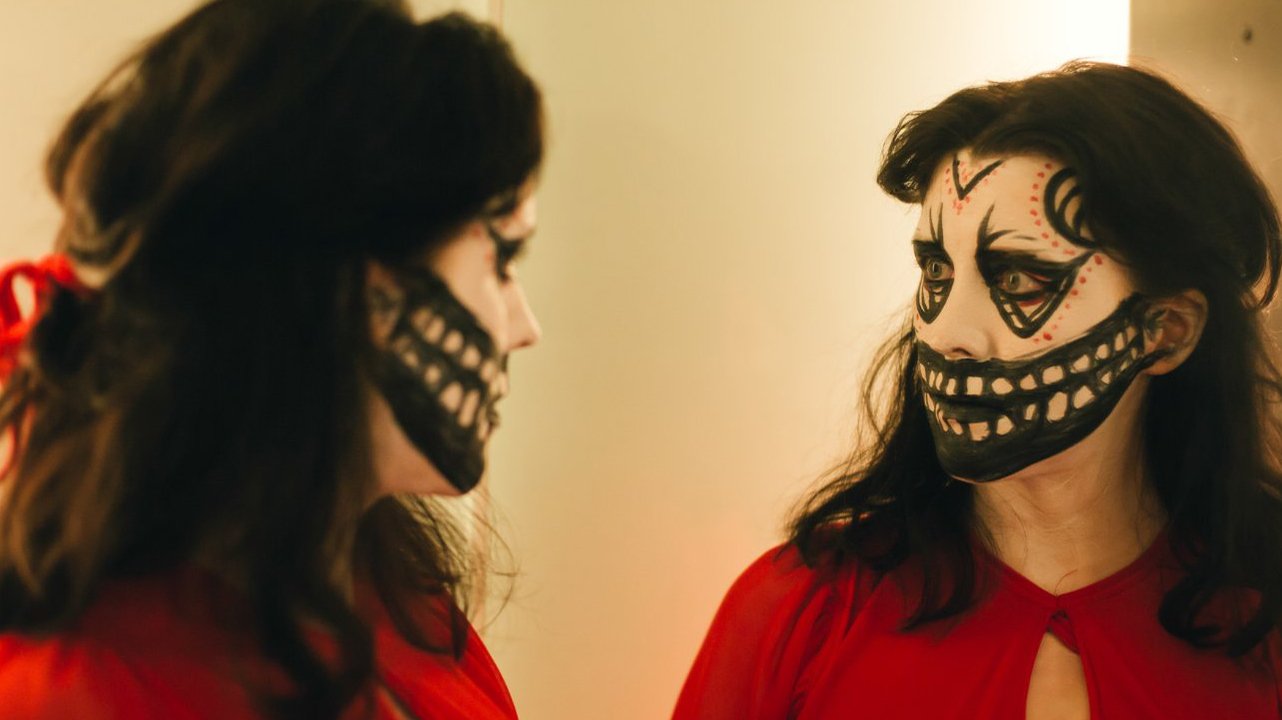 Hi gang, back again with another review of a Shudder exclusive. You know, that horror exclusive streaming service. The one that you can guarantee will only showcase movies determined to disturb you. We love it here at CGM because we’re genre-loving weirdoes and like to keep you fine readers up to date with any Shudder exclusive releases worth shoving in front of your eyeholes. Well, we’ve got one of those now. This week the streaming service is housing Prevenge a nightmarishly dark comedy about pregnancy and murder that was one of our favourite films at TIFF last year. If you feel like giggling at something that will also make you feel slightly ill this weekend, Prevenge is a special sordid treat for you to sample.

The film comes from writer, director, and star Alice Lowe, a cult comedy figure from the UK. You might know her from the brilliance that is Garth Marenghi’s Darkplace or perhaps from Ben “Kill List” Wheatley’s brilliantly bleak comedy Sightseers. Lowe also co-wrote the latter and if you’ve seen it, that’s a good indication of the tone of her directorial debut. Prevenge is one of those movies that slots into the horror genre for lack of any other proper classification. It’s really a comedy, just one so sick and unsettling it’s better recommended to horror fans over comedy nerds. Those sensitive souls won’t necessarily appreciate the disturbing delights that Lowe finds so funny and tragic.

Lowe stars as Ruth, a sad n’ lonely woman who is seven months pregnant and single. It’s not the greatest place to be in and Ruth has a unique way of dealing with her predicament. She’s decided to go on a killing spree. We meet Ruth bumping off a pet store employee in the back room, and soon see her dole out the same brand murderous justice to a sad sack DJ in a bad wig whom she seduces at his pathetic show. Curious about motivation? You should be. That’s the mystery silly! The actually reason why the pregnant Ruth decided to start a murdering hobby stay secret for most of the running time. But it’s quickly revealed that Ruth’s unborn child has started speaking to her and demanding murder. So really it’s a mother-and-unborn-child bonding tale. A very sweet story, except for all the bloodshed.

Much like the recent Get Out, Prevenge is a thriller/horror/satire dripping with subtext. Alice Lowe hasn’t made the first pregnancy horror film (because you know, Rosemary’s Baby, and so forth). But she has come up with quite a unique angle on how to tackle that oh-so-special human miracle through twisted genre means. It’s a tale of how pregnancy can completely change and take over the mother-to-be, biologically, psychologically, and emotionally. Throughout there are subtlety chilly and funny sequences in which Lowe visits care workers and doctors and is dismissively treated to overreacting to pregnancy. There’s some definite sting to those moments that feel rather real. Obviously, the whole “kill for me, mommy” angle is a bit more stylized, but it is rather terrifying. It’s a unique take on the loner killer subgenre, rooted in a specifically female experience rather explored in this sort of film. The fact that Alice Lowe was actually 7 months pregnant during shooting is a hilarious bit of trivia and also no surprise. As diabolically twisted and indebted to genre movie history as Prevenge might be (a little Possession here, a little Taxi Driver there, and some Italian Giallo style all over), it’s also clearly a deeply personal film for the creator and that resonates deeply throughout. If nothing else, this is going to be one of the strangest family home movies for the Lowe clan, much like the experience David Lynch must have had when he finally shared Eraserhead with his daughter.

Directing for the first time, Lowe proves to have a distinct tone and style. There’s a queasy discomfort to the dirty little tale, with Lowe constantly building tension towards scares and laughs. It’s never quite clear whether tension will be burst by a giggle or a scream and that makes the movie deliciously entertaining. She’s also got a knack for creating relatable characters through stingingly naturalistic dialogue. Everyone on screen is believable, even though none of them quite match Lowe’s searing presence and twisted character (to be fair, how could they in context?). Working with a smaller budget, Lowe also manages to deliver an impressive sense of style and atmosphere for a flick shot in under two weeks. She clearly knows her genre craft and executes it well.

If there’s a problem with Prevenge, then it’s the fact that the meandering movie can feel a bit episodic until the final act that doesn’t quite wrap things up in a satisfying way. It all works, it just feels like Lowe was a little uneasy about how to wrap up her tale and the finale may leave some feeling underwhelmed, even though the creepy ambiguity is fully appropriate for this genre. Still, it’s not as if Lowe or anyone else intended Prevenge to be a unique and tight masterpiece. It was more of an experience in murderous pregnancy horror and British cringe comedy and damn it the experiment work. There’s no other movie quite like this one despite all of the various references to past genre outings. Alice Lowe is clearly a gifted master of the darkest of comedy and has a knack for genre thrills that could grow alongside her established morbid wit. She’s definitely a talent to keep an eye on and if Prevenge isn’t quite her masterpiece, it’s certainly a fascinating genre oddity well worth seeking out for those who like their comedy coated in blood.

Prevenge is a dark horror/comedy that finally proves pregnant women can be just as good at murdering people as the rest of us! 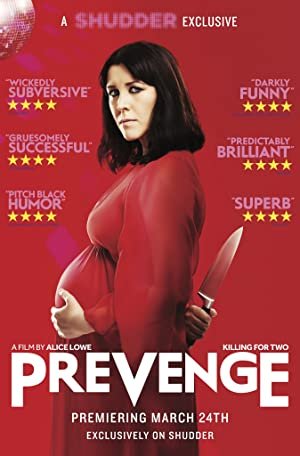