JJ Abrams’ The Force Awakens was, in its own way, a little miracle of a movie. After not even George Lucas himself could make audiences tingle with those special Star Wars feels that flooded through audiences after their first trip to a galaxy far far away, Abrams achieved the impossible by giving everyone a new canonical SW adventure that lived up to decades’ worth of hype. Of course, in hindsight Abrams reliance on nostalgia set up without payoff made that achievement lose a little lustre. There was an immense amount of pressure on comparative youngster filmmaker Rian Johnson (Brick, Looper) to find a way to grab the balls that Abrams threw into the air and juggle them in ways that would give this new trilogy the weight it needed to stand on its own. He got stuck with The Empire Strikes Back slot. A high pressure gig with big rewards. Thankfully, he got the job done. The Last Jedi easily tops its predecessor and pushes the new trilogy into the dark and fresh places it needed to go. Well done, sir. No wonder you got your own trilogy as a reward.

While Star Wars is a franchise that built a modern myth on a base of sincerity, Rian Johnson is a highly self-aware filmmaker who adds that flavour to the franchise without spoiling the recipe. The blockbuster is overtly modeled and structured after The Empire Strikes Back in ways that will fuel many a deep cut video essay. In broad strokes, the plots are strikingly similar. Once again, our new hope for the light side of the force (Daisy Ridley) is separated from her friends and forced to bicker with an eccentric and aged Jedi master (Mark Hamill) to teach her the old ways. Meanwhile the rest of the core (John Boyega, Oscar Isaac, Carrie Fisher, the muppets, the robots, etc.) are locked in a feature length chase with evil battleships run by the big bad (Adam Driver) and the secretive bigger bad (Andy Serkis). Side quests take us to new planets and introduce new characters both lovable (Kelly Marie Tran, about to become a major Comic Con celebrity), powerful (Laura Dern’s rebel leader), and mysteriously immoral (Benicio Del Toro). Nothing in the adventure ever quite goes as expected. Good doesn’t triumph over evil. Even the nature of good and evil is questioned. Everyone ends up in a worse spot than where they started. You don’t applaud at the end because all of your expectations have been satisfied as pleasingly as possible. You applaud because the tale took you places that you never expected.

That’s part of the pleasure of a filmmaker getting to deliver the second act of a larger story. Rian Johnson’s job was to complicate and upend the established universe with no requirement to clean up any of his messes. While his script may hit on all the grace notes and powerful beats needed for this to qualify as a Star Wars story, Johnson also goes out of his way to confound and divert from set paths. There are plenty of surprises here as well as down notes that sting without resolution. Don’t get me wrong, The Last Jedi is still a crowd pleaser destined to delight some of the largest crowds ever shoved into cinemas worldwide. It’s also a Star Wars flick unafraid of big ballsy risks, which was certainly needed after The Force Awakens. For all of the loving nostalgia crammed into the bloated 152 minute running time, the blockbuster is thematically about letting go of the comforts of the past to embrace the frightening uncertainty of the future. That’s exactly the kick in the pants that this trilogy and franchise need and the last thing that we should have expected after the back-patting Star Wars revival that JJ Abrams unleashed just a few Christmases ago.

Because of the added complexity (Well, by Star Wars standards. This ain’t no ambiguous art film), the actors all get a chance to thrive. Daisy Ridley and Adam Driver are gifted new depths to their lynchpin characters, teasing new sides of their personalities and allegiance to the force in ever intriguing ways. John Boyega and Oscar Isaac get room to breathe and add new wrinkles to their lovable action figures. Kelly Marie Tran, Laura Dern, and a stuttering Benicio Del Toro deliver characters so intriguing that they’ll be applauded upon return. All the new players firm their place in the series and set themselves up for grand finales to come. Yet, as much as The Last Jedi manages to give this new saga its own voice, it is Mark Hamill and Carrie Fisher who steal the show. Both of the character arcs spiral off into places that no one could have expected yet feel completely right. Both give not only their best performances in a Star Wars movie, but possibly of their entire careers. It’s a pure joy to watch them play and such a tragedy that only one of them will be around for the concluding chapter in this series.

Of course, as much as The Last Jedi is about toying with expectation and deepening themes/characters, it’s also a big old action romp. Rian Johnson clearly loves the sandbox that he’s been invited to play in and knows how to pick up familiar ships and make them go boom in glorious ways. The opening space battle tops anything that happened with an X-Wing in The Force Awakens and it’s but the beginning of a series of remarkable action scenes that deserve to be seen on the biggest possible of screens. Best of all, while Abrams treated Star Wars as a genre in and of itself to give us eye candy that could only come out of that universe, Rian Johnson recognizes that Star Wars was always genre pastiche and delivers set pieces torn from genres as varied as Samurai lore and horror romps.

The Last Jedi is a giddy rush of entertainment from the first frame to the last that’ll make fans swoon. It also doesn’t come with the burden of making sure all of the slots fall into a satisfying place by the time the credits roll. It’s a movie that will likely be beloved now and grow in reputation over time. In short, even if it’s a little too long and deliberately a bit unsatisfying, The Last Jedi is the exact Star Wars movie that we need right now. You may not feel that way immediately because it lacks the constant instant gratification of The Force Awakens. But trust me. This one grows on you. I haven’t been able to stop thinking about it since I saw it and Star Wars movies aren’t generally known for provoking thought on first viewing. Rian Johnson done good. Abrams has a hell of a job ahead of him to top this and wrap things up in a tidy package. Godspeed, sir.

The Last Jedi is indeed The Empire Strikes Back of the new trilogy, a challenging new Star Wars chapter that will likely age like fine wine. 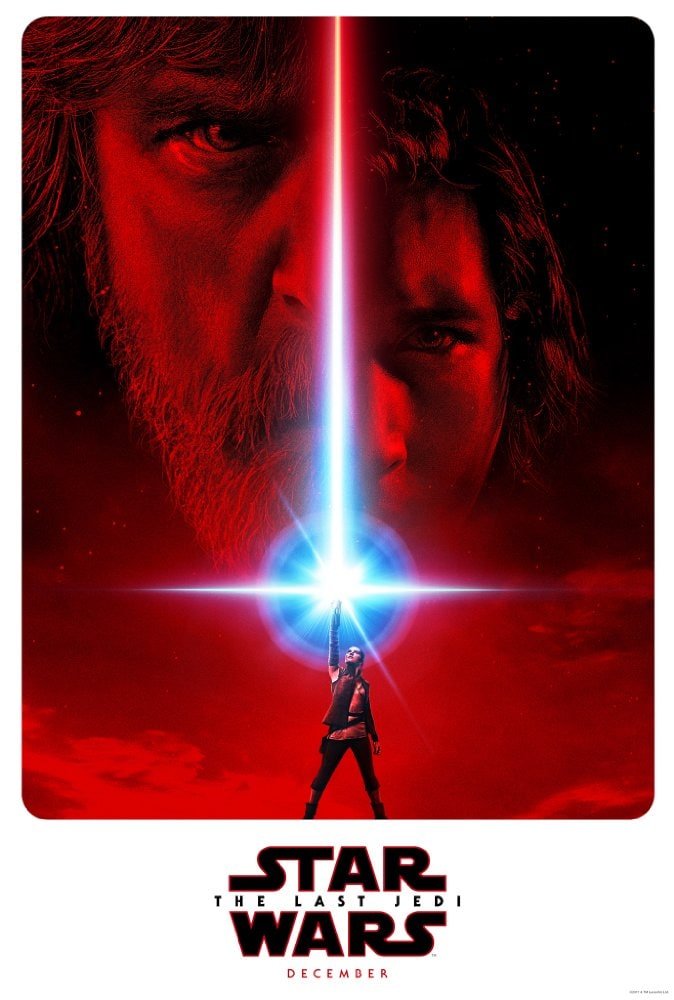