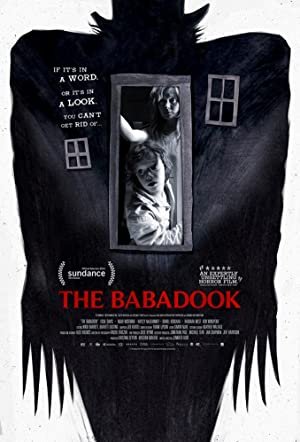 For Canadian horror fans, this weekend is a cause for celebration. At long last The Babadook can be seen (at least, through official commercial channels). For anyone who pays attention to the genre, the title has likely already crossed your radar. Jennifer Kent’s debut feature as writer/director already topped at number ‘Best Of 2014’ lists for horror flicks and even picked up a few ‘Best First Feature’ awards as well (a rarity for genre yarns). The hype is deserved. The Babadook wasn’t just the best horror film to hit screens last year, it’s one of the best to emerge in several years. Which is not to say that this is the scariest movie ever made by any means. Those sorts of expectations tend to harm any striking new horror film because it’s impossible for most horror flicks to fulfill the scare expectations of a hardened genre snob. That’s particularly true of The Babadook, a very subtle and strange little spooky movie that doesn’t try to pummel audiences into shrieking submission. Instead, it slithers under their skins and sends shivers down their spines while also tickling their brains.

Accomplished Australian actress Essie Davis stars as a single mother whose husband died in a car crash on the way to the hospital for the birth of their son. Now she struggles to raise the boy (Noah Wiseman, a quite talented youngster who is mercifully un-precocious) while working a dead end job at a retirement home and living a deeply lonely life. One night the kid finds a mysterious pop-up book on his shelf for bedtime reading. Mommy doesn’t know where it came from and is disturbed when the Tim Burton-eque black and white pop-up book spins the tale of the ghostly Babadook who will haunt and kill anyone who calls upon it. The boy is terrified, as is his the mother, and soon strange things start happening around the house that were predicted by the book. From there, things get progressively darker and creepier. Shadows around the house reveal the monster’s potential presence and Mommy’s mind starts to slip. It might be a haunting, but it might not. Regardless, neither the characters nor the audience will be able to escape The Babadook.

That ambiguity between haunting and madness is the film’s greatest strength. Depending on viewer perception, the film is either a parable about stressed single mother slipping out of sanity through an endless cycle of postpartum depression or a straight ahead creepy monster story about the things that go bump in the night. Writer/director Kent and her star Davis (who delivers an extraordinary central performance) cleverly conspire to keep their exact motivations just out of reach. It all depends on how you choose to read the film and either version is immensely satisfying. The most effective horror movies are never about the jump scares, gore gags, or atmospheric special effects. Obviously those things are all damn important, but the best horror movies are more about tapping into primal fears over sensationalistic excess. With The Babadook, Kent plays off of deeply relatable melancholy and fears of abandonment, parenthood, and insanity. She just heightens them to a level of supernatural horror and then pays off those surface level shocks brilliantly.

Filmed in monochromatic blue/grey tones and using entirely in-camera effects, The Babadook worms its way into your psyche through beautifully haunting visuals. It’s clear that Kent is a student of genre film and pulls inspiration from silent horror and arthouse creepsters like David Lynch, David Cronenberg, and Roman Polanski. It’s the overall mood the filmmaker crafts that sinks its teeth deepest into viewers. From the first frame something is off and Kent sensitively tightens the screws from that point on, while always ensuring that her scares serve her stories and themes. Like all good monsters, The Babbadook itself gets the most chills through concept and suggestion. When we finally see the creature, a combination of trick photography techniques keeps the image vague, while the design pulls inspiration from German expressionism (proving that the earliest horror movie tricks still work best). Yet, the most frightening single image in the film just might be the children’s pop-up book that kicks off the whole mess, a work of art in and of-itself that would make for great tie-in merchandising were it not for all the inevitable nightmares that would follow.

Simply put, The Babadook is a brilliant little horror movie. It’s already something of a cult classic and that reputation is destined to grow as more viewers fall for its creepy charms. Jennifer Kent crafted something as clever and emotionally resonant as it is viscerally terrifying and that’s the hardest trick to pull off in genre filmmaking. It’s one thing to make a movie that can give desensitized audiences the willies after years of building up their horror tolerance. That takes plenty of talent and skill. But to do that while also making something that taps into genuine human emotions and has something to say beneath the style is a rare trick indeed. With only one Kickstarter-supported movie under her belt, Jennifer Kent has already established herself as one of the strongest and most original voices in the horror genre. Beyond the fact that it’s bloody brilliant, viewers really need to seek out The Babadook and pay for the privilege of getting creeped out by it. Not only will that help encourage the production off-kilter indie horrors like this, but it will help Kent get her next movie made. The woman clearly has some immense talent and as exciting as it is to watch her debut, it’s even more exciting to imagine how she’ll grow and mature from here.

Beyond the fact that it’s bloody brilliant, viewers really need to seek out The Babadook and pay for the privilege of getting creeped out by it.
REVIEW SCORE
9
File Under: fairy tale, Horror