The Power of the Dog Review

Good Ideas Held Back from Greatness 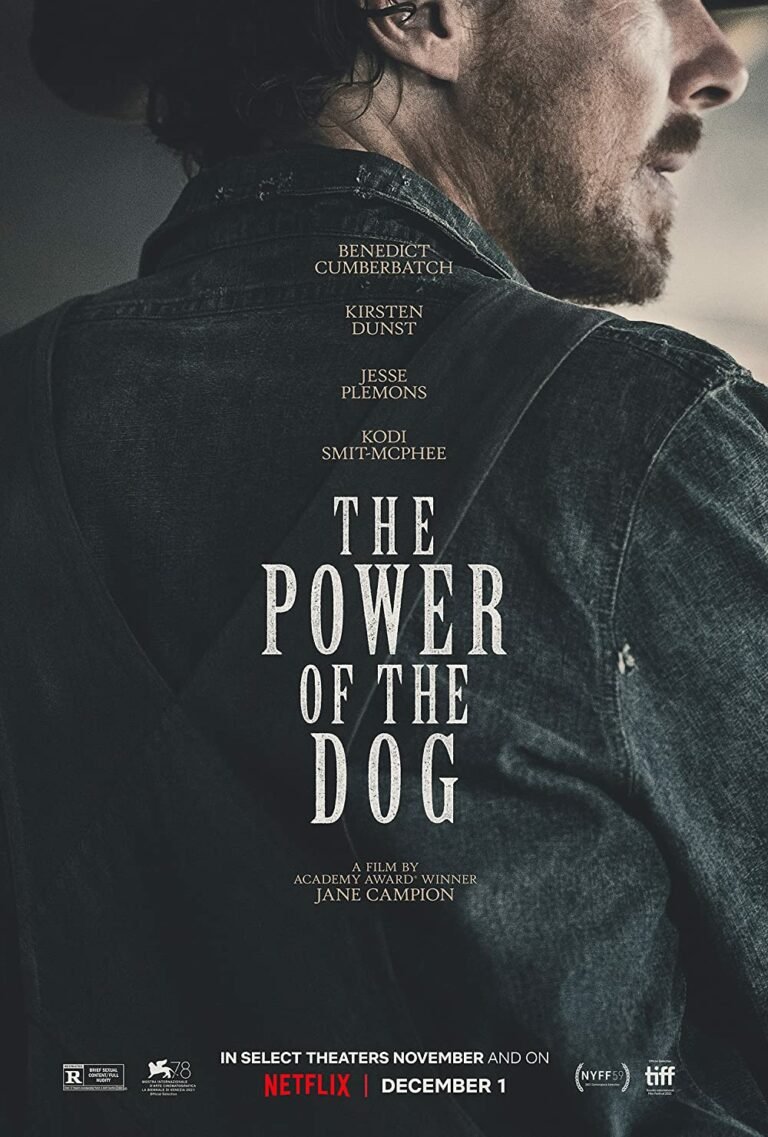 I walked into The Power of the Dog wanting to love the movie. Jane Campion is a director I have followed for years. Her standout freshman effort, The Piano was a film I wrote countless essays on back in film school and a movie I go back to often. Combine that with the acting talents of Benedict Cumberbatch, I expected a masterpiece, but walking out of The Power of the Dog I felt disappointed in how many things worked, without hitting the mark.

The film follows Phil Burbank (Benedict Cumberbatch) a rancher who is the embodiment of masculinity. He is both an inspiration to the men of the town, and a force to be reckoned with if he is crossed. While he may be at home on the land, his brother George (Jesse Plemons) is more interested in society, looking to spend his money to make the town, and his life, more comfortable. When he catches the eye of widower Rose (Kirsten Dunst) he brings both her and her son Peter (Kodi Smit-McPhee) into his world, much to Phil’s chagrin.

What follows is a battle of wills, with Phil looking to undermine his brother, Rose and in everything they want or desire. From avoiding dinner parties, to belittling all the achievements they work towards, there is little Phil will not do to tear George’s new-found happiness down. But Phil hides a secret, one that young Peter discovers, changing things in ways no one thought possible.

The shots and composition Campion brings to the screen are striking. Set in the mountain wilds of Montana of the 20s, it is a striking look at a world fighting back against modernization. Men are still living the western dream, even as the rest of the world is slowly moving forward into the 21st century. As this fight rages on, the rolling hills and Rocky Mountains still stand tall over the land, painting scenes that transport the viewer to a similar time.

“The Power of the Dog feels primed and ready for more complex concepts and themes as it goes into its third act, but somehow Campion fails to bring the cattle train home.”

It is this land that these brothers fight to control, with Phil willing to push out any interlopers. Cumberbatch’s character is a force of nature. The fear he instills in the surrounding people is palpable and present in every frame on the screen. This is a man that has built up a persona, one that he can’t relinquish, and will paint the world with hate rather than give an inch. There is a darkness and repression that rests just below the surface, and it is this darkness Peter can use to his advantage.

Adapted from a book, The Power of the Dog feels primed and ready for more complex concepts and themes as it goes into its third act, but somehow Campion fails to bring the cattle train home. While there are many ideas and concepts that are ready to be discussed and explored, the final act felt limp and lifeless, with the build-up ending in a whimper.

Phil Burbank, as a character, is rich, complicated, and potentially dark, but by playing it safe, it is hard to feel anything for these characters beyond pity and disappointment. His repression and violence, while hard to watch, never feels fully realized or explored. While the message of tolerance for oneself and others is welcome—and important—it never goes deeper than the surface.

This is a movie that needed to build up to an ending that pushed the concept forward, but ultimately felt too safe. There are so many things done right within The Power of the Dog. It is a neo-western journey that needed the teeth and voice of The Piano, but somehow, even with the latent involved, they never found it. While it may not hit the landing, Benedict Cumberbatch is more than enough reason to give it a chance.

Benedict Cumberbatch shows why he is one of the best actors working today, but Jane Campion’s The Power of the Dog gets lost on the road to greatness.
REVIEW SCORE
7
File Under: TIFF 2021