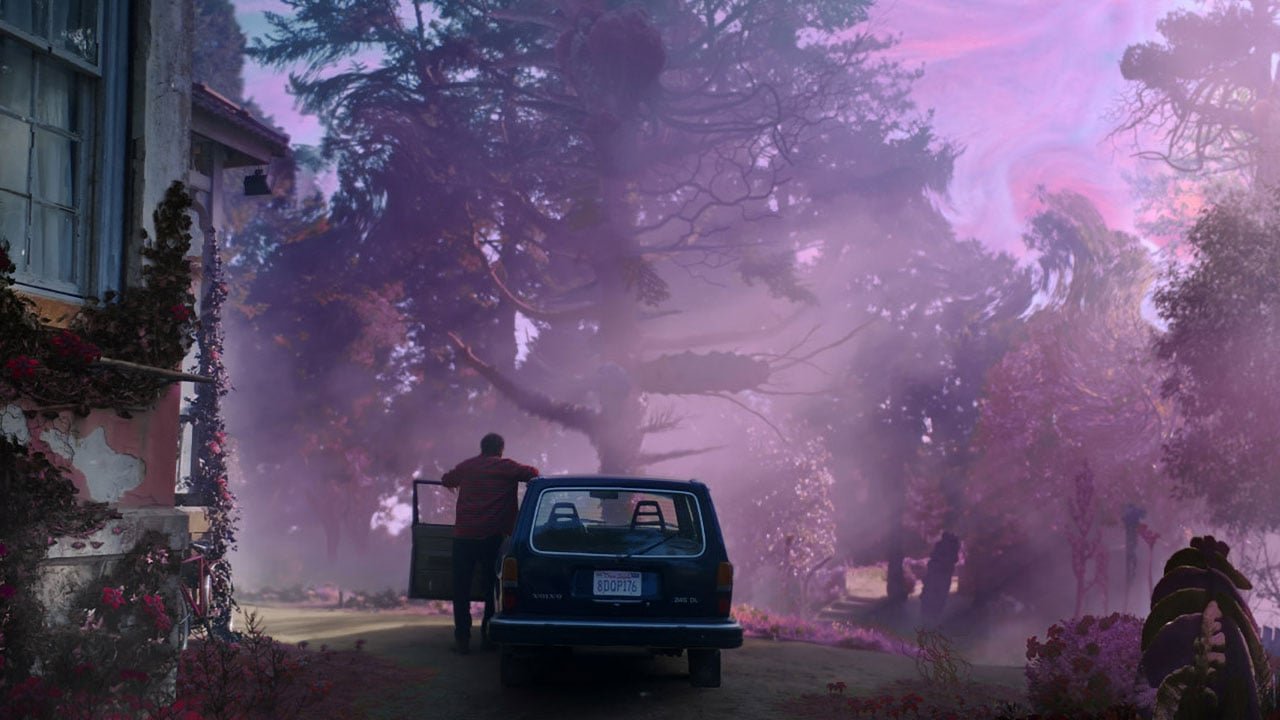 Few films have managed to capture Lovecraft’s works on celluloid, despite having some of the most expansive and influential works within the horror genre.

Richard Stanley, with Color Out of Space, took on this task, enlisting Nicolas Cage along with a selection of actors at top of their game to bring his first narrative film to the big screen in over 20 years. Sadly, an odd tone, inconsistent visuals, and a bloated runtime lead to an impressive slog of a film.

Richard Stanley has had a fondness for the story since he was a child, and it shows. He captures the core elements of what makes the original story, The Colour Out of Space, an exciting read, bringing what could have been a near-impossible tale to the big screen with as much love as would be expected by a fan. It follows the Gardner family farm as they deal with the effects of a meteorite crashing into the property. Father and bourbon connoisseur Nathan (Nicolas Cage), mother Theresa (Joely Richardson), stoner son Benny (Brendan Meyer), occult enthusiast Lavinia (Madeleine Arthur) and dinosaur-loving Jack (Julian Hilliard) are all trapped within their own unique nightmare as the film unfolds.

Set in remote New England, tucked an hour away from the nearest hospital, the landscape is steeped in Lovecraft lore, from the places and the names to the concepts thrown around throughout the film. Anyone who is a fan of his work will find there are Easter eggs aplenty to uncover and unpack. Thankfully they never overwhelm the proceedings, and Stanley has done a good job peppering them in for flavour while never pushing for the audience to know the stories this film is based on.

This is the first time that Lovecraft’s work has been captured with such love and attention to the detail the book offers up. It is made obvious through every frame of the film just how much Richard Stanley cares for the source material. Hearing that he has wanted to tackle this project since he was 13 years old does not surprise me. With what is often a complex story to adapt he manages, for the most part, to bring the ideas to the big screen and make them believable.

This is why it is so frustrating to have to work through the film’s numerous flaws to be able to engage with and enjoy what is, for the most part, an interesting interpretation of this iconic story. First and foremost are the tonal inconsistencies that permeate the movie. Richard Stanley clearly wanted to make a film that tackled the subject matter with responsibility, but throughout the film it seems every actor takes to their roles in unique ways. Nicolas Cage, for example, takes to his role of Nathan with the over-the-top level of camp we have grown to expect from his acting style, shifting between complete lunatic to loving father at the drop of a hat.

Honestly, this could be a fun take for the film, pushing the envelope on the source material and embracing the absurdity. But he seems to be the only one on this trajectory, with many of the other actors tackling their roles with an earnestness that is engaging but jarring in comparison. This is potentially the most “Cagy” he has been in a long while, and while it can be fun at times to just let it wash over you as you watch the film, it does ultimately detract from the experience.

Richard Stanley has set up each family member’s story to be unique, with the gradual changes being manifested in their own special ways. The coming of age story with Lavinia and the often over the top, madness fueled decent of Nathan make it so that there are at times too many balls in the air for them to all land as intended.

The character that suffers the most from this method is Ward Phillips (Elliot Knight). Taking on the role of a hydrologist (and general science guy), he works as the films anchor to sanity and the one working to undo what the meteorite is attempting to do to the family farm. But, simply due to the number of storylines at play as the film progresses, he sits out for a good portion of the middle section of the film, taking away potential character development only to reemerge in the climax to try and save the day.

The same goes for the script and concept. In a fun change from the original story, the Gardner family has a group of Alpaca on their farm, which becomes a major plot point for later in the film. And while it can at times be terrifying to see the madness surrounding the animals in the family’s lives, when it is an Alpaca, it can’t help come off as ludicrous. Thankfully, the effects—for the most part—make up for these shortcomings. Richard Stanley made a wise choice and had most of the concepts and creatures done practically.

Seeing the twisted horrors the meteorite manifests from the world around the farm are horrifying, but at the same time oddly beautiful. From deformed cats to Alpaca based terrors, Richard Stanleymanages to capture the mysterious and the cosmic in a way few directors have. Anyone who has seen The Void will find the concepts at play within Color of Outer Space strike a good mix between tragic and brutal.

Yet even with such great concepts on the screen, the ever-present “color” (in this case bright magenta) permeates almost every frame of the film from the time the rock lands to when the credits roll. Don’t get me wrong, the film does a good job of trying to visually illustrate what is by its very nature unfathomable, the excessive use of the colour does take away from many of the expert effects and scenes or madness that unfold in the film.

While not a bad film by any stretch, it is the missed potential that is most frustrating about Color of Outer Space. There are brilliant ideas on display here, and Richard Stanley clearly loves the subject matter, but the tonal shifts and particular design choices detract from what could be a mesmerizing interpretation of one of Lovecraft’s most iconic stories. While it is worth a watch, this is one to save for VOD or Netflix to enjoy in the comfort of your own home with a group of friends willing to enjoy a purple haze fueled ride.

Odd design choices and inconsistent tone detract from what otherwise would be an engaging interpretation of Color of Outer Space. 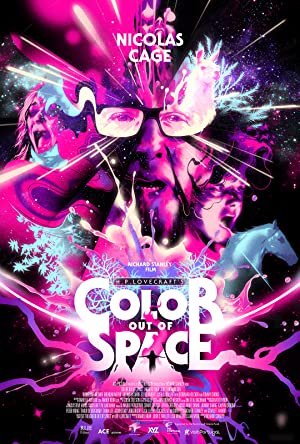