What if John McLane woke up in bloody Helsinki?
SCORE: 8/10 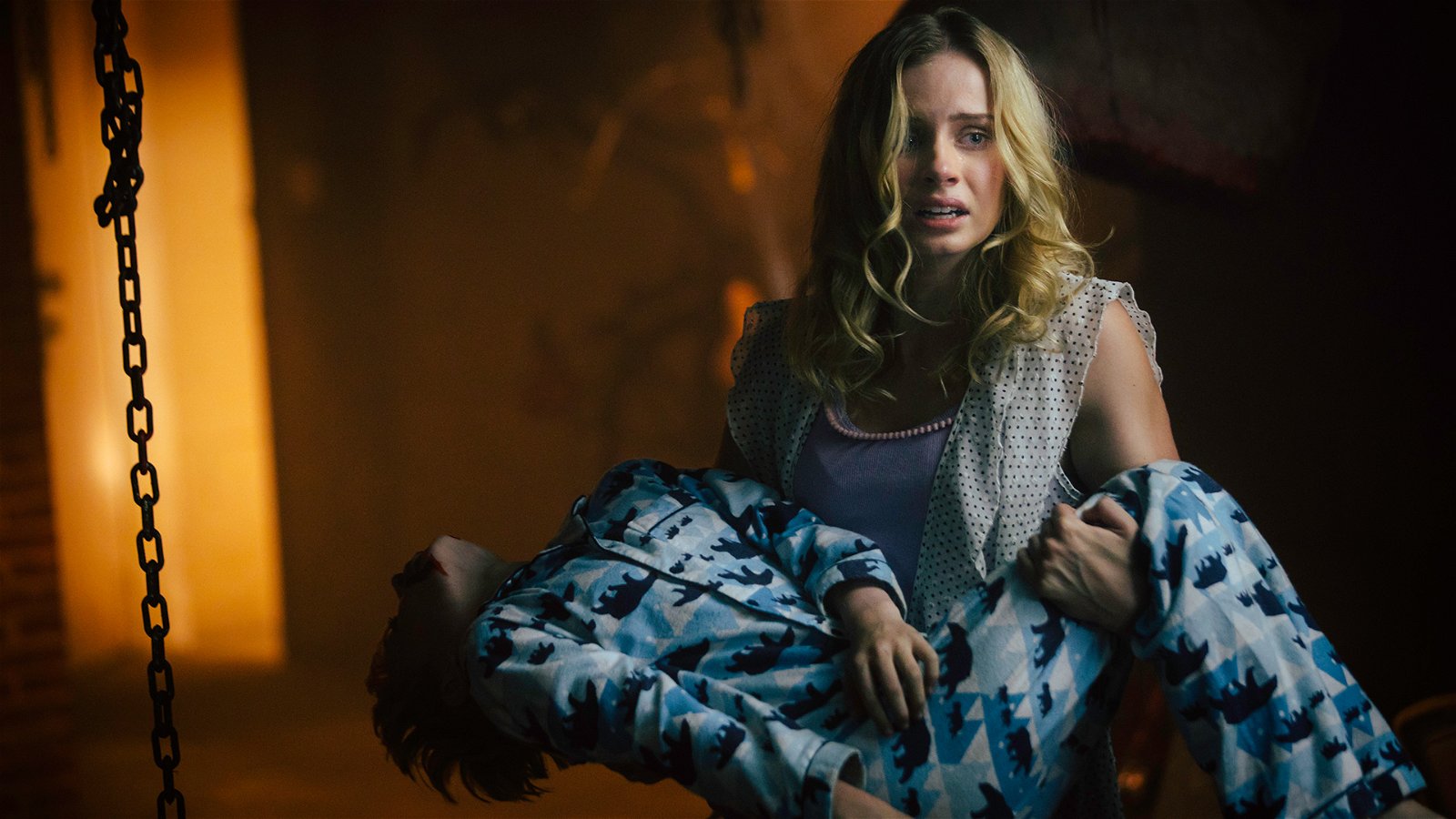 Self awareness is a difficult thing to handle in the post meta-slasher and high camp horror landscape, but Bloody Hell manages to take on the tough guy trope and give it self aware freshness in a completely different way than American Psycho and Fight Club.

Rex (Ben O’Toole) is a gritty action hero type. He’s ex-military and not afraid to take on a slew of bank robbers donning a cool jacket while trying to impress a girl. But in his tough guy slaughtering of a gaggle of robbers, Rex causes some collateral damage and lands him eight years behind bars. Having served his time, Rex attempts to re-enter society but learns that he’s become a celebrity and can’t enjoy a deli sandwich without the clacking and flashing of paparazzi cameras. Wanting to start anew, Rex boards a flight to Helsinki intent on starting his new life, but he can’t escape his celebrity and some locals that spot him in the airport kidnap him, tie him up, and prep him to feed to their cannibal son.

It took some time to get here, it seems, but the meat of this background is filled in out of order. Telling a story out of order only works when it’s for the craft, and that’s something Bloody Hell (written by Robert Benjamin and directed by Alister Grierson) smashes on the head. It tries its best to waste no time getting Rex to Finland and strung up by his wrists, but still takes the time to interject with the “you’re probably wondering how I got here” flashbacks at moments when Rex is otherwise festering alone. It’s a creative and effective way to start the film where the action is, while controlling the pacing by throwing in added action scenes for excitement in the middle of the slower part of the story. Where this works well once we’re dopped in Helsinki, it lands a bit flat earlier on in the film where we’re on a fishing expedition for what’s going on. There were a couple moments it seemed like I’d missed something as opposed to the movie hiding it from me, but the questions are eventually answered, and it was easy to brush off.

Once Rex finds himself with a missing appendage in a dark basement, he is joined by the manifestation of his PTSD, a fantasy double of himself who takes on the role of “training kicking in.” Rex, hinting to us that he’d spent time “overseas” switches into the Jason Bourne mode of resourcefulness to manage a hairy situation with brains and brawn. In doing so, he exploits the affections of the cannibal family’s black sheep, Alia (Meg Fraser). Alia isn’t like the other killers; she wants to be a doctor and fantasizes about fixing Rex to live happily with him spinning in a field. The disaster of a clunky romantic narrative is expertly lampooned via the slapstick fantasy sequence and the oversexed nurse scene centered around the stump of a severed foot. As I gazed at Alia gently caressing the ankle stump set to sexy tunes, I muttered “now this is how you subvert and transcend.”

Much of the film leans on the charisma of its lead. Playing dual roles; Rex Prime and Rex’s coping mechanism double, Ben O’Toole steps up filling in the conversation at times Rex might be alone or in his own head. He’s charming, quite simply, and does so much to bring comedy and heart to the otherwise hilariously clunky (I submit, purposefully) lines that slip past his lips.

The fun in this movie isn’t just the hilarity associated with a charming action hero dangling by a rope in Helsinki, but in how the charming action hero lands like a tonne of bricks in a spooky European nightmare. They took Rambo and chucked him face first into the middle of We Are What We Are. Bloody Hell reads like a completely self-aware take on throwing it’s ‘Murca right in the center of the otherwise brooding and moody European haunt. It pours light beer all over the Euro scare and showcases the signature military zeal, complete with an American saviour in a foreign land. It’d be unfair to criticize the movie for that, since it knows exactly what it’s doing and does it with a charming O’Toole (an Australian) wink.

Bloody hell takes everything we know about the American ex-military badass and strings it up in a basement in an arbitrary European country having it shout “do you speak English?” at every opportunity. A blood-spattered disaster complete with femurs as a murder weapon and kids getting their noses broken is a clever deconstruction of a collection of saviour narratives, internet celebrity culture, and American military fervor. That, and it’s a freaking bloody blast that’d make the Ex-Presidents shudder.

This bloody mashup of action hero tropes and brooding horror comes together in an all out friggin’ blast that makes it impossible not to laugh at the sight of a severed foot and cheer for a kid getting kicked in the face. It’s a slapstick scary movie that manages to deconstruct a host of tired tropes leaving behind a trail of fun. 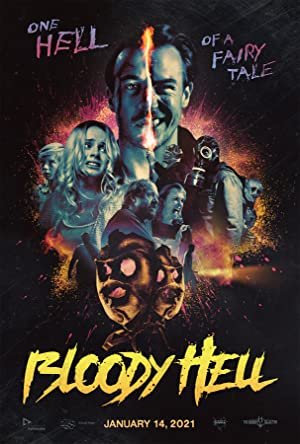