Pirates of the Caribbean: Dead Men Tell No Tales (2017) Review 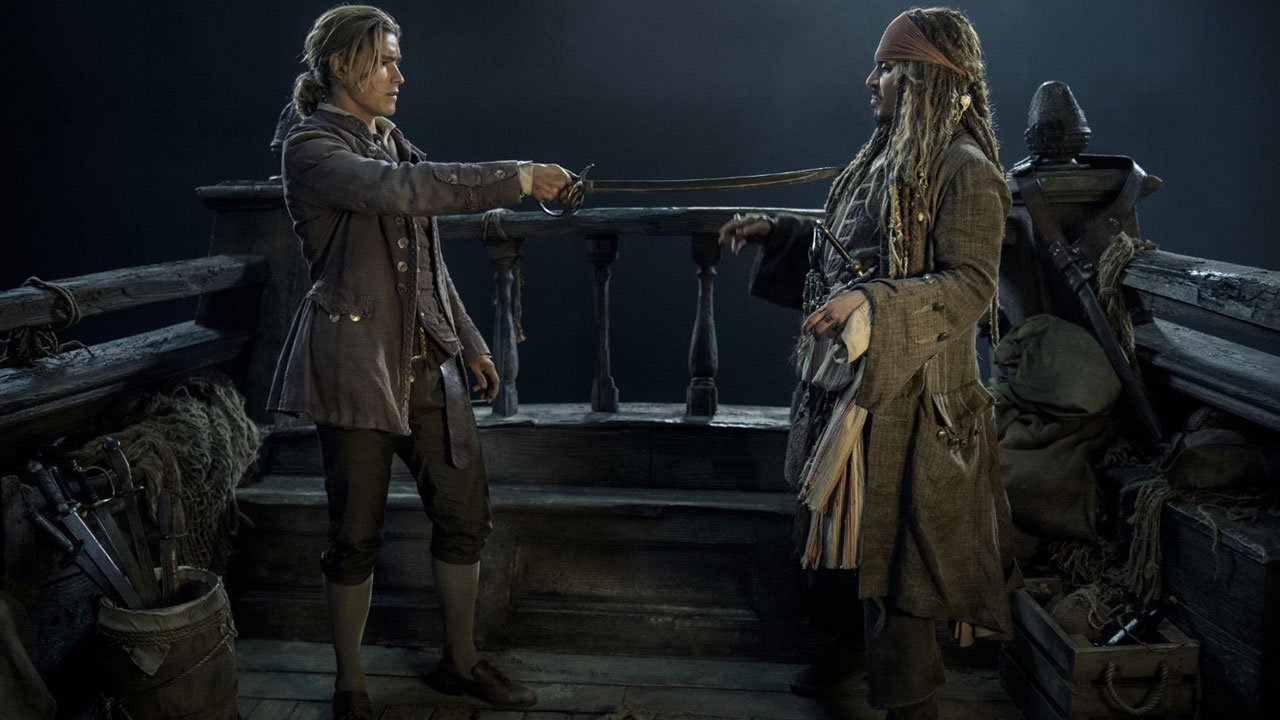 This again. Back in 2003, the world was pleasantly surprised when a giant blockbuster based on the Disney World ride Pirates of the Caribbean was actually a rather watchable and entertaining swashbuckler (thanks in no small part to a delightfully lunatic Johnny Depp performance). It made a ton of money, way too much even. Then, two sequels were rushed into production to turn the series into a trilogy. They were horrible but made even more money than the original. So a “fourquel” was made a few years later. It was somehow worse but made another billion dollars. So now we have a new Pirates of the Caribbean movie that’s about as convoluted, pointless, and dumb as the last few. So that means that you likely won’t find anyone who will admit to liking it, but it’ll make another fortune for everyone involved. Such is life. No one said the world was fair, so we have Pirates of the Caribbean: Dead Men Tell No Tales.

As is tradition in the Pirates franchise, the plot is a confused and muddled mess with a variety of half-baked story threads and underdeveloped characters competing for attention. Brenton Thwaites pops up as the son of the Orlando Bloom (remember when he was in these movies?) hoping to save his cursed father, while Kaya Scodelario plays a woman accused of witchcraft who is really just interested in the stars. Both of them have a similar goal to find the Poseidon’s Trident. To do so, they need Johnny Depp’s Captain Jack Sparrow. Why? Just because. Don’t worry about why. As usual, the movie happens to Sparrow with him doing little of consequence other than making silly jokes in the corner of the frames. Oh, and there’s a villain too. Javier Bardem plays a ghost captain of a ghost ship who has apparently been hunting Sparrow for years even though he didn’t turn up in any of the previous movies.  Plus Geoffrey Rush is in this one as well because why not? None of it makes much sense or carries any emotional weight. But it does give the filmmakers an excuse to blow stuff up on the regular.

Pirates of the Caribbean: Dead Men Tell No Tales does have one thing going for it though: spectacle. The blockbuster has a massive budget and most of it ends up on the screen through massive sets, gorgeous CGI, and a handful of genuinely thrilling set pieces. Directing duties for this “fivequel” landed on the Norwegian duo of Joachim Ronning and Espen Sandberg, who have made some impressive Euro action flicks like Max Manus. They may have gotten this high paying gig because no one in Hollywood could be bothered, but they’ve got a knack for staging action, and do some solid work organizing the chaos here. Whether it’s the Fast Five knock-off bank heist or a thrilling chase with zombie sharks and ghost pirates racing on water, Ronning and Sandberg keep pulses pounding, action choreography clear, and the explosive visuals beautiful. It’s a damn impressive production with some genuinely exciting sequences (especially one involving a spinning guillotine that’s kind of brilliant). The craftsmanship is second to none. It’s just a shame that the story is such a stinker and the characters are too dull to care about. So any thrills involved in Pirates 5: Oops I Did It Again are entirely superficial.

Oh sure, Johnny Depp prances about in his usually amusing Jack Sparrow ways, the trouble is that the fifth time isn’t a charm. In fact, the once exciting routine is pretty old now and lacking in any sense of surprise. The same can be said for Geoffrey Rush’s snarling shtick. Javier Bardem is an admittedly creepy villain under thick makeup with heavy CGI augmentation, but it’s hard to discern anything about his character beyond the visual elements. The new heroes are pitifully boring, with Thwaites given little to do other than appearing panicked at all times, and Scodelario going through the motions of being a badass heroine without any human component to her grandstanding. There’s no drama or personality here, it just feels like a series of mannequins set up for a theme park ride (which is at least appropriate, I suppose). Even when the much-publicized Paul McCartney cameo pops up, the only possible reaction is a shrug of, “that’s it?”

So, Dead Men Tell No Tales is yet another confused and fumbling Pirates of the Caribbean sequel that spent an absolute fortune trying to convince audiences that it doesn’t matter that the plot is nonsense and the characters are tedious. It leans in deeply to the franchise mythology as if anyone actually remembers it and serves up reheated leftovers masquerading as a worthy bit of summer entertainment. Its disposable trash, yet not particularly better or worse than any of the previous Pirates of the Caribbean sequels. These movies have suffered from franchise fatigue from the second they became a franchise. What could have been a pleasant surprise theme-park blockbuster has grown into a gruelling game of chicken between the studio and audiences. The filmmakers surely know they are scrapping the bottom of the barrel, and viewers can expect mediocrity. Yet they keep making them and people keep coming. Hopefully, at least one of those two unfortunate truths changes soon. If not, I’ll see you back here again for a similar review of a similar disappointment in a few years.

It’s yet another Pirates of the Caribbean sequel, you know what to expect. 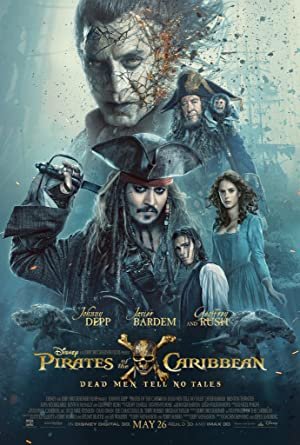