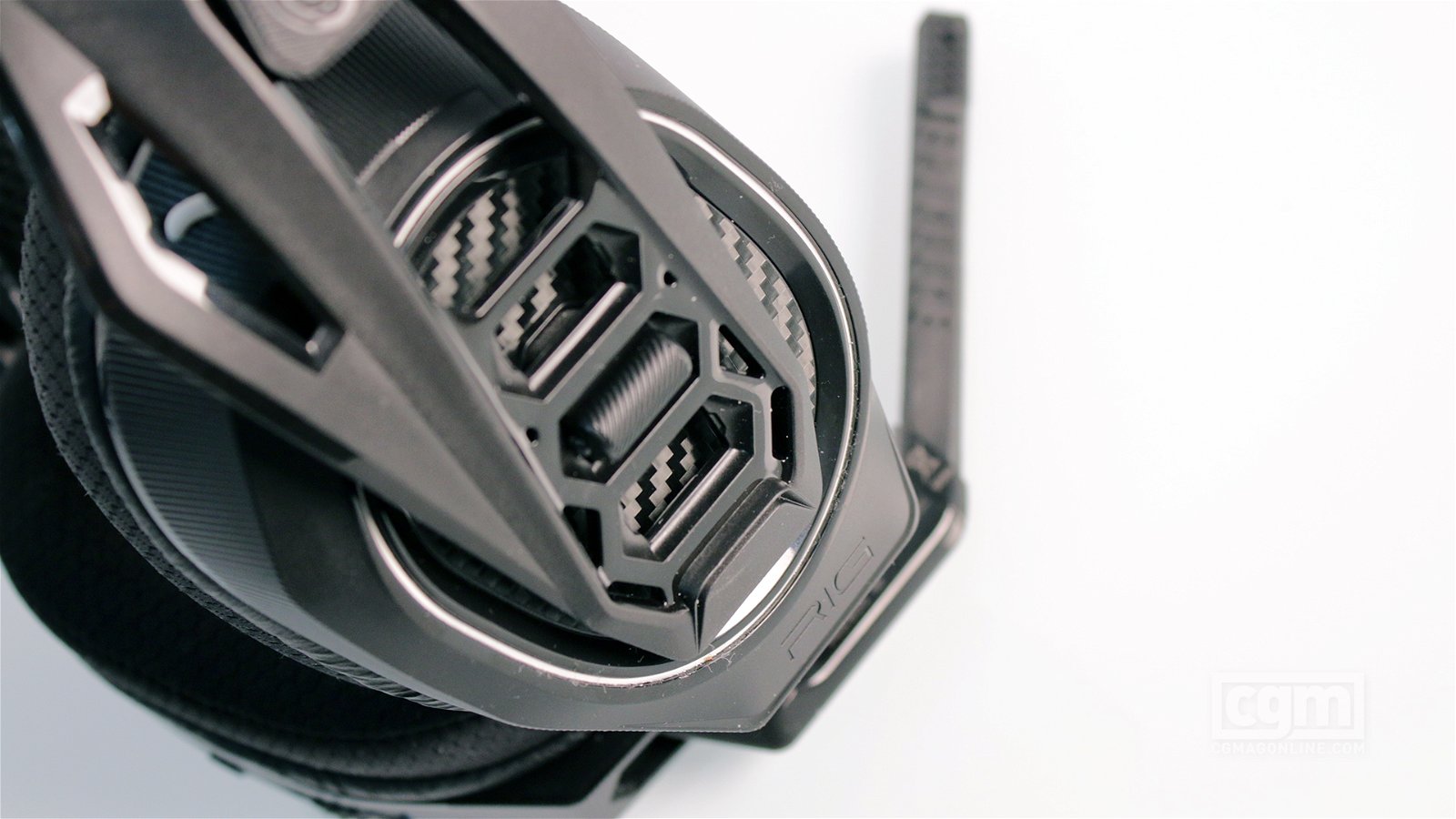 With the recent release of the Xbox One X, Plantronics has made a powerful play in the gaming headset market by being the first Microsoft approved partner to license Dolby Atmos technology, the next evolutionary step in entertainment audio. While most audiophiles swear that this tech can only be showcased by premium surround sound systems, Plantronics promises they can deliver a similar immersive experience for only $150 USD. Enter the RIG 800LX, Plantronics’ latest flagship wireless headset for Xbox One and PC players.

Included in the box are three core components, the Plantronics RIG 800LX Headset, a USB powered wireless hub and the included Dolby Atmos product code to activate on your Microsoft account. Normally a $15 USD optional purchase, the included Atmos code doesn’t just make the RIG 800LX come to life, but all of your previous and future gaming headsets as well as a permanent audio choice for any compatible piece of content. The catch to this Atmos tech is that it’s not built into the headphones’ drivers, but rather as an enhancement codec, which is why audiophiles will say a proper sound system is the superior choice.

Before we tackle performance, let’s look at what’s under the hood of the Plantronics RIG 800LX and its unique design. At the core of this audio experience are two 40mm drivers with built-in bass tubes capable of delivering a frequency response range of 20-20,000Hz. The surrounding oval shaped memory foam encapsulates the ears comfortably with cushioned material to isolate audio and relieve pressure from the user’s head during lengthy gaming sessions. The unique flexible frame and self-adjusting headstrap has become a trademark of Plantronics’ headsets and works perfectly in tandem with the memory foam drivers to adjust to the user’s head shape with ease. The headset also features a crisp sounding flip-out chat mic and built-in audio controls to mix your audio on the fly without needing to get out of your chair. The final major sell of the RIG 800LX is its efficient 1500mAh battery capable of delivering a full 24-hour charge of quality latency free wireless audio.

"The RIG 800LX proves that investing in a quality headset makes a major difference in the audio quality."

Unlike my past experience with Plantronics’ budget aimed headset, the 400HS, the RIG 800LX proves that investing in a quality headset makes a major difference in the audio quality. I would compare the performance to one of my favourite headsets in this price range, the SteelSeries Arctis 7’s. The drivers feel punchy during intense cinematic sequences and deliver great quality for the dollar as a Dolby 7.1 Surround Sound headset in a majority of titles. However, with the added bonus of included Atmos compatibility, the value sways in favor of Plantronics.

What makes Dolby Atmos the next evolution for entertainment audio is that it envelops the user in a 3D audio sphere. Unlike traditional surround sound that works off audio channels, developers can now precisely place sound around the user to deliver a more life-like experience. The most famous demo to showcase this 3D sound is the airplane demo, where users can accurately pinpoint the height of the plane as it flies overhead. Unfortunately, while this tech is being adopted quickly in movies, there’s not a massive library of games developed yet to showcase its power.

Out of my massive games library filled with hundreds of titles to choose from only Overwatch and Gears of War 4 stood out as Atmos compatible, so they will take their solemn place as proper test subjects for the RIG 800LX. Gears of War 4 didn’t blow me away like I hoped. While I certainly could hear more depth in the gun fights and close up encounters, showcase sequences featuring powerful explosions felt drowned out and weaker than their 7.1 surround sound counterparts. Despite my early disappointment with Gears, Overwatch is where the potential of this technology came through fully. Using Volskaya Industries first chokepoint as my playing ground, I was easily able to pinpoint where my enemies were located, what character they were playing and what their formation was. Reinhardt’s stomps would ring out on the ground, while Hanzo’s quick footsteps on top of the truck could still be heard above me as he swayed from side to side. Dolby states that Overwatch was the first game built from the ground up for Atmos for headphones and that certainly shows here.

The RIG 800LX is a powerful new competitor in the headset market for users to consider. While it’s Dolby Atmos technology isn’t an exclusive perk, the headset is more than competent enough to handle any type of game thrown at it and deliver a satisfying and immersive experience akin to some of the best competition offered on the market. Atmos may still be in its infancy for gaming, but as developers learn its tools and tricks, all of us players will benefit in the years to come as the library of compatible titles continues to grow and expand into new genres.

A retail version of this device reviewed was provided by the manufacturer. You can find additional information about CGMagazine's ethics and review policies and procedures here.

Final Thoughts
The Plantronics RIG 800LX is the first gaming headset of its kind to showcase the future potential of Dolby Atmos technology, the next evolutionary step in entertainment and gaming audio
More From CGMagazine