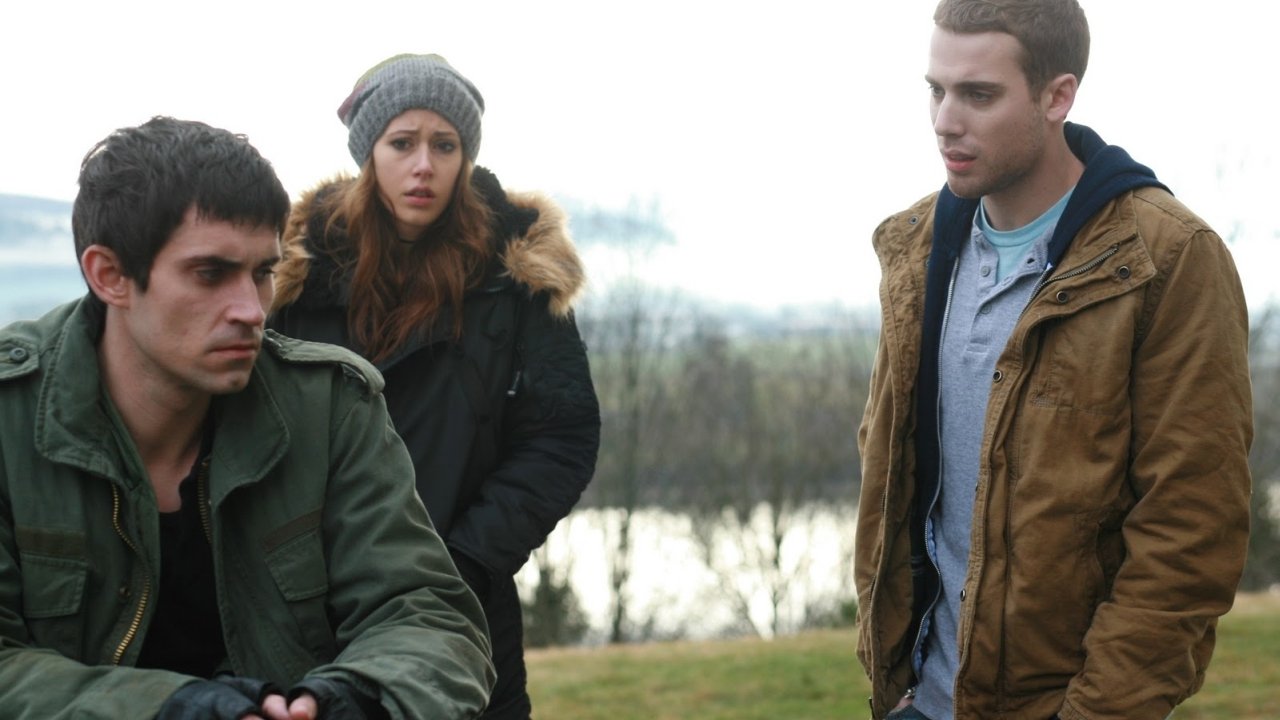 Presumably at some point during the production of Repeaters someone must have realized that they weren’t working on a particularly good project. It’s one of those movies that inspires comments like, “the production values are nice,” because that’s really the only positive thing that can be said about the movie. A professional crew clearly worked hard to make sure that this was the best looking piece of crap it could possibly be and they deserve some sort of praise for donating so much time and effort to a movie that fails on nearly every conceivable level. It’s clear when watching Repeaters that the filmmakers assumed the audience would be blown away by how clever and exciting they thought they were being. In reality, they were making a movie destined for DVD obscurity. Hopefully everyone in the crew was at least well compensated.

The movie is about three burned out addicts in rehab (TV acting 20-somethings Dustin Milligan, Amanda Crew, and Richard de Klerk) who are given a day pass to apologize to the people they burned during their former drug addled days. Unfortunately, the apologies don’t go as planned and they wake up trapped in the same day again. The day repeats over and over (see where that title came from?) with the three leads at first using the situation to cheat death and the law, before eventually realizing the futility of those behaviors and instead finding a way to use their extra time to make amends. Sound familiar? It should. The concept comes ripped straight out of the Groundhog Day screenplay, even maintaining the exact same message, just spelled out in a far more obvious and irritating way. The only change to the formula that the screenwriter devised was to drop the jokes and replace it with rape, drugs, murder, and ponderously dull dialogue that only thinks its meaningful. I know it may seem a little odd to rip apart Repeaters for mimicking Groundhog Day a few short weeks after praising Source Code for using similar narrative techniques in an sci-fi/action setting, but that movie at least had something new to do with the ever-repeating events formula. Repeaters just cuts the laughs out of Groundhog Day and tries to pretend it’s a new movie. It’s not and it proves how dull that concept can be without all the wonderful comedy writing.

Who could possibly be responsible for writing a dreary and shitty action/thriller riff on arguably Bill Murray’s finest hour? Why Arne Olsen of course, the man who previously disappointed audiences with the screenplays for Mighty Morphin Power Rangers: The Movie, All Dogs Go To Heaven 2, and Cop and 1/2. His script for Repeaters offers the same quality of writing found in those dubious titles, only with an added sense of self-importance that serves to make everything just that much more irritating.  Directing duties fell into the hands of Carl Bessai, an oddly productive Canadian filmmaker who cranked out 10 features over the last decade like Normal, Mothers & Daughters, and the Ian McKellen-starring Emile. The main thing that links all of Carl Bessai’s films together is an overwhelming sense of earnestness and seriousness that carries over into Repeaters unfavorably. The limp concept simply doesn’t deserve Bessai’s stark presentation and every ridiculous concept and self-important line of dialogue feels all the more creaky with the director presenting it as if he’s making art. He’s not. This is direct-to-DVD trash and while Bessai might be a talented craftsman more than capable of crafting an effective suspense sequence, his efforts are wasted on this terrible, terrible concept. The cast are all game and do their best to play things straight, but they aren’t really playing characters. They are playing character-types and stereotypes, which lends itself to TV-movie-of-the-week quality acting. Given that the actors are all well versed in bad TV and movies, I guess that’s appropriate, but I can’t imagine they’ll willing to highlight this entry on their resume any time soon.

Simply put, don’t see Repeaters. It’s a waste of your time and isn’t even enjoyable in a “so bad it’s good” kind of way. This movie is just bad and best-case scenario, all you’ll get out of the experience is an opportunity to reminisce about just how good Groundhog Day really was. The fact that this movie got made at all is inexplicable. Somebody must have had money to burn and wanted to get any movie off of the ground for the tax credit. But complaining about Repeaters any further isn’t even really worth the effort. The movie will disappear instantly and deservingly so. Just make sure that you remember the title so that you don’t accidentally pick it up from a DVD discount bin in a year or two. There are far better ways to spend your three dollars.

Repeaters just cuts the laughs out of Groundhog Day and tries to pretend itâ€™s a new movie. Itâ€™s not and it proves how dull that concept can be without all the wonderful comedy writing. 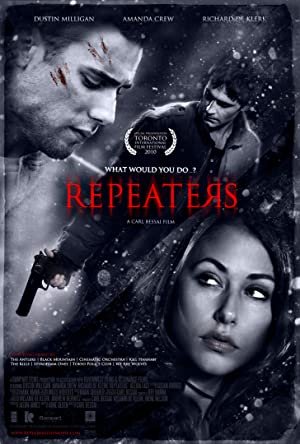