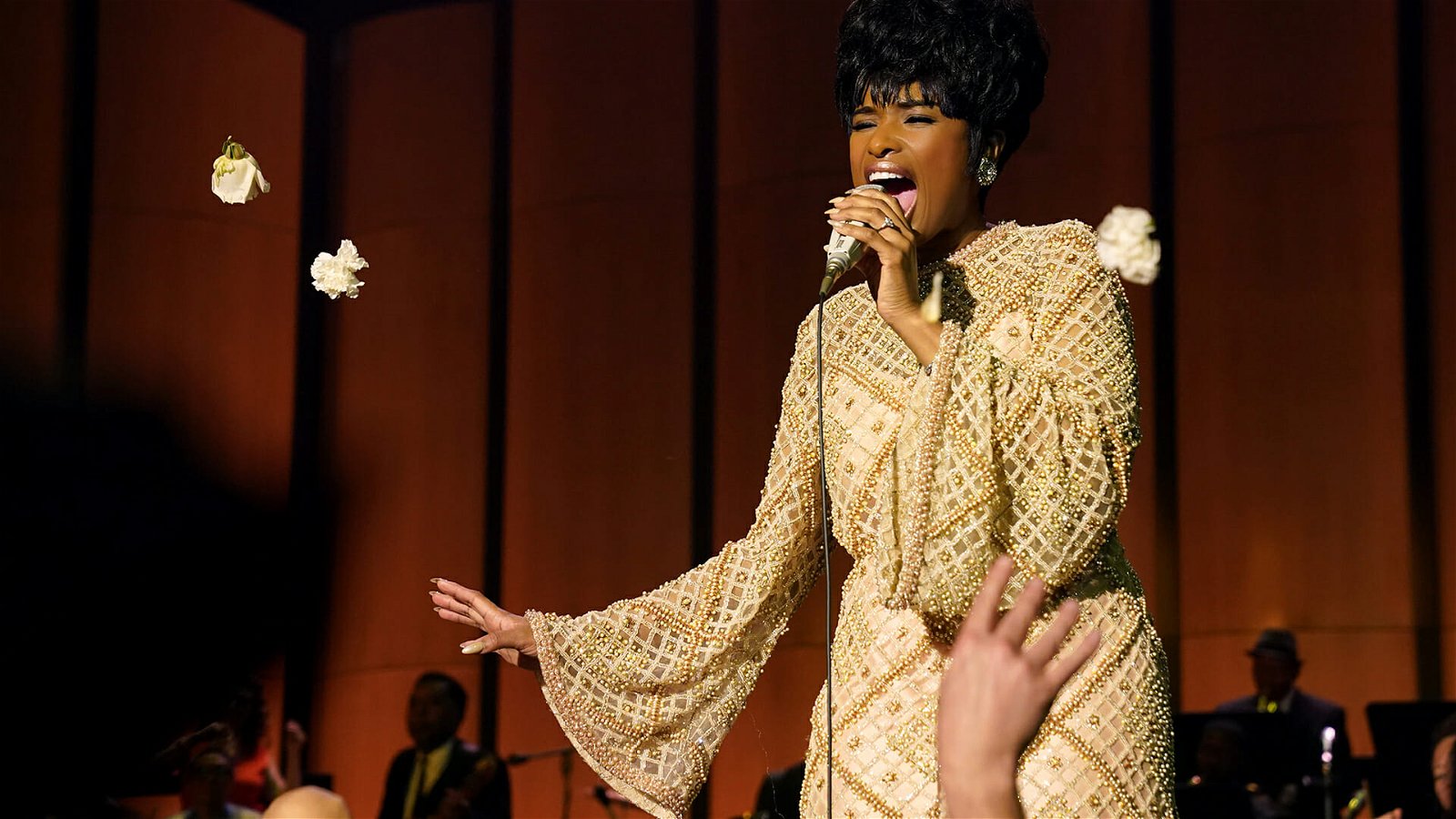 South African-American director Liesl Tommy’s feature film debut, Respect is a biopic focusing on one of the undisputed, greatest musical artists of our time, Aretha Franklin, who passed in 2018. The film stars the immensely talented Jennifer Hudson (American Idol, Dreamgirls), who was hand-picked by Aretha herself more than ten years prior to play the role following Hudson’s career-defining role in Dreamgirls, which netted her an Academy Award for Best Supporting Actress in 2007. Let that sink in for a moment. When “The Queen of Soul” asks you to portray her in the role musical role of a lifetime, that’s a lot of pressure, but also a sign of great faith and trust. And Hudson, who has matured as an artist and expanded her resume far beyond Dreamgirls in the years since in Hollywood, on Broadway, on television and in the music business, is no doubt up to the task, both as a singer and an actor. So, did she pull it off?

Respect focuses of the period of Aretha’s life and career starting from her childhood as a singer in her father’s travelling gospel caravan and the ups and downs of her early solo years until she discovers both her voice and immense success as a pop and soul music recording artist, enduring personal, marital and spiritual hardships until she ultimately comes to full circle, releasing her best-selling album, Amazing Grace, a live recorded gospel record, in 1972.  Aretha was a famously private person, so while her accomplishments, struggles and final destination are seemingly known to many, far fewer knew of Aretha’s journey, a wrong which the film aims to rectify.

Right from the beginning of the film we are introduced to the world through the wide eyes of a nine-year-old Aretha (played by Skye Dakota Turner), whose popular Baptist minister father has seized upon her vocal talents and regularly has her sing during late night parties held in the family home. These parties are attended by movers and shakers in the Black community, primarily gospel and pop such as Clara Ward, James Cleveland, Jackie Wilson, Sam Cooke, Dinah Washington, not to mention other spiritual leaders such as Martin Luther King Jr., all of whom would be major influences on Aretha’s music in addition to her father, Clarence LaVaughn “C. L.” Franklin. It’s within this petri dish of brilliant Black minds and bottomless talent that Aretha’s own prodigal gifts inevitably flourish, and it isn’t long before she transforms into a young adult (Hudson) and her father manages to negotiate a promising record deal with Columbia Records. But Aretha’s talent and mind can’t be so easily contained or controlled. What follows is a roller coaster ride of setbacks, failures and eventually triumphs as Aretha learns to find her own voice, and Hudson, assisted by a stellar supporting cast, effortlessly makes that ride entertaining and meaningful.

Respect also does well to touch upon Aretha’s activism and connection to the Civil Rights and Black Power movement, particularly her ideological connection and admiration for the aforementioned Martin Luther King, who as a close family friend and is fated to cross paths with Aretha on multiple occasions leading up to his assassination in 1968. Aside from a stirring, mournful, recreation of Aretha’s famous singing of Precious Lord at MLK’s funeral however, the film only pays a minimum amount of lip service to her involvement with those causes, likely in the interest of time. What Respect definitely doesn’t gloss over however is Aretha’s commitment to the Women’s Rights movement, a theme that several of her famous secular works such as “Never Loved a Man,” “Respect,” and “Think” all personify in their lyrics, and that Jennifer Hudson deftly channels in both her singing and acting performances as she portrays the Queen of Soul into her thirties. Something I also found intriguing is that unlike many other biopics featuring people of color that I’ve watched in the past, the the obstacles standing in Aretha’s way aren’t predominantly white men or their societal constructs.

That’s not to say that those undercurrents aren’t there — they are, as a pair of volatile bookend scenes and a very awkward sexual advance towards Aretha during her first meeting with Alabama’s Muscle Shoals Rhythm Section demonstrate — but these are nothing by comparison to the near-suffocating misogyny, rigid control and explosive violence exerted upon Aretha by her Evangelist father as well as her first husband, Ted White, who both took turns managing Aretha’s career (in that order) until her divorce from White in 1969.

Admirably, both in her acting and musical performances, Hudson’s portrayal not only lays bare the feelings of betrayal and loss of trust with both of these men (particularly White, who was literally the inspiration for “Never Loved a Man”), but also don’t shy away from the complicated, stickiness of those relationships, the former an unbreakable familial bond and the latter a love affair that proves almost impossible to leave behind. In that same vein the film doesn’t sugarcoat that Aretha was a victim of early childhood sexual abuse, and while the film politely refrains from naming the actual abuser, it makes sure to drive home on more than one occasion that as a result of these assaults Aretha was already a mother of two while she was still a child herself, and would spend much of her life running from the trauma caused by those incidents as well as other abuses that she suffered.

“Combined with her electric stage presence forged by over a decade in Hollywood, Broadway, and the recording industry, Jennifer Hudson effortlessly seals the deal as Respect’s dramatic lead.”

It goes without saying that Hudson, who befriended Aretha and worked closely with her in pre-production up until the time of her death in 2018, has channeled the Queen of Soul as closely as anyone could possibly hope to have done, especially given how unique Aretha Franklin was as a performer. At one point early in the film, one of Aretha’s mentors, Dinah Washington (played by Mary J. Blige) angrily scolds her protégé for attempting to sing one of her songs, shouting “Don’t imitate The Queen when she is sitting before you,” and as a fellow professional, Hudson wisely heeds this sage advice.

Hudson neither mimics Aretha’s vocals, nor does she simply go entirely her own way. Instead, Hudson incorporates key elements of Aretha’s powerful vocal style, pacing, and mannerisms into her own, resulting in a synthesis that I can only describe as Aretha Franklin via Jennifer Hudson, if you will, which in my mind is truly the best possible outcome for fans of either singer. Combined with her electric stage presence forged by over a decade in Hollywood, Broadway, and the recording industry, Jennifer Hudson effortlessly seals the deal as Respect’s dramatic lead.

Likewise, the film’s talented and star-studded supporting cast are a delight to watch chew up the scenery, including the aforementioned 12-year-old Turner as young Aretha, Mary J. Blige as Dinah Washington, Forrest Whittaker as Aretha’s flawed, menacing yet often charismatic father and manager, Audra McDonald as Aretha’s much-beloved mother, and Tituss Burgess (of The Unbreakable Kimmy Schmidt fame) in an uncharacteristically soft-spoken turn as music director James “The King of Gospel Music” Cleveland, among others.  A special shout also needs to be made for the film’s ensemble “jam” moments, in which Aretha and her fellow band members work through a song to feel it out until it eventually transforms into the hit we know and love, giving us an approximate idea of how its genesis may have come about.

But the biggest runaway performance aside from Hudson’s own is that of Marlon Wayans, whose incarnation of Aretha’s first husband Ted White is bound to provide audiences a villain that they will absolutely love to hate. Striking a bizarre middle-ground between an abusive thug, a paranoid reverse-racist, and a devilishly charming, silver-tongued businessman with an unmistakable eye for talent, Wayans’ deep comedy roots help him to pull off a character that is deceptively sympathetic and easy to dismiss as a comic foil at first, but all the while he dangerously simmers underneath until he violently erupts. During my screening, White’s appearance on the screen would initially elicit groans and incredulous chuckles from the audience when he would woo Aretha or lay it on thick during a sales pitch, but those reactions would quickly turn to gasps of shock the moment White lashed out and revealed his true nature, instilling genuine fear. Bottom line, director Liesl Tommy felt that Respect needed a villain, and Wayans plays the role to frightening camp perfection.

Respect is the first film I’ve seen this year that legitimately justifies venturing back into the movie theatres. Whether you are looking for a serious biopic or just some quality, crowd-pleasing entertainment, Jennifer Hudson delivers a portrayal of the Queen of Soul that like Aretha’s music and personality was much larger than life, and this film deserves to be seen that way, on the big screen.

Respect is the first film I’ve seen this year that legitimately justifies venturing back into the movie theatres. 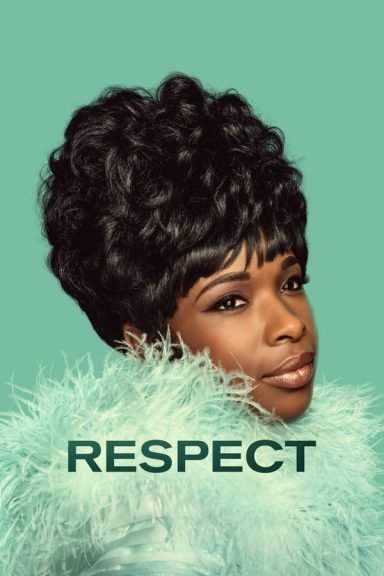