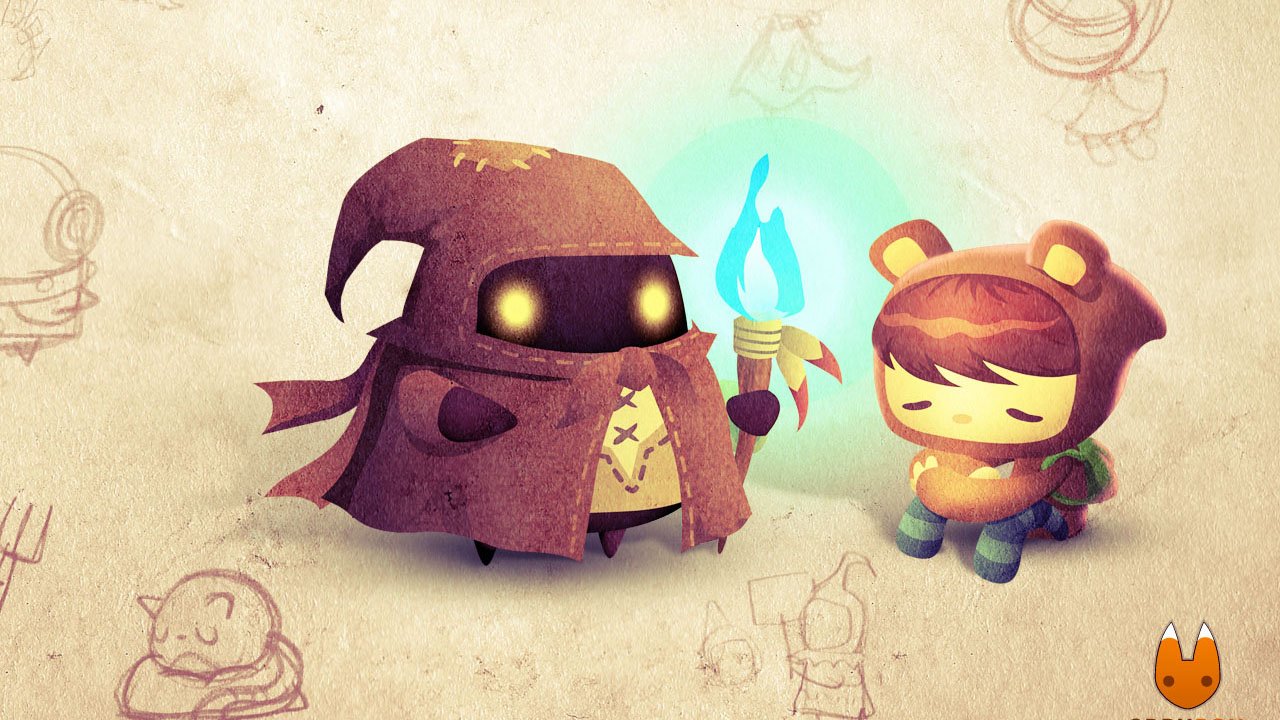 Spry Fox made an impression on mobile gamers with Triple Town, their incredibly clever take on the standard match-3 formula. The game combined matching threes of things with town building and rampant, yet adorable bears. They’ve taken this base and expanded it greatly in Road Not Taken. The result is a deep, unforgiving, and almost tragic—yet still adorable—puzzler about rescuing children during terrible winter storms.

In Road Not Taken, the player takes the role of a strangely magical forest ranger. In this bizarre world, these mysterious rangers are apparently not hard to find and nearly disposable. Indeed, it’s highly unlikely most players will get to the end of the game’s 15-year run without killing a great deal of these poor buggers. Each year is a randomly-generated level and the difficulty starts spiking up by the fourth year.

The game play is heavily focused on matching things, much like Triple Town, but the sheer level of things that can be combined by throwing them against other things is impressive. The ranger moves around in four directions, and can grab most of the objects on the screen—be they trees, animals, people, statues, whatever. The problem is, once picked up, an item can only be thrown in the direction the ranger picked it up in.

To make matters more complicated, the ranger will pick up any and all items around him at the same time, which can lead to a variety of troubles. He can also pick an object up and move around with it, but doing so costs life energy. Being attack by angry wolves, bees, raccoons, and other wildlife (even plants) costs life energy. Walking over forest spirits or picking up fire costs life energy…  You see where this is going.

In the harsh winter landscape of Road Not Taken, everything wants to kill you. Death is permanent and the game doesn’t allow you to start back at the beginning of the last year. Instead, it dumps players back to the very beginning of the game with a new ranger. This is annoying on many levels, but mostly because it creates an eventual sense of repetition and frustration. It makes the game feel a bit like a more unforgiving, yet cute puzzle version of Dark Souls.

Between treks to the forest to rescue the freezing children, the ranger can visit the town and interact with an eclectic cast of characters. Sometimes, they’ll give the ranger presents for good deeds and the ranger, in turn, can gift them items he’s acquired in the forest. Gifting things makes the townsfolk like him more, which leads to more rewards.

Finding secrets is a huge part of the game. Combining cut branches, for instance, leads to a nice, warming fire. Combining different colored forest spirits can lead to horrible death-dealing ghosts. Picked up a pig with a fire nearby? Throw him in for a delicious, life-giving pork roast! There’s a plethora of combinations to discover and this accumulated knowledge leads to greater ability to rescue the children.

Maps are made up of several interconnected “rooms”, which are frequently blocked by barriers that require specific combinations of objects. There are almost always multiple paths to rooms, so if a barrier is too hard to overcome from one side, it might be easier from the other. It’s also incredibly easy to accidentally foil yourself with a mis-thrown object that makes overcoming an obstacle tougher, if not outright impossible.

The game’s underlying dialogue and storyline is engagingly downbeat and adult. This is a beaten down town used to tragedy and the game reflects this sense of depression well—almost in direct contrast to the beautifully odd, colorful graphics. That unique sense of tragedy underlies the choices the game gives players.

Strictly speaking, the ranger only has to rescue half of the missing children. Since some of them are on deviously designed layouts, it’s possible to choose personal safety over the poor kids and just move on. Doing so, of course, means those kids perish in the cold. Also, the townsfolk don’t take too kindly to this lack of altruism. Such moral dilemmas add an amazing sense of urgency and emotional complexity to the overall experience.

Road Not Taken takes a really simple concept—throwing and matching objects—and melds a beautifully stark and evocative atmosphere to it. The game is full of secrets and surprises, clever puzzles, and procedurally-generated levels, so no level is ever quite the same.  The intentionally unforgiving difficulty is still off-putting and feels unnecessary at times, but the endless charm of the world and game play is well worth the effort.

In the harsh winter landscape of Road Not Taken, everything wants to kill you. Death is permanent and the game doesn’t allow you to start back at the beginning of the last year.