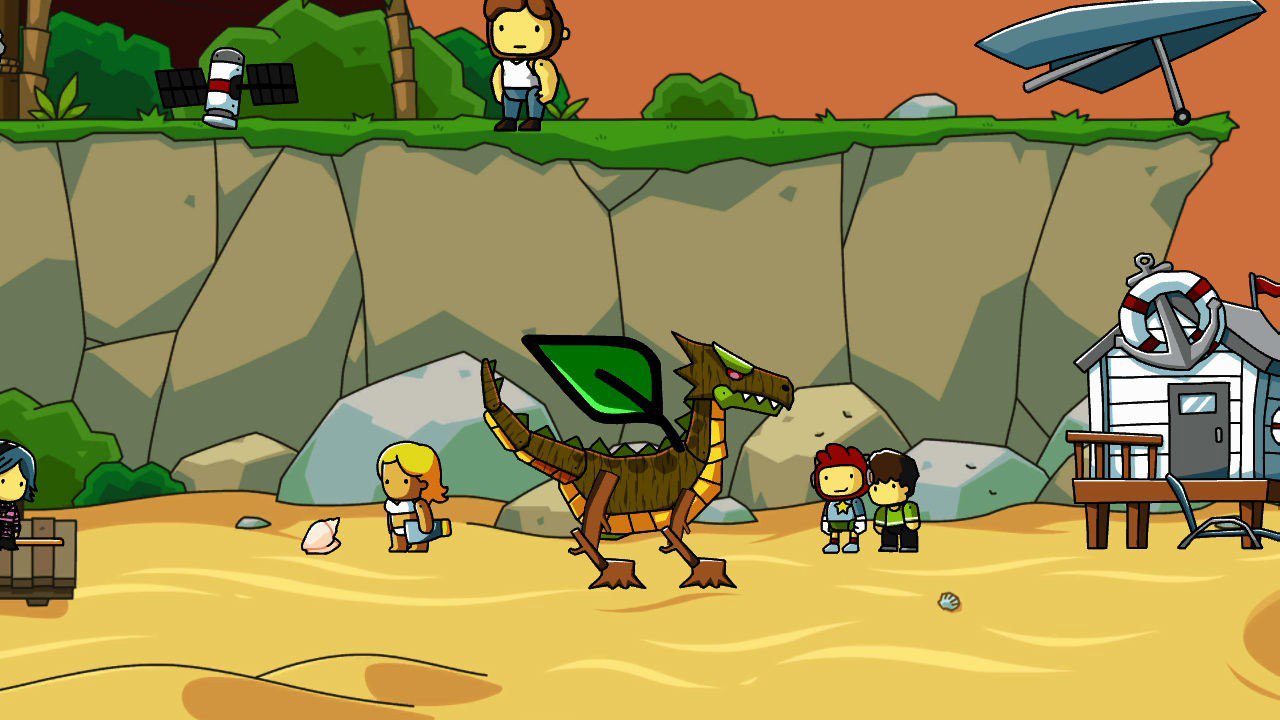 When the collection of Wii U launch titles was announced, Scribblenauts Unlimited probably wasn’t one that caused potential early adopters to dance a jig of delight. However, having spent a little time diving into the creative sandbox that 5

Cell whipped up for our enjoyment, I have to say it’s a pleasant surprise slotted in amongst the explosion of new titles. This isn’t a game that wows on story, maximizes the potential of the two screen gaming system, or even shows off the graphic horsepower of what the Wii U is capable of. However, it is a surprisingly deep and creative game that thrives on allowing players to let their imagination run wild while interacting with the world and creating their own toys to play with. Ever wondered who would win in a fight between a T-rex, Cthulhu, and a dozen zombie kittens? Well, Scribblenauts Unlimited will finally answer that question that has plagued man for centuries. That it does so in a colorful cartoon fantasy designed primarily for children ensures that this is at least something guaranteed to get an entire family of gamers excited.

If you haven’t dabbled in previous entries in this series, here’s the basic mechanics in a nutshell. You play as the precocious kid Maxwell in a 2D side-scrolling cartoon world. You’ll wander around and jump like a normal platformer, but Maxwell has a special gift that allows him to draw and create any object or creature at any time. You’ll do it by typing what you want to see into the gamepad. Maxwell then draws it up and in a flash you’ll have a vampire or a dead dog right in front of you. The lengths that the designers went to ensure that absolutely anything you imagine can appear in a flash is simply mind-boggling. Aside from trying to create a naked lady, booze, or gory remains, you really can come up with anything. Nintendo even allowed licensing for the first time, so folks like Mario, Luigi, or Link can pop up if you wish (though sadly nothing from the WB catalogue, which is a bummer because seeing Batman fight some Gremlins and Freddy Kruger would have been nice). You can also toss any adjective onto your objects, so if you want to see a sleepy tiger or a crying clown, you’re but a few clicks away. 5th cell has even added an Object Editor system this time, so if you wish that gorilla you created can be purple, 20 feet tall, and have a tiny head with googly eyes, it can happen. The object editor is easy to use, but a little tedious. However, the magic of online gaming means you have access to anything other gamers have created worldwide.

The most fun to be had in Scribblenaughts Unlimited comes simply from messing around with this mechanic and creating wacky objects. The purpose within the game is puzzle-solving. As you wonder around as Maxwell you’ll encounter strange problems and come up with even stranger solutions. If a lawn needs to be cut, you can go the conventional route and use a lawnmower or just light it on fire with a flamethrower. When a vampire asks for something to eat in a restaurant, a glass of milk or a baby will get the job done just as well. It’s a simple mechanic, but a fun one and the designers have come up with all sorts of creative puzzles to solve (at one point I entered a firehouse assuming I’d just be helping build a firetruck, but ended up building a giant robot to machine gun down zombies…true story). Unlike previous entries in the series, you won’t be forced to progress through the puzzles linearly. Nope, you gradually unlock the massive world and can then float around to solve puzzles any place you please. Possibly even more than GTA, this game perfectly embodies the concept of sandbox gaming. The world the designers created is yours to explore and modify and more joy comes out of messing around with the seemingly limitless possibilities than progressing through the puzzles. There’s also a story this time that involves Maxwell doing good deeds to save his sister from turning into a statue and you can find and unlock a variety of his brothers throughout the quest. But honestly, this served to be more of a distraction than anything else. Scribblesnaughts is made for creating and playing, not for following a narrative or even pretending to care about the characters (seriously, when you can clean a room by creating a black hole or bring in God to help with your problems, who cares about logic or storytelling?).

In a weird way, it’s both a deep and shallow game. Within the basic creation mechanics the possibilities seem limitless, but at the same time you’re really only doing one thing and it does get old after a while no matter how many mock superheroes you set on fire and strike with lightening. Also, while the game does have a gorgeous presentation that looks good on an HDTV, it’s maybe not the greatest franchise for a console. Since gameplay occurs simultaneously on the gamepad and TV screen, you’ll spend 95% of the time staring at the controller. That’s where all the creation happens and more often than not you’ll forget that the thing is even playing on your television. It’s a problem that’s becoming an increasing issue on the Wii U and something that’s particularly tough here. Unlike a DS or 3DS where both screens can occupy your field of vision at once, the Wii U set up really depends on gamers favoring one screen over the other. That’s something that opens up an equal number of design possibilities and challenges, so we’ll have to wait and see how it turns out over the console’s lifespan. In terms of Scribblenauts Unlimited, the presentation is flawed, but that never detracts from the fun too much. I suppose it’s an ideal game to play on the controller while someone else is watching the TV. Overall, it is quite a fun game and one geared to a younger crowd with enough creative possibilities to grudgingly bring over some semi-adults as well. It’s not a killer app for the system or even a future cult classic, but it can be a hell of a lot of fun to goof around with. So if you’re looking for a Wii U launch title that you won’t just toss aside in a few weeks, you could do far, far worse than this.

The most fun to be had in Scribblenaughts Unlimited comes simply from messing around with this mechanic and creating wacky objects. 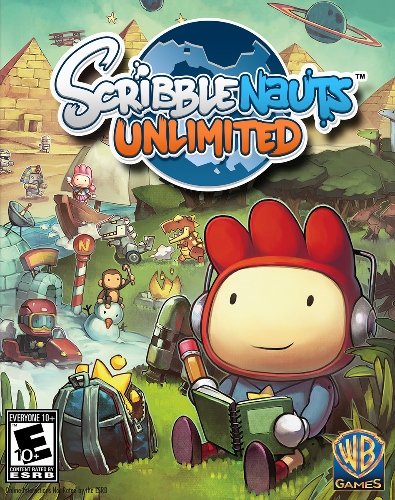